How can I be sad when I have breakfast, lunch, and dinner?
Recent Posts | Read from the beginning | About
Showing all posts filed under: mac n cheese
Next >>

You would think that after eating way too much mac n cheese and fried mac n cheese cubes that I would just stop making mac n cheese altogether. But no. I just stopped baking it in the oven and turning them into fried cubes. When I was a little kid, I loved baked mac n cheese, but I think my tastes have changed over time. 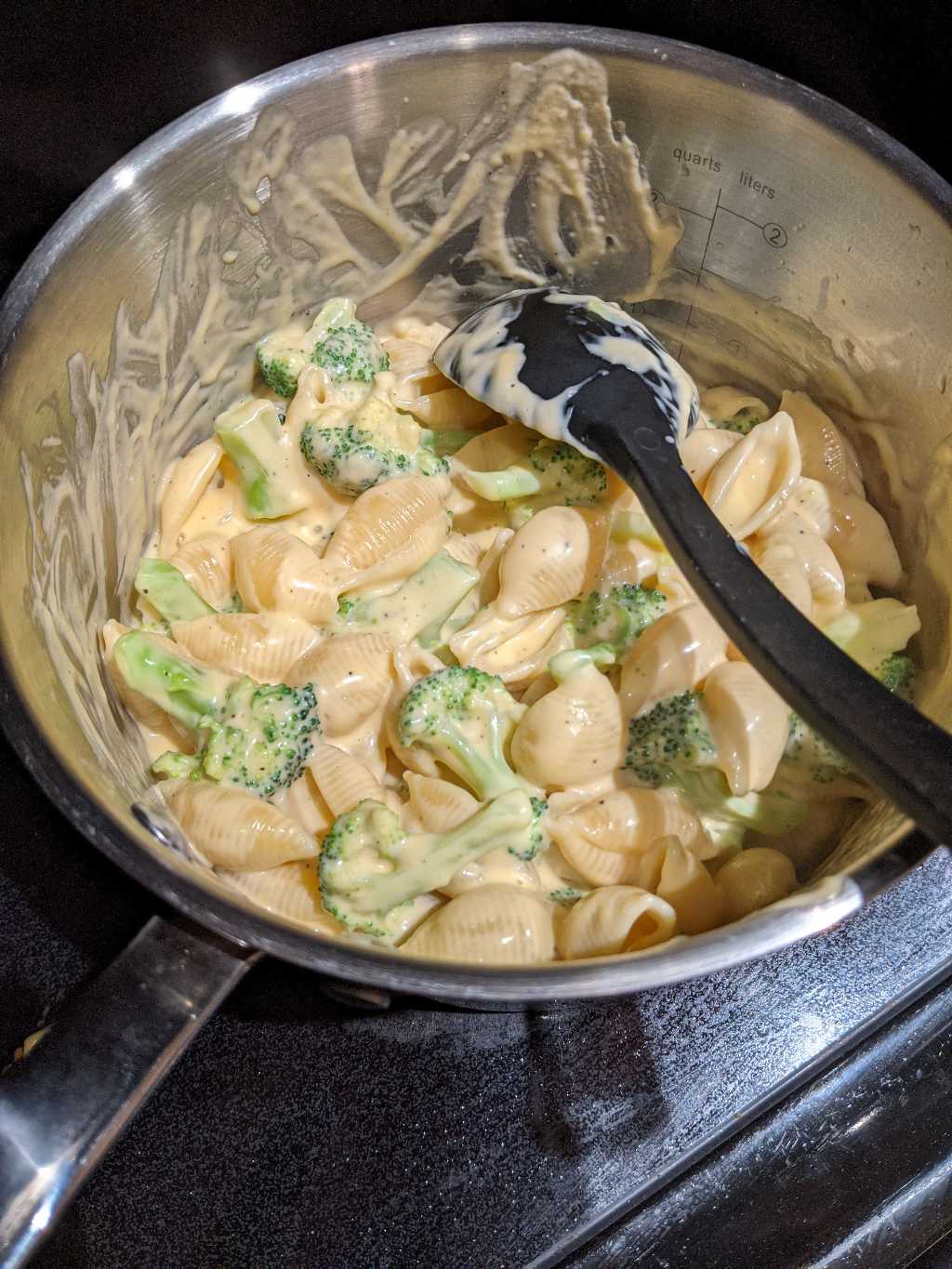 I saw this broccoli shells and cheese recipe on How Sweet Eats and I immediately saved it for a time when I would buy too much milk and needed to use it up before it expired. 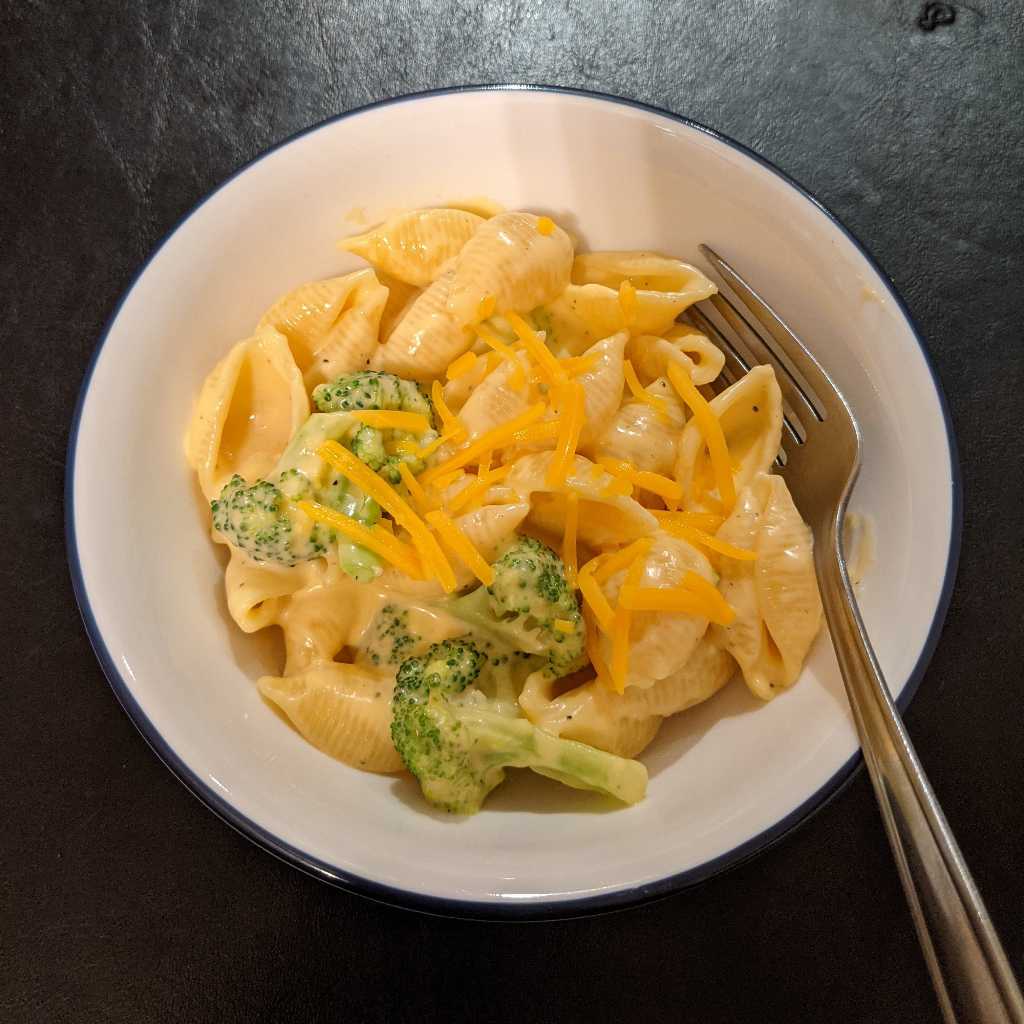 For some reason I thought mac n cheese was hard. This was actually so easy. The recipe said to use freshly grated cheese, but pre-shredded works perfectly fine. It tasted great, and I might decide to make this for Thanksgiving next year. 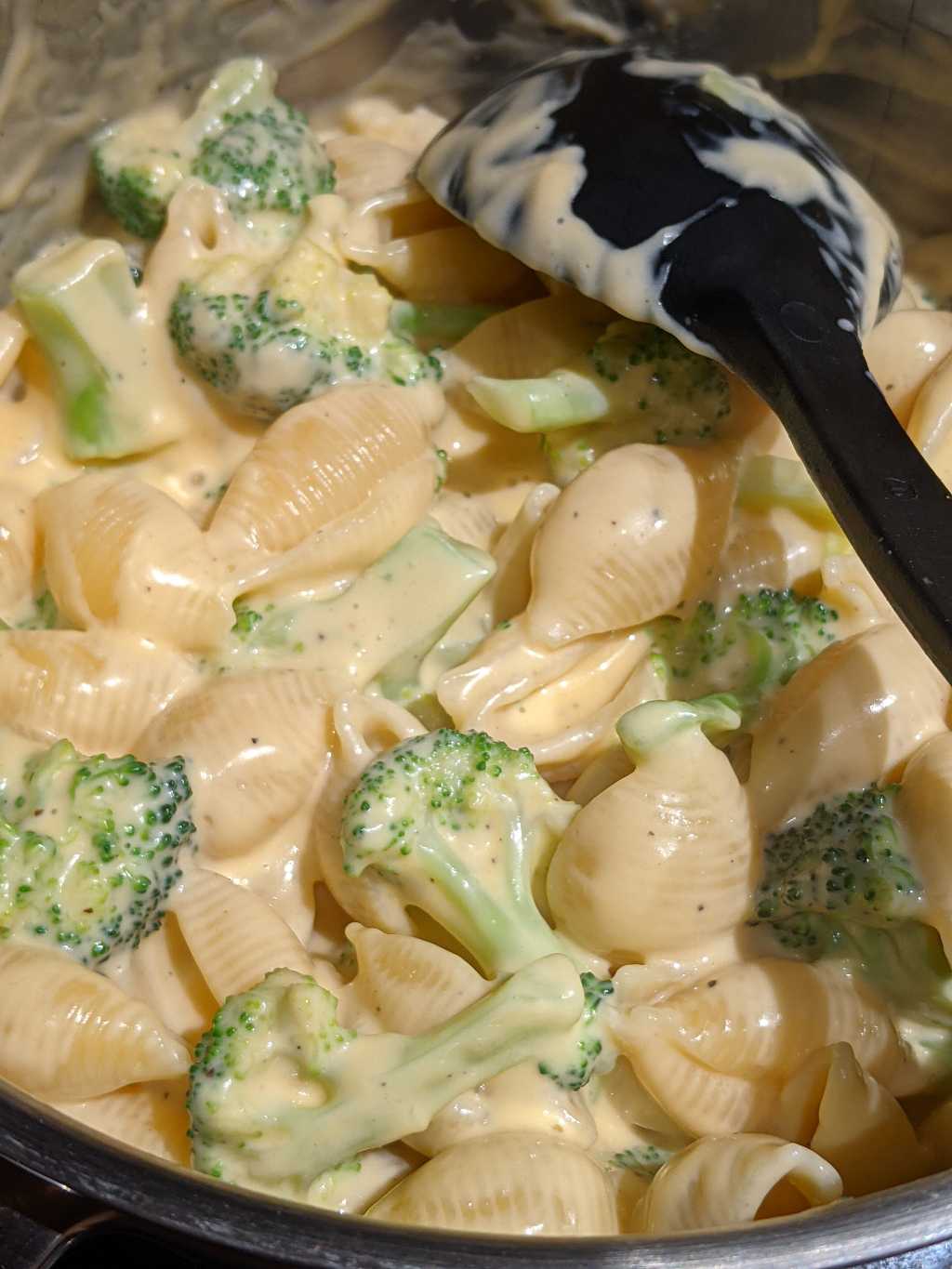 Happy Thanksgiving! It's December 31, and my family is having Thanksgiving dinner, and tomorrow we're celebrating Christmas. Because that's just how my family rolls.

Remember that incredibly large portion of mac n cheese I made last last Thanksgiving? Remember how I deep fried some of it a week later? And then deep fried more of it in February but still had some left over? Well, I finally finished deep frying all of it. In April. But I had these photos on my Pixel and I only just got my app in a state where it's able to upload photos.

I don't remember much about this, but I do remember taking the photo on the Pixel and thinking "Whoa! This picture quality is waaay better than my old iPhone" 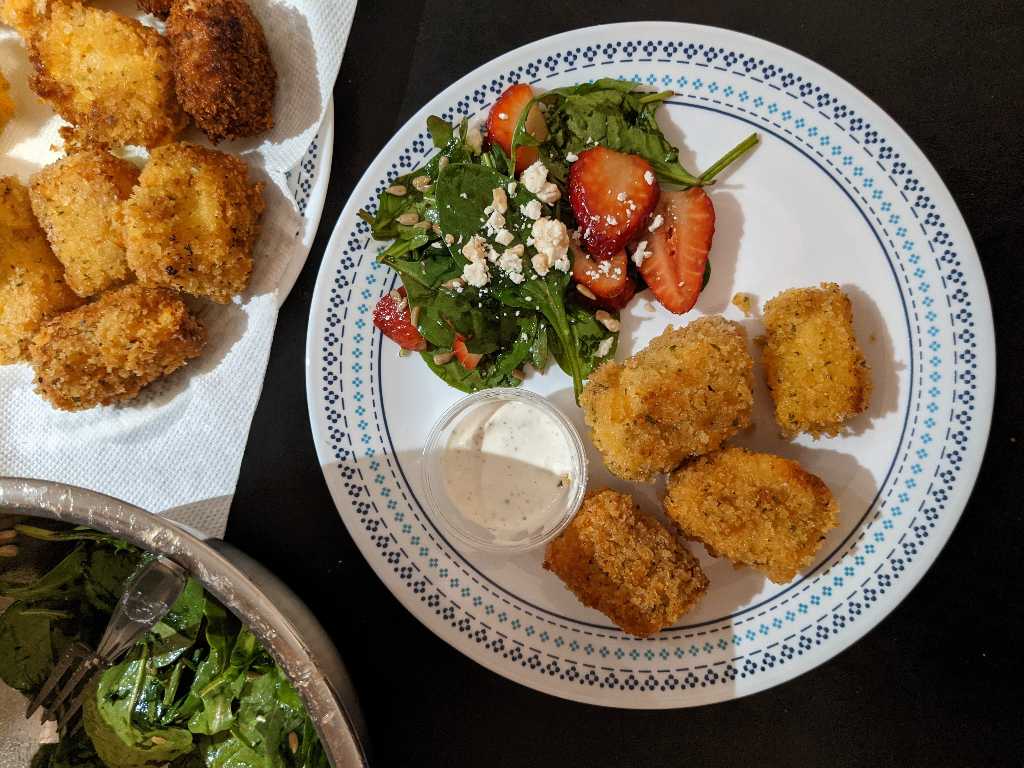 If you read the table in my last post closely, you'll notice that I had mac n cheese a few times. As you know, I made a gigantic batch of mac n cheese last Thanksgiving and I still have way too many frozen mac n cheese blocks sitting in a bag. So I decided to fry up some more of these.

I reread my old fried mac n cheese post, and I had suggested to myself to dip the blocks in flour before dipping them in egg. So I tried that this time. Did it make a difference? I have no idea. 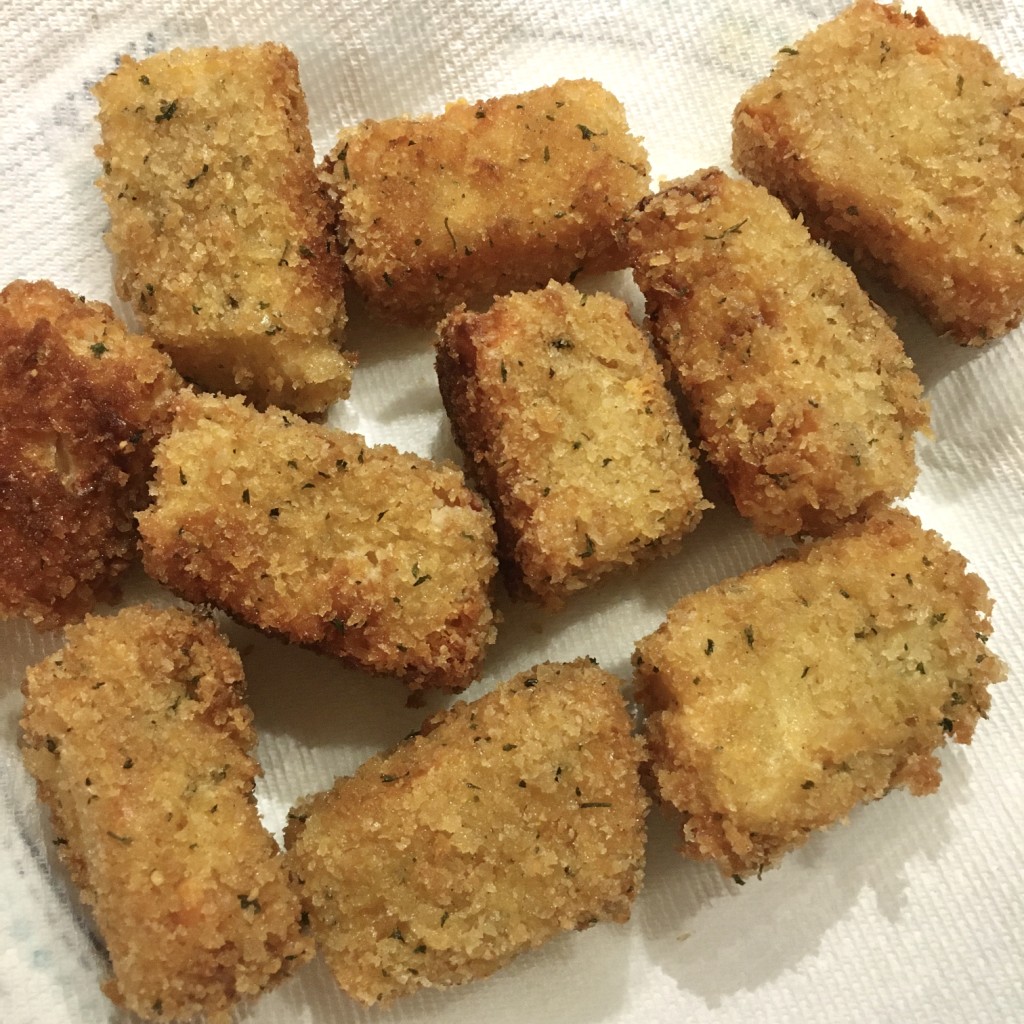 But you know what? This deep frying experience was...much less flail-y than I expected it to be. Maybe deep frying food isn't that scary. I just had to not turn the heat up so much. That must be the cause of so much of my cooking anxiety growing up. My mom always insisted on everything being cooked on high heat, but you know what that resulted in? Flying pieces of cabbage and a huge oil burn on my leg.

But not this time. This went surprisingly well. 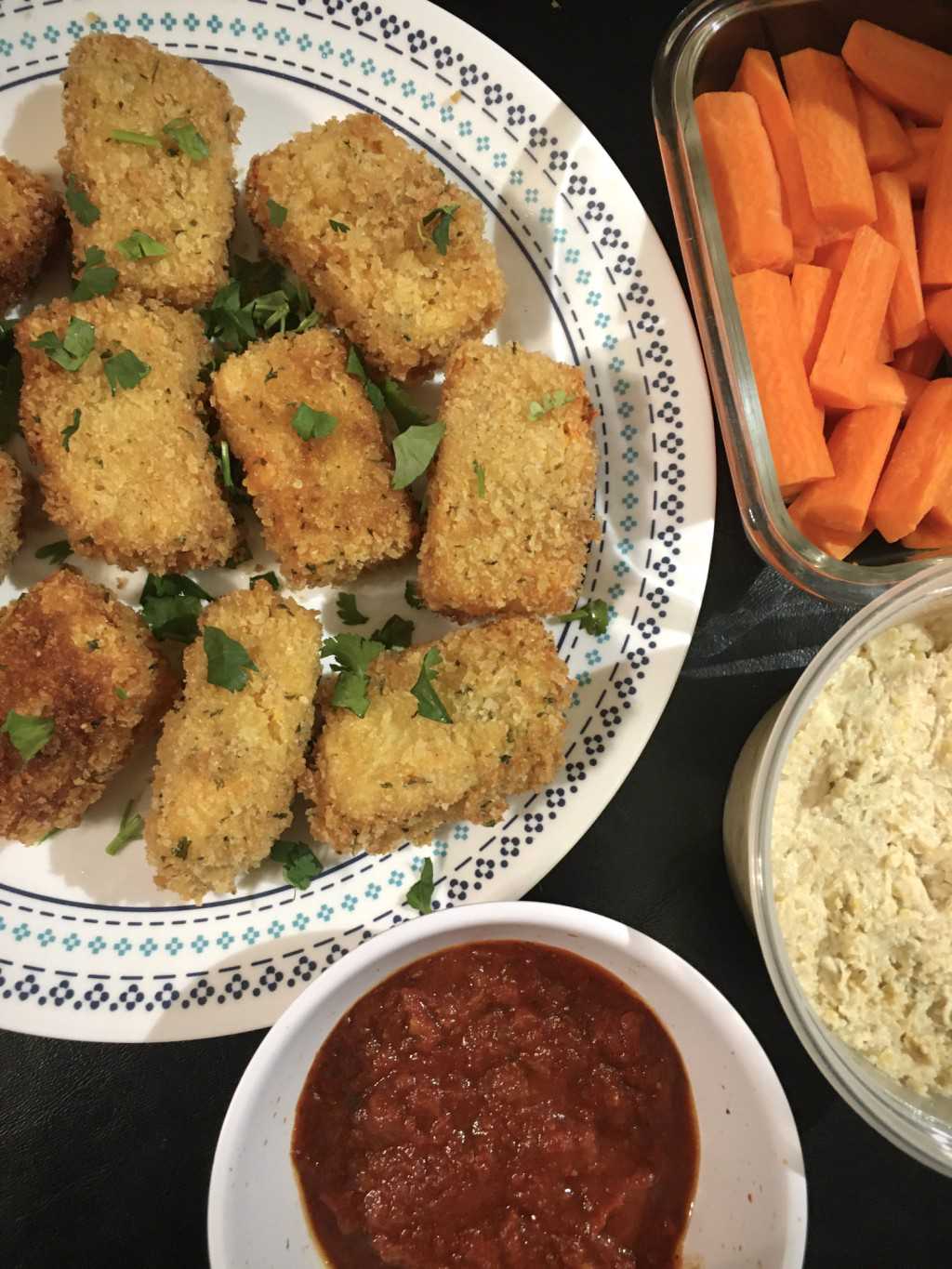 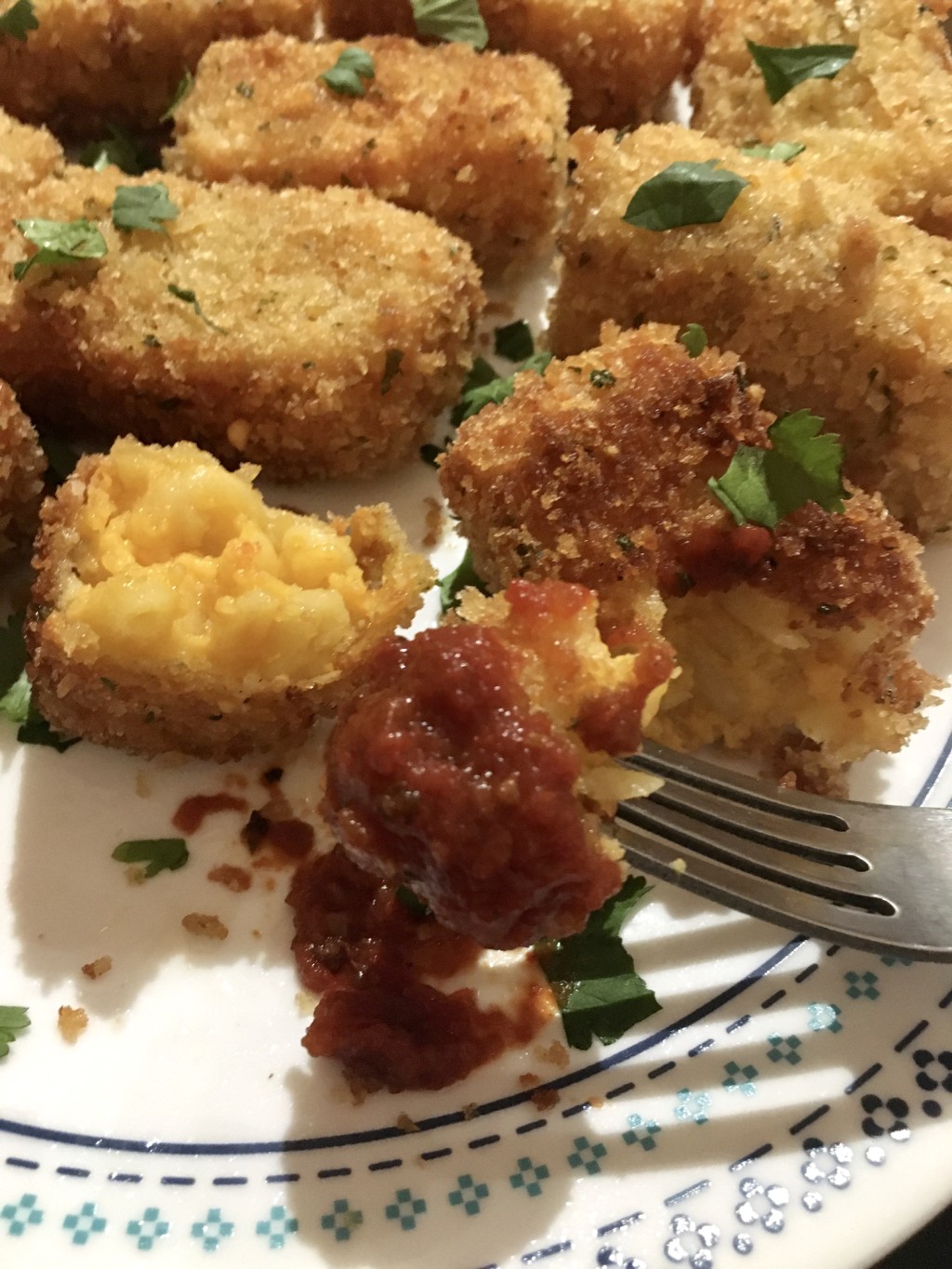 There was one point last year where I took this book called Cook90 out from the library. It's about a challenge where you cook all the food you eat 90 days in a row. That's a lot of time. I didn't do that. I just got it because the recipes looked good.

One of the concepts in this book is something called "nextovers". Basically, you cook things, and then you use what you cook, to cook something else. I do this all the time, but I never came up with a fancy term for it.

Anyway, because I had a ridiculous amount of mac n cheese left, I figured I'd give it the "nextover" treatment. I really love ordering fried mac n cheese balls from restaurants, so why not try to make it myself? So, shortly after I made this mac n cheese, I went and cut it up into little cube things. Honestly, I should have cut them smaller, but this was already way more work than I wanted it to be.

I looked up fried mac n cheese ball recipes, and I found one on Damn Delicious. You literally take mac n cheese, roll it up in a ball, dip it in egg, coat it in breadcrumbs, and deep-fry it. Okay, that's barely a recipe, but whatever, let's try it. And I already have breadcrumbs because my aunt mailed me some!

I think this turned out...okay. I guess fried mac n cheese only tastes as good as the pre-fried version. If I try this again, I think I need to use flour as well. Dip it in flour, then egg, then breadcrumbs.

Also, I don't think I quite know how to deep-fry things. I was just telling one of my friends how I don't bother putting a thermometer in the oil. I just kind of wait for the thing to be able to sizzle, and hope for the best.

I ended up overcooking the second batch. Oops. I made about 12 of these and that used up all the breadcrumbs I poured into my bowl. I still have a lot of mac n cheese, but I was staring at the weird looking cubes thinking "Okay, I need to stop."

Moral of the story: when you want mac n cheese, make a very small batch.