How can I be sad when I have breakfast, lunch, and dinner?
Recent Posts | Read from the beginning | About
Showing all posts filed under: noodles 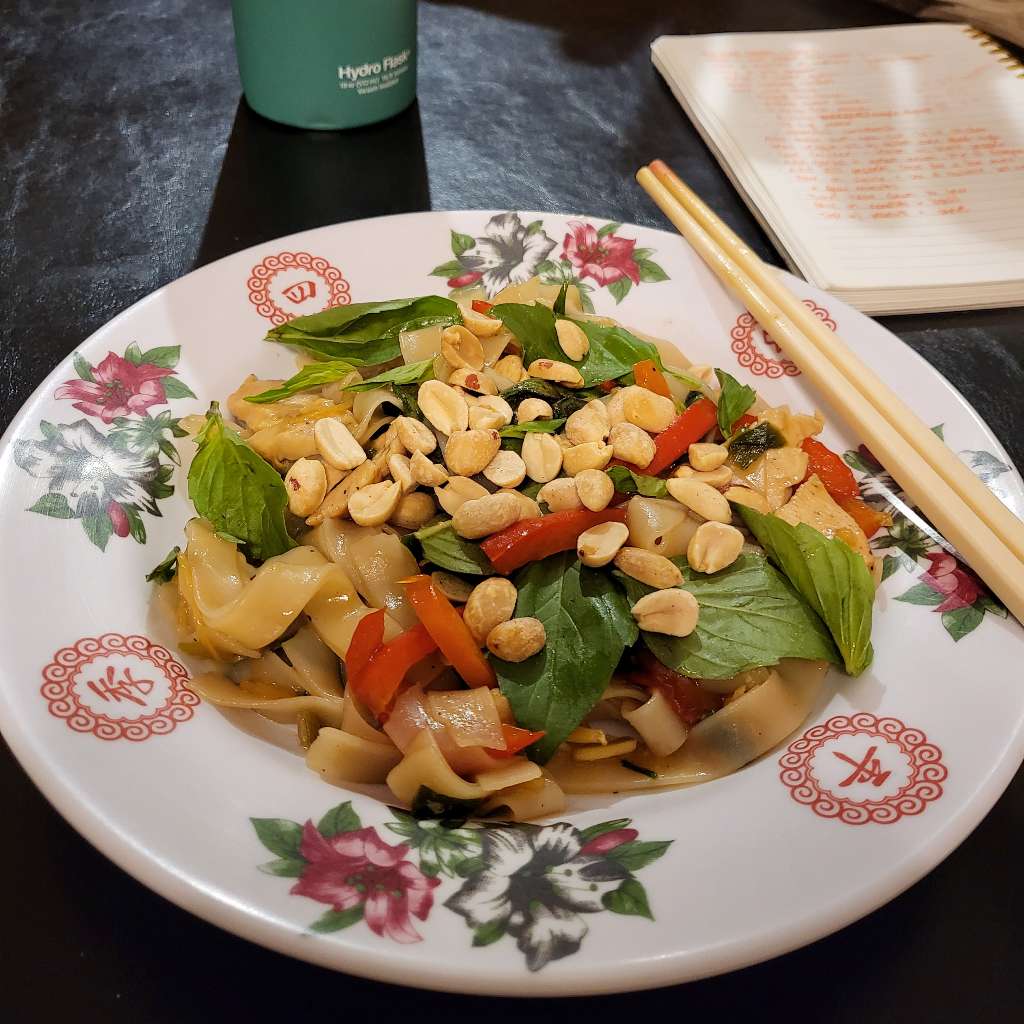 Last May, I visited my dad. This was a hard trip for me because he wasn't feeling well, but I thought it was worth it to be with him to try and help him out. My sister also flew across the country to join for a few days, and I was really really happy that she was there. This was partly because she cooked and baked some amazing food, but really, I just appreciated how her presence was able to lift my spirits. 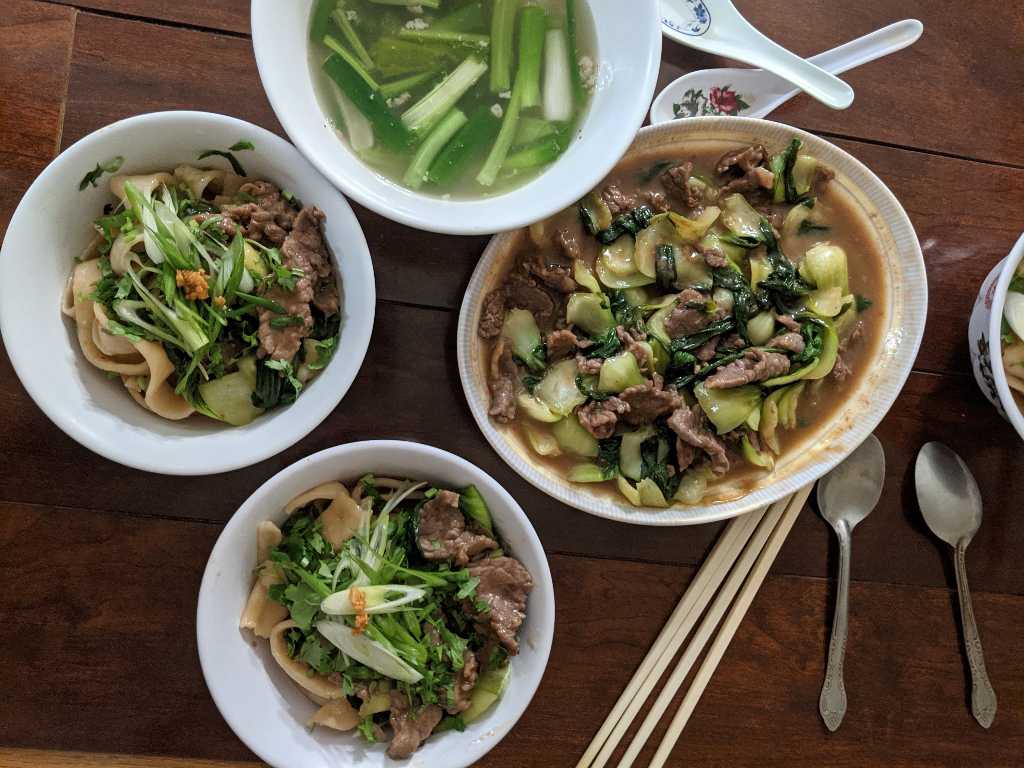 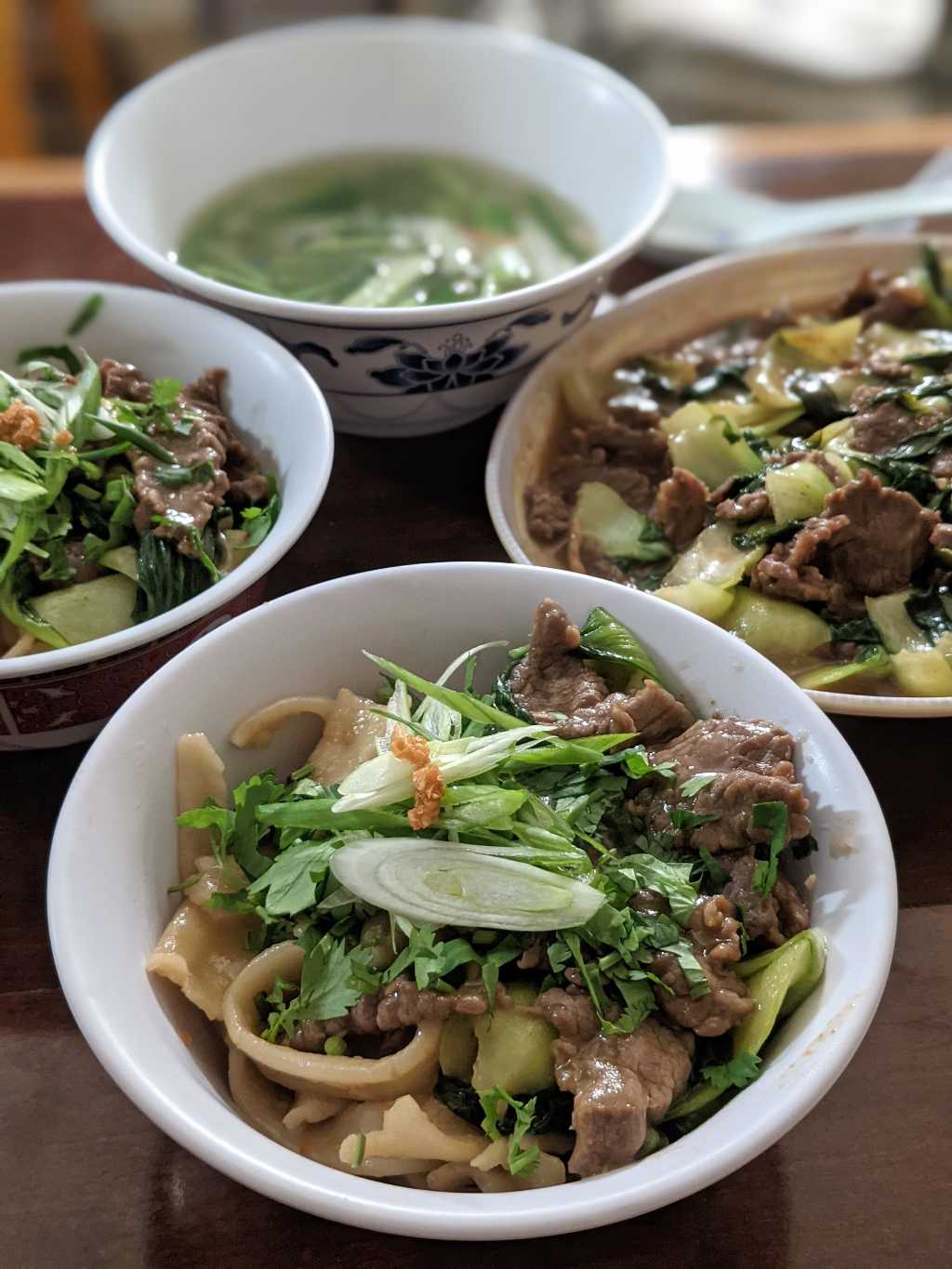 Filed under: sister appreciation cooking for others noodles 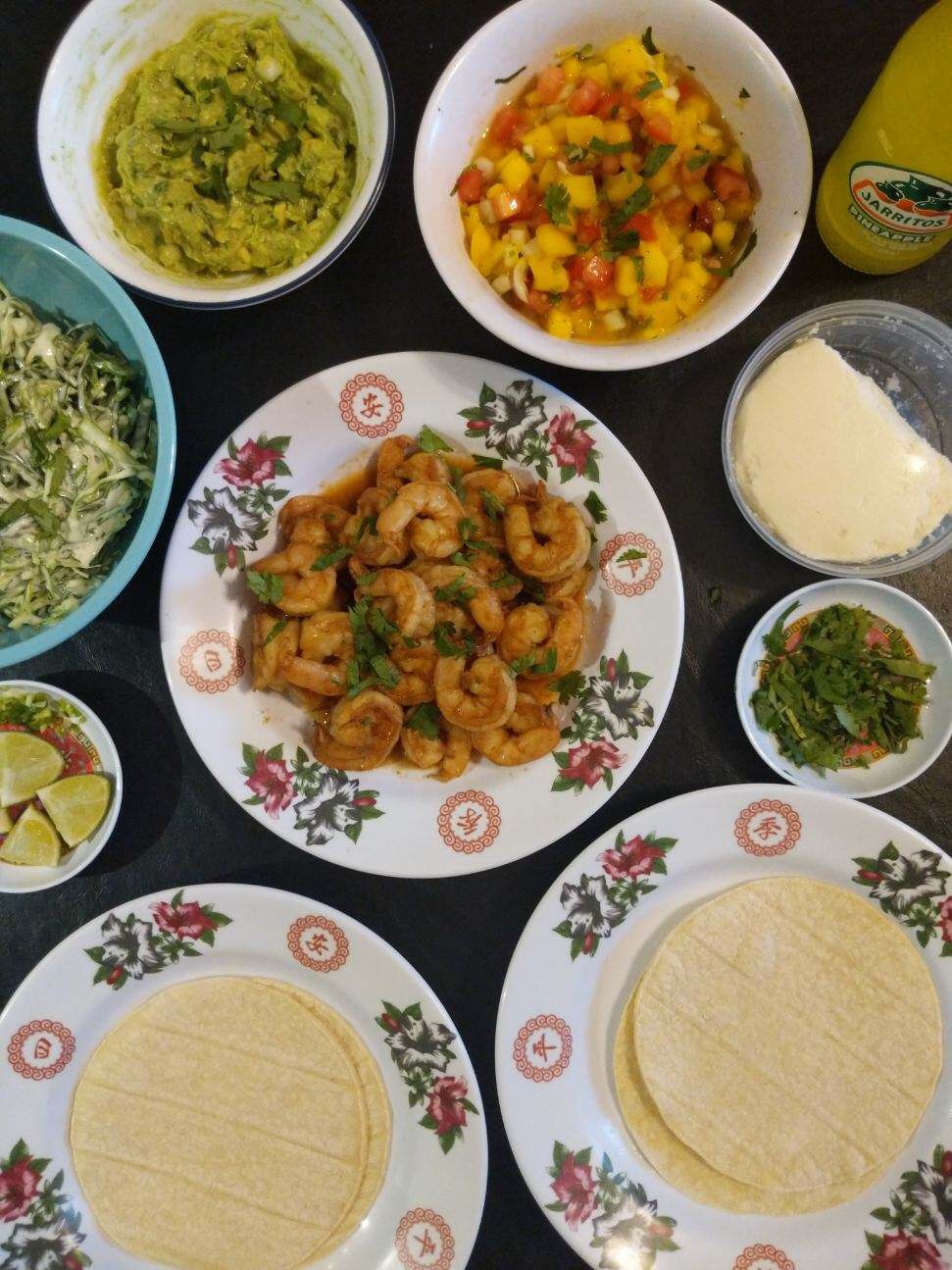 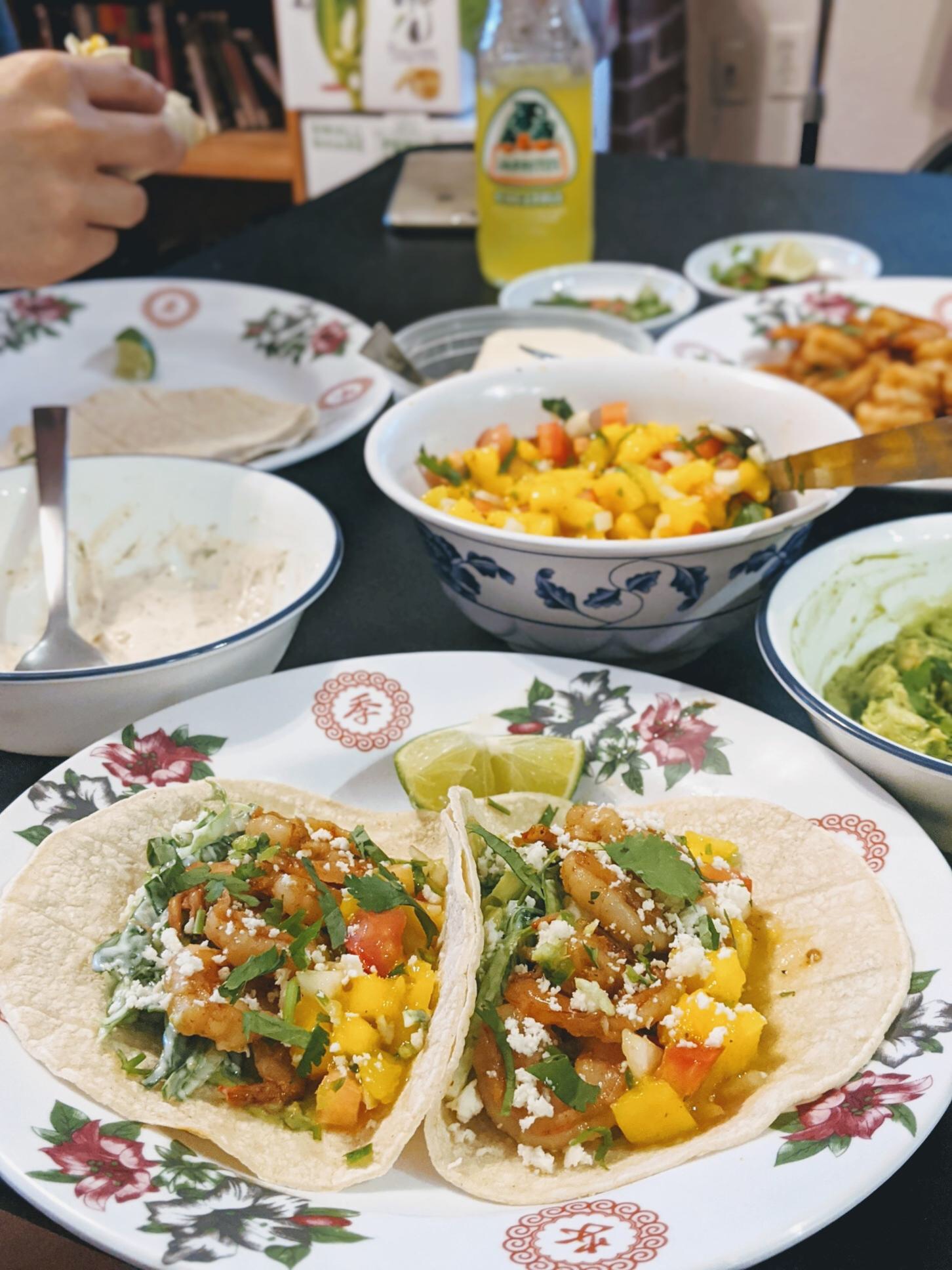 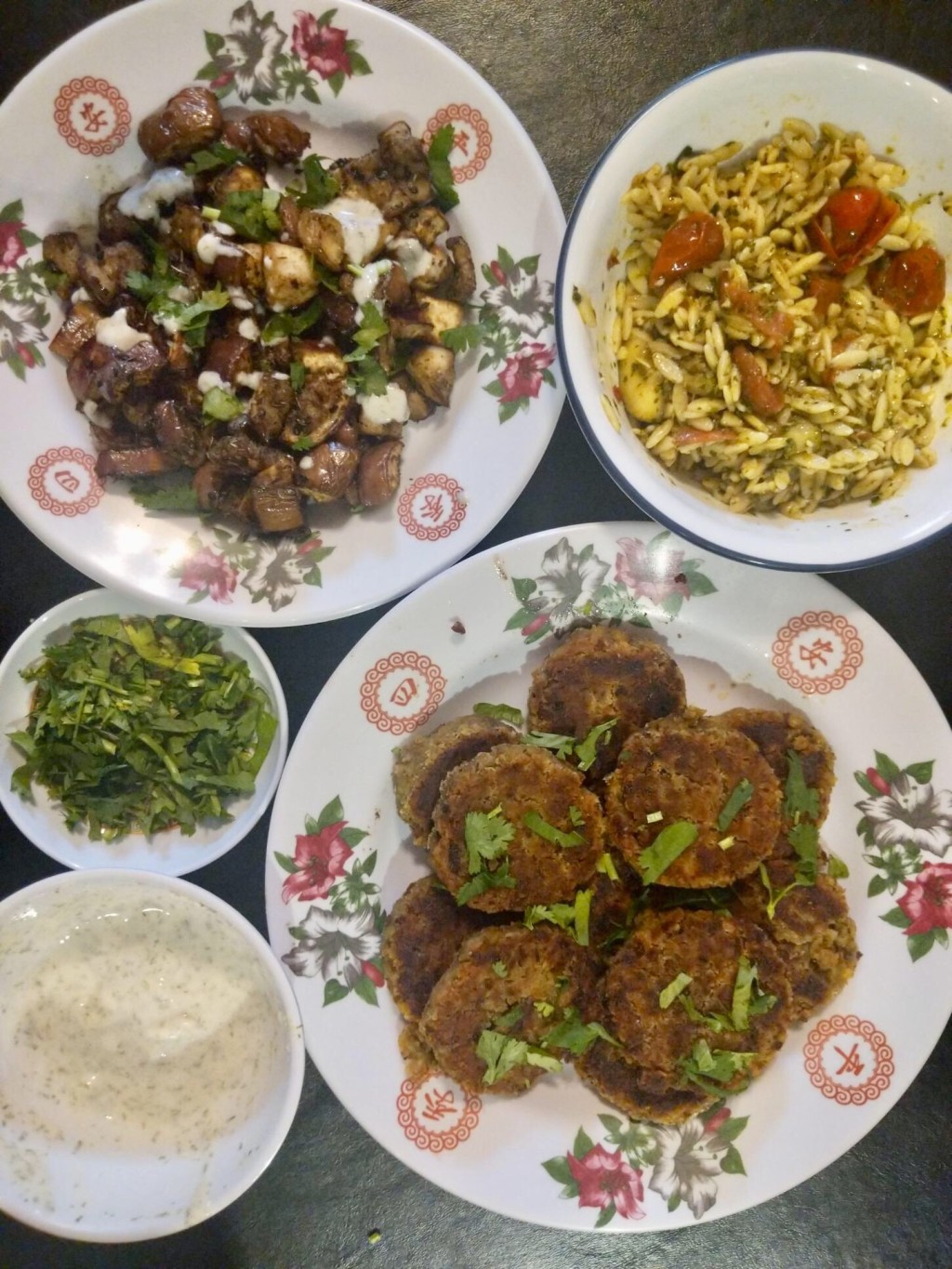 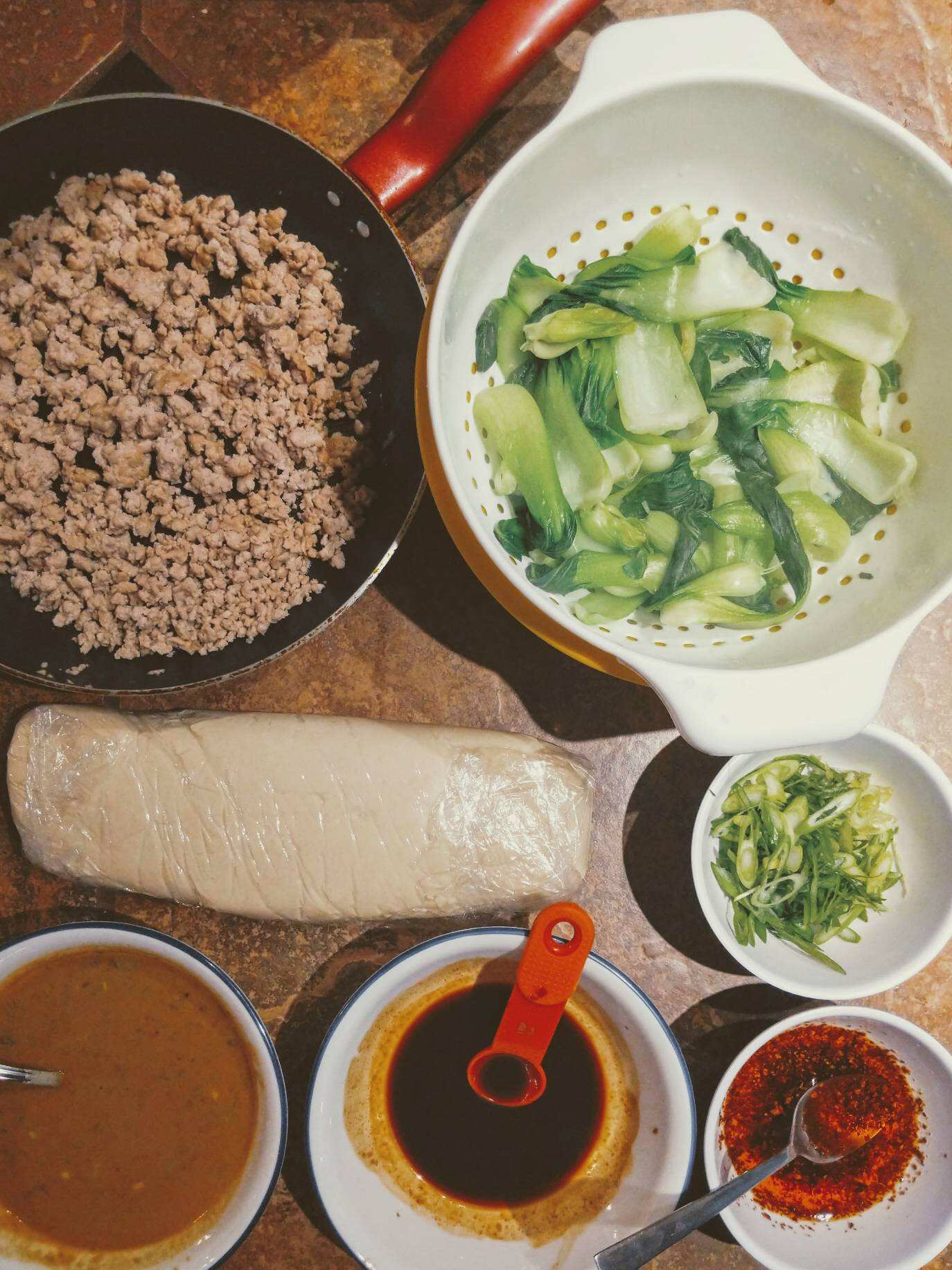 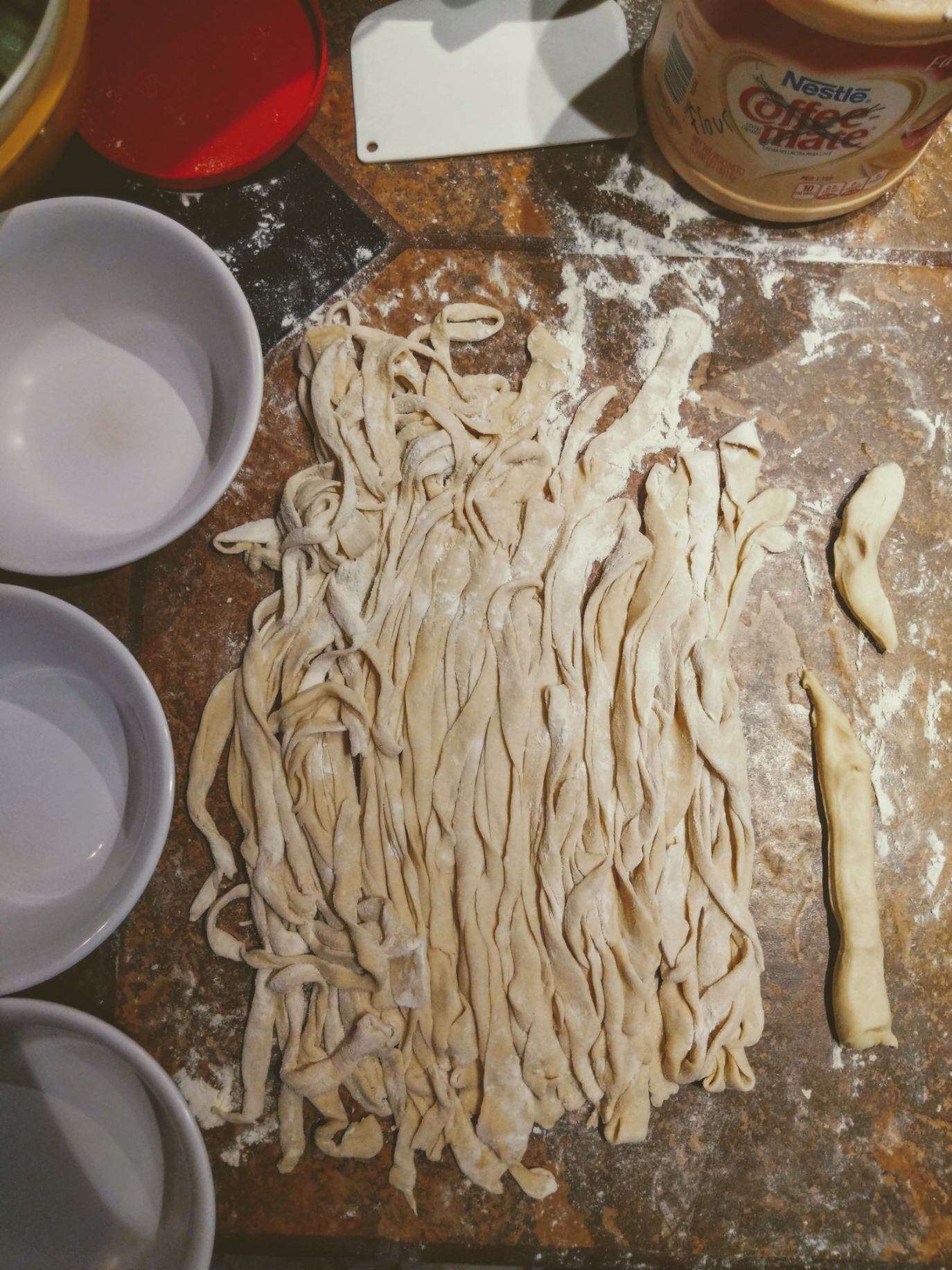 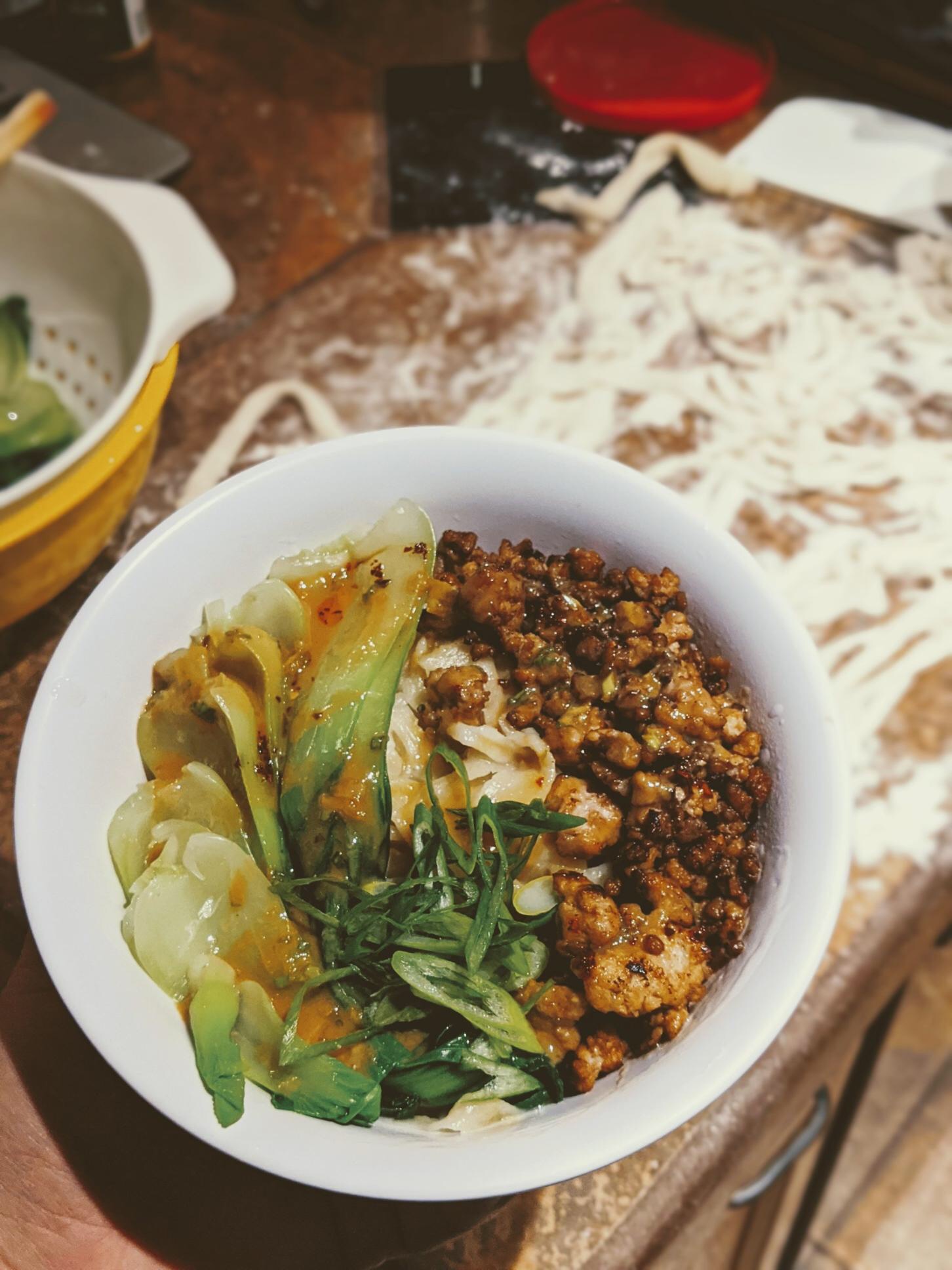 Stuff I cooked after the New Year

Hey, I might be playing catch-up all year at this rate. It is already February and I'm getting even more behind on my blogging, which means I remember less and less about various things that I cooked.

I really, really wanted to make fettuccine alfredo when I got back from the holidays. I don't quite remember why, but I think it's because I saw a picture of fettuccine alfredo on a box for a large pan, and I kept passing by this box over and over. After looking through various pasta recipes I settled on this one, and when I made this I was very surprised at how....orange the whole thing turned out. I guess I should have realized that would happen because of the tomato paste. Anyway, this was good, but it took me way longer than it should have because I'm slow.

Sometimes when I go to the Asian store I like to buy kimchi because I think it makes a great snack, and every day when I get home from work I feel like I need to eat something immediately. I'm trying to avoid things like chips and shredded cheese (yes, I snack on shredded cheese more than I'd care to admit), but I don't feel so bad eating kimchi since it's all vegetables. Since I had a jar of it, I wanted to try this kimchi fried rice. It was good! I don't remember anything else about it.

Red Curry Noodles with Chicken - The Woks of Life

So the other day I decided I needed to take inventory of everything that I had stocked in my pantry and fridge that I forgot about. I have a lot of random stuff that I need to use before it expires. One of those things was a can of curry paste. I'm sure I had a reason for buying this curry paste originally, but I have since forgotten that reason, so I needed a different use for it. These noodles seemed easy enough to make. (I only used half the tin, the other half I used to make a more soup-y curry except I never took a picture) Overall, they were alright, but I don't think they'll make my make-again list. It definitely needed more flavor. I added fish sauce, but it still felt lacking. 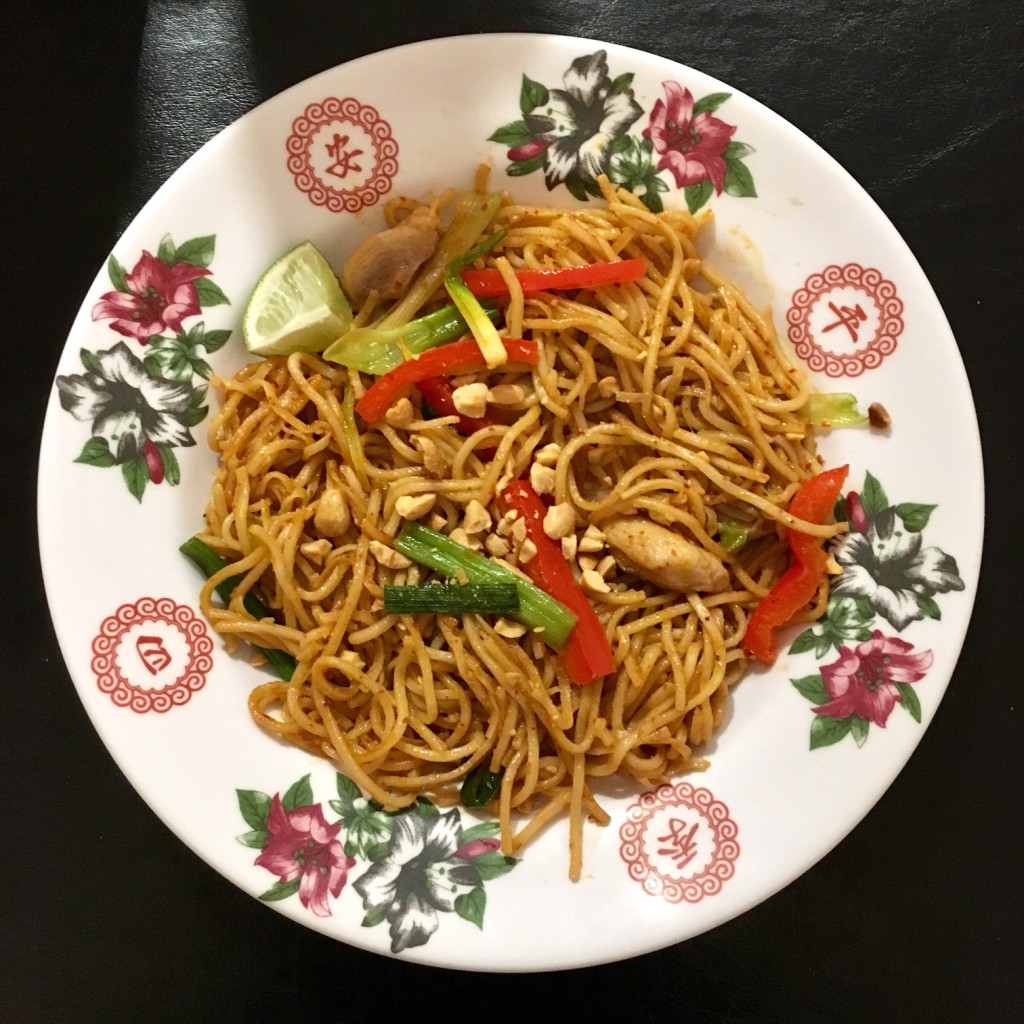 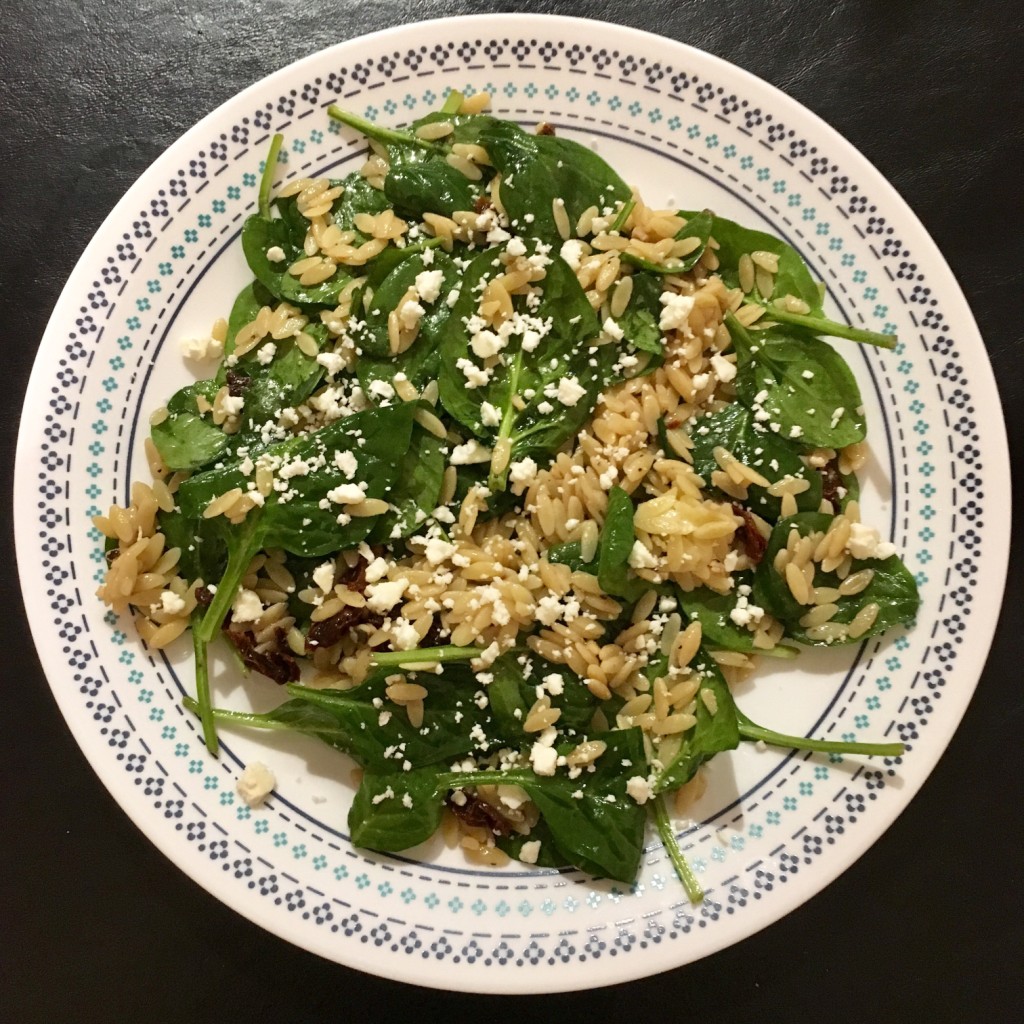 Huh, I know I made this to use up the spinach, but I have no idea what I used the spinach for originally. Maybe I just thought, I'll buy some spinach because veggies are good and spinach is easy to use. Anyway, if you actually follow my blog, you'll know that I'm really bad at making salads. I think this ended up turning out okay, and I think I also ate the whole thing in one sitting, but I don't think I'll really want to make this again. 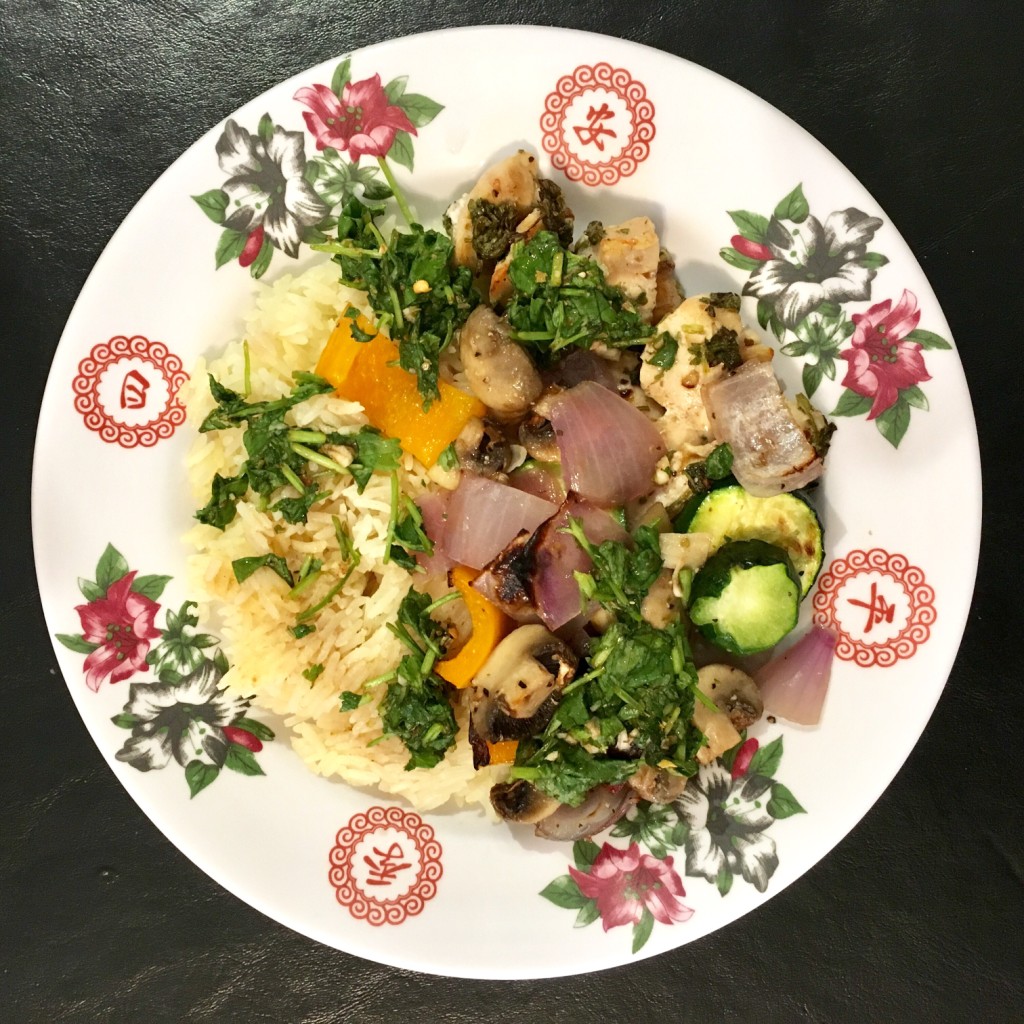 Remember that 5lb family pack bag of chicken breast that I bought in December? I still haven't used it all yet. And you know what else? I was at that same grocery store on Saturday, and they were selling chicken breast for even cheaper! But the bags were even bigger! They must have been 10lbs! Anyway, I resisted the urge this time. But back to the point of the chicken. I made this recipe, and I think I finally figured out how to use the broiler. I just needed to put my food on the top rack. I ended up seriously overcooking the chicken here, but I'm optimistic about my next try at broiling!