How can I be sad when I have breakfast, lunch, and dinner?
Recent Posts | Read from the beginning | About
Showing all posts filed under: so many veggies to chop

Before I knew how to cook, my go-to meal was stir fry. My mom makes stir fry all the time, so that's what she sort of attempted to teach me in high school. I remember trying to cook for myself back when I was trying to get more fit and lose my freshman 40. I used Nerd Fitness and referenced their chicken stir fry blog post. I think people have this notion that stir fry is super easy. Whenever I look at stir fry recipes online, they give me cook and prep times of 15 minutes. What a fast meal!

...lies. They're all lies. Stir fry takes forever. I have to cut vegetables and meat. If you're new to cooking, you're probably new to chopping. You also should be stir frying food at high heat. High heat is not good for beginners. Also, what beginner cook has a giant wok available? If you use your standard 10 or 12 inch pan, your veggies are going to fly everywhere and hot things are going to smack you in the face.

But I guess I'm past being a beginner. I'm okay with using high heat again. I am still kind of slow at prep work though. I made this Chicken and Thai Basil Stir Fry about a week ago. I don't remember when I started prepping (maybe 8?), but it was 9:30pm when I finally had my meal ready. I know, I was just being slow. 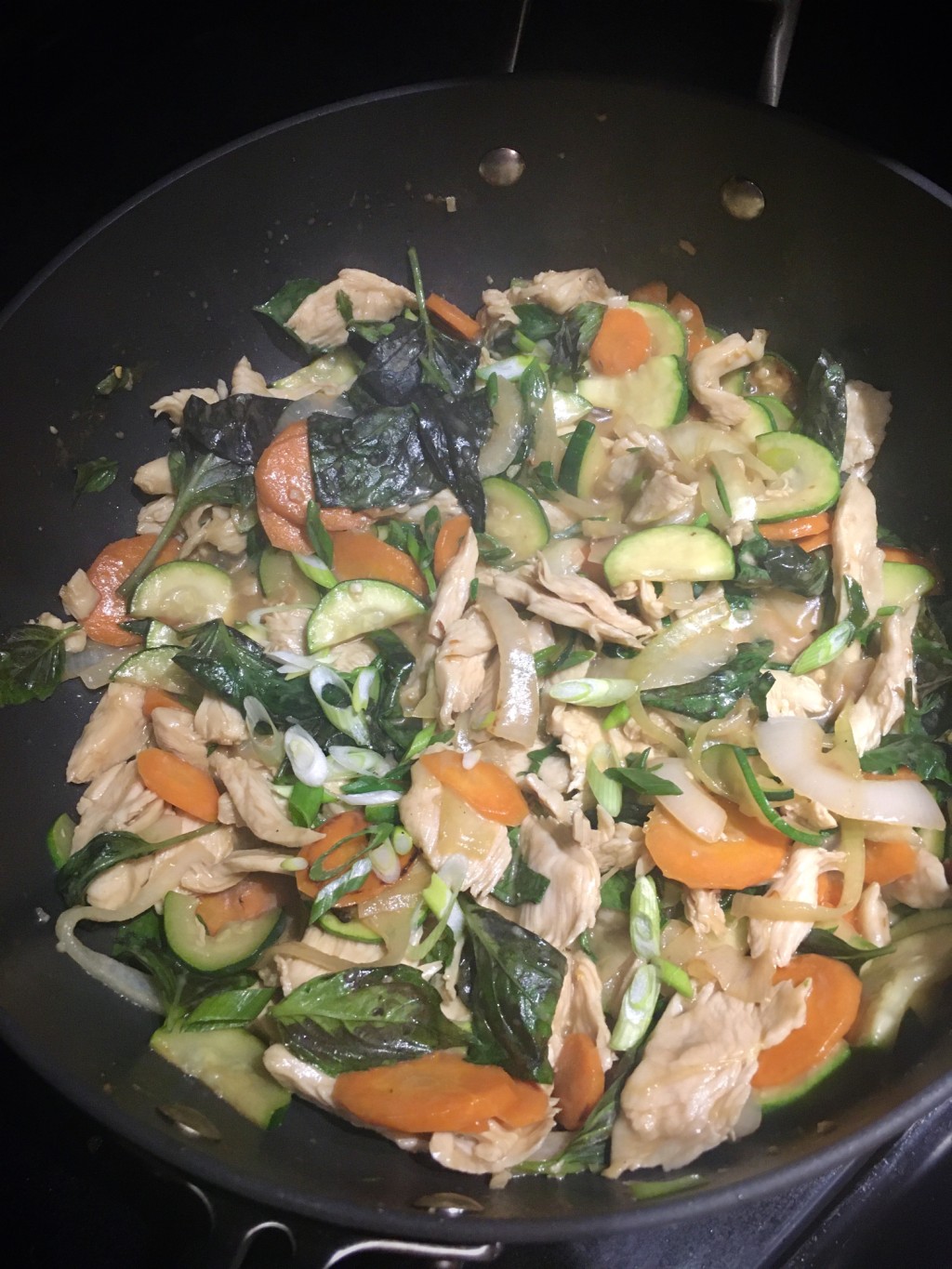 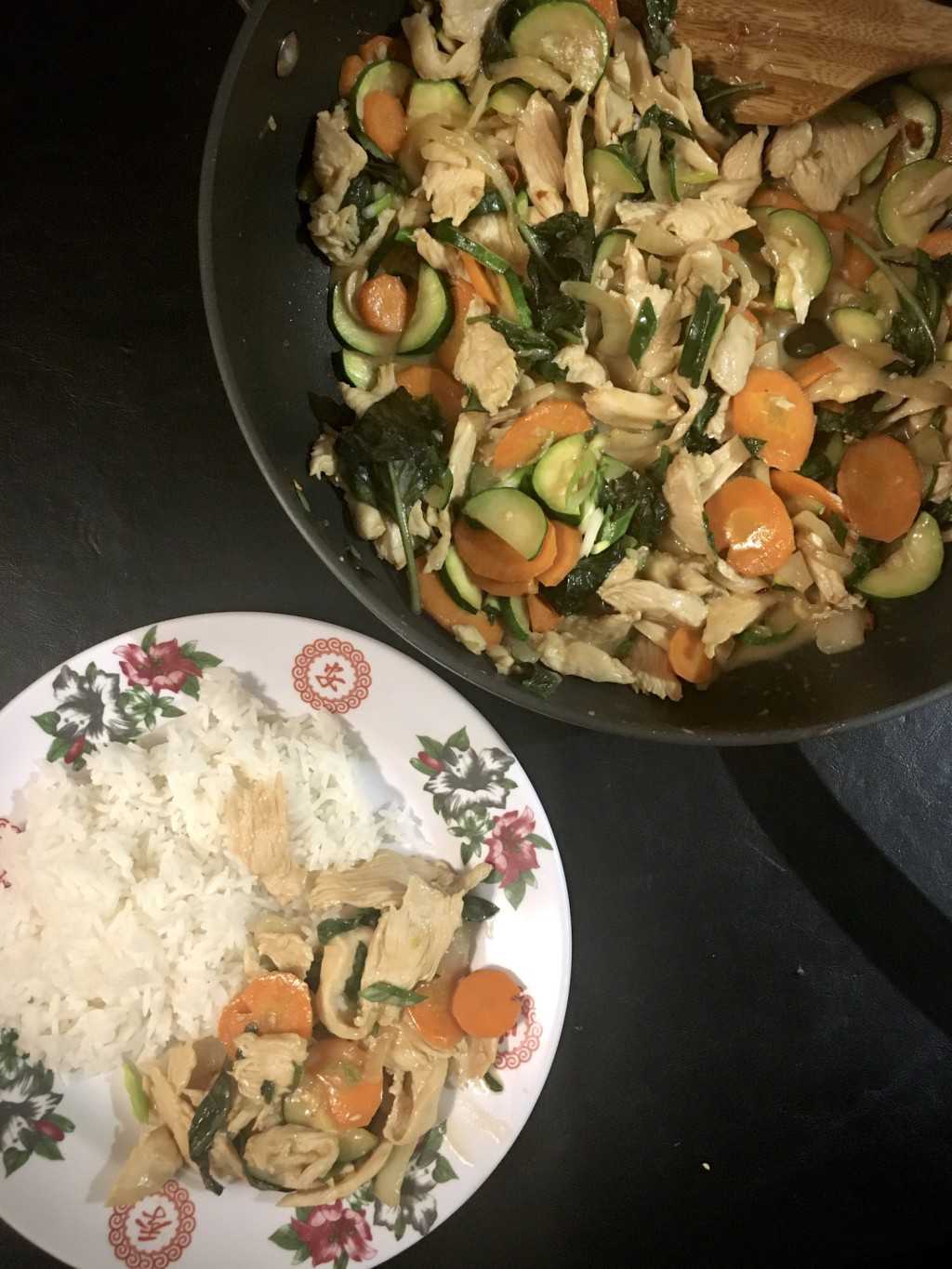 It was good though! I always enjoy a good stir fry meal.

Filed under: so many veggies to chop stir fry 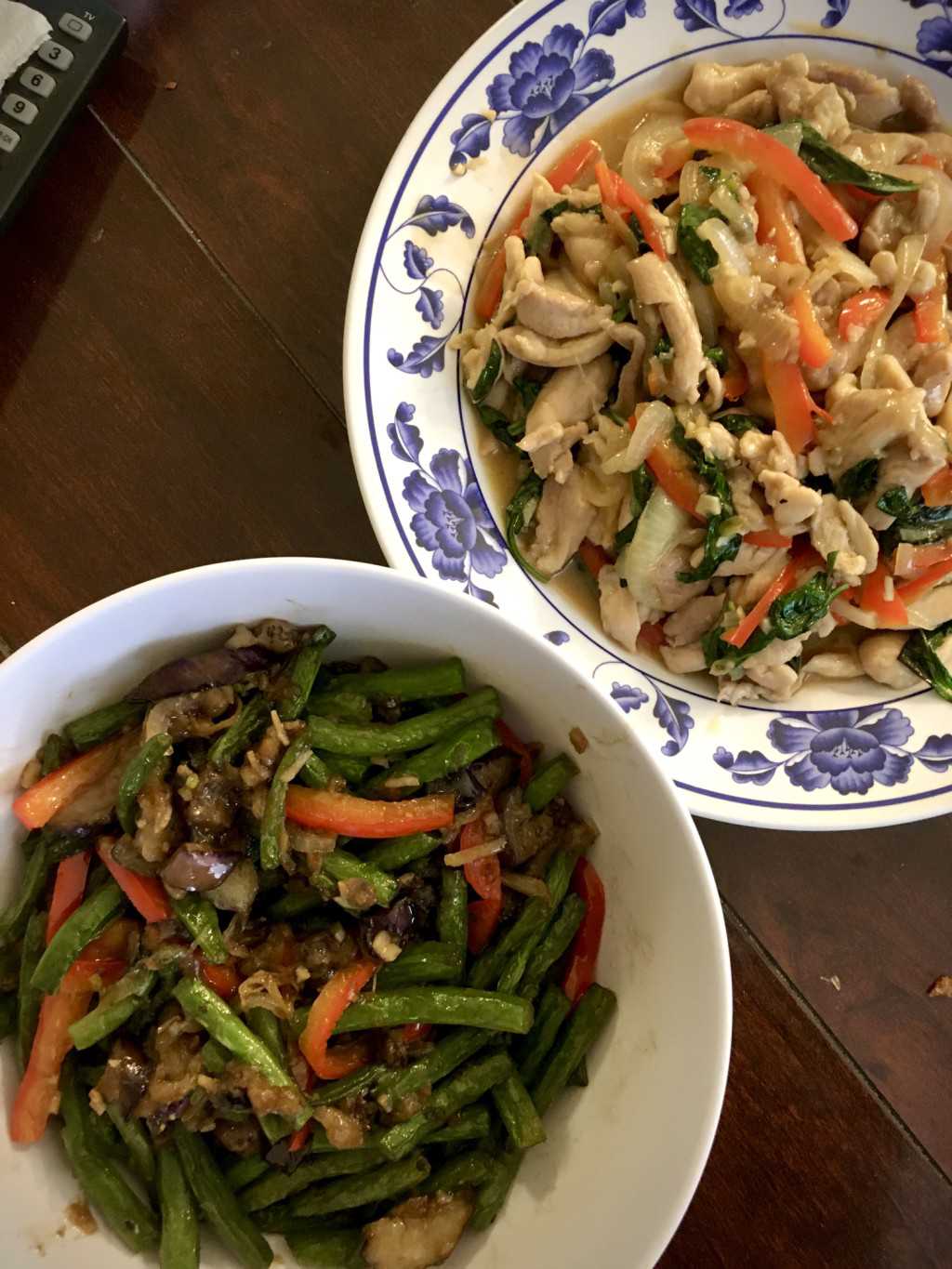 Filed under: singapore noodles so many veggies to chop flailing out of salt