How can I be sad when I have breakfast, lunch, and dinner?
Recent Posts | Read from the beginning | About
Showing all posts filed under: flailing
Next >>

Two years ago, back when this blog was in its infancy, I made a post on Greek turkey rice. This week, I had a few ingredients that would work well for this dish, so I decided to make it again. I remembered it being good and easy to make.

Well, I still don't disagree with that statement, but after a few chill meal-making sessions, I went back to flailing like crazy. There were flying pieces of rice, spinach, chicken broth, and lemon zest. This is why I gotta write down my recipes in advance. 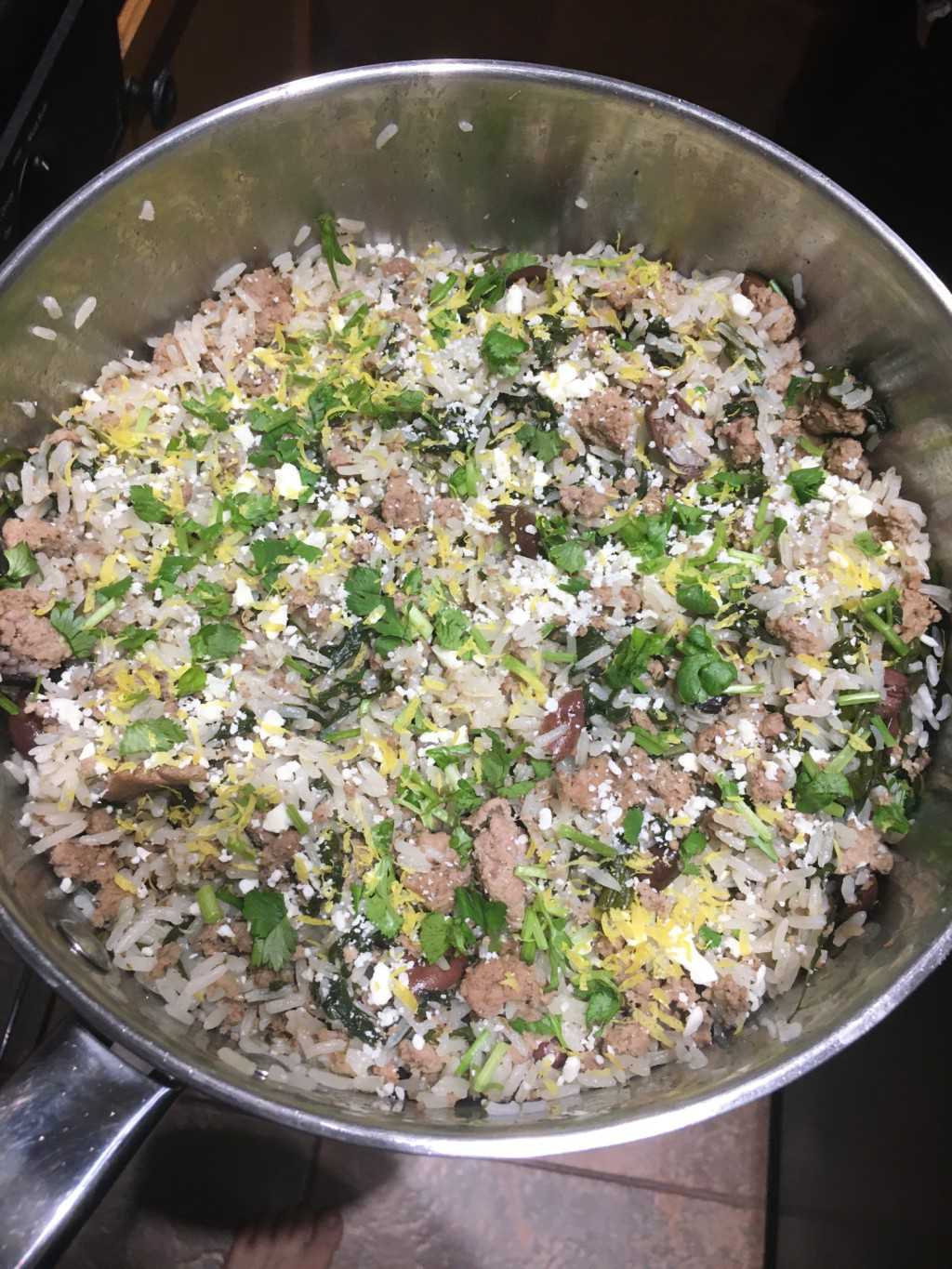 (Throwback to when I took pictures of food right underneath the spotlight! Not as nice as the pictures my sister would take though.)

Also, I used ground turkey from a tube. I didn't realize you could buy ground meat in a tube, but the tube was cheaper than the non-tube form. I don't know if I'll ever do that again. I mean it tasted fine, but it was weird. Any time I tell my family I'm cooking ground turkey I know they'll respond with "TURKEY?!" and I can see them making a disgusted face that says "why would you ever do that".

You know what else is in the ingredients list? A lemon. But this recipe doesn't even call for lemon, just lemon zest. Now I've got "Naked lemon slices" in my leftovers. 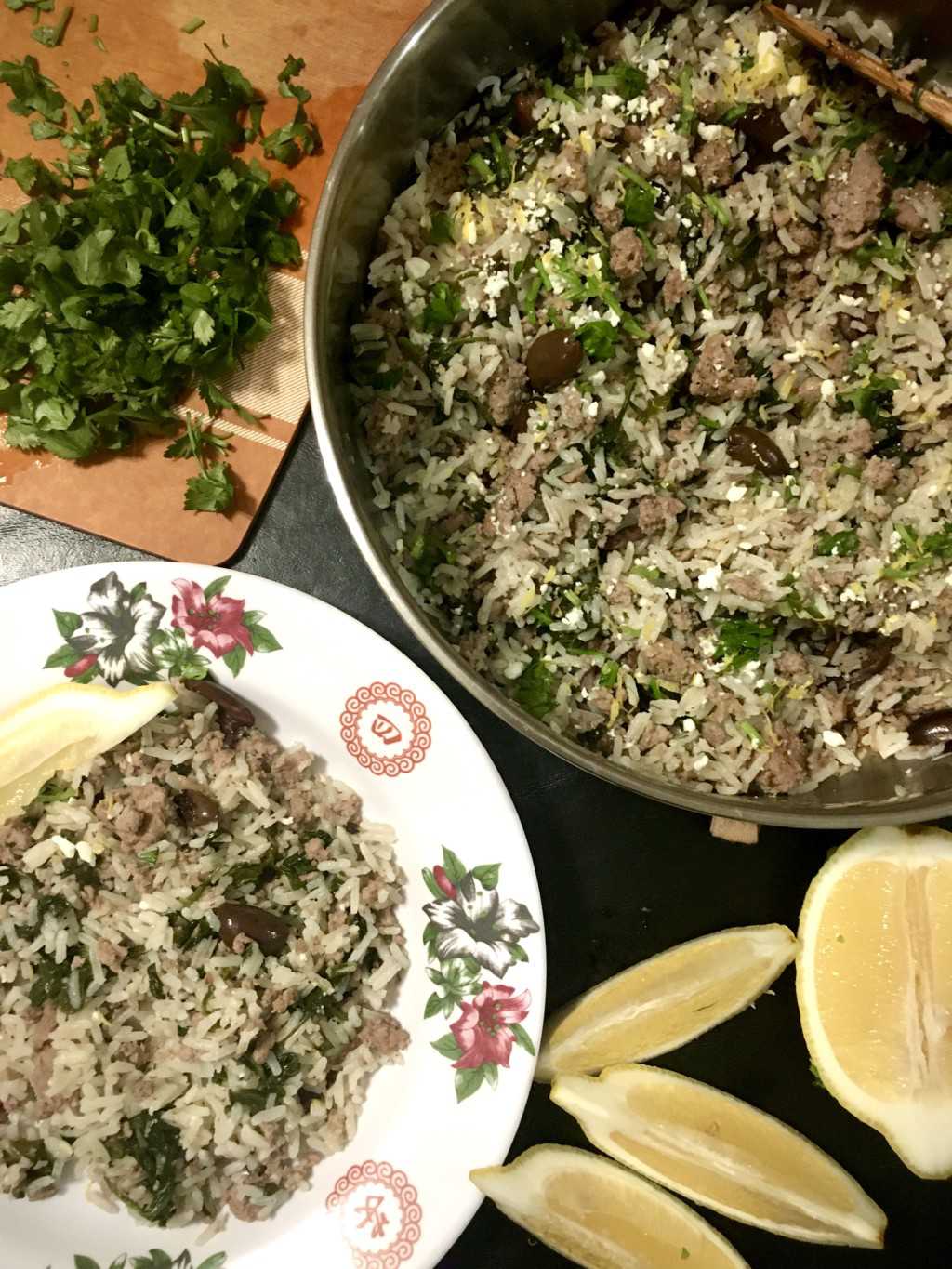 Unfortunately there were no sun-dried tomatoes in either Target or Trader Joe's, (I know, these are terrible places to grocery shop. But I was there for other reasons.) so I was missing that extra pop of color/flavor. I also didn't put the aesthetic lemon slices in the middle of the pan.

But that doesn't matter. It tasted good. That's what really counts. 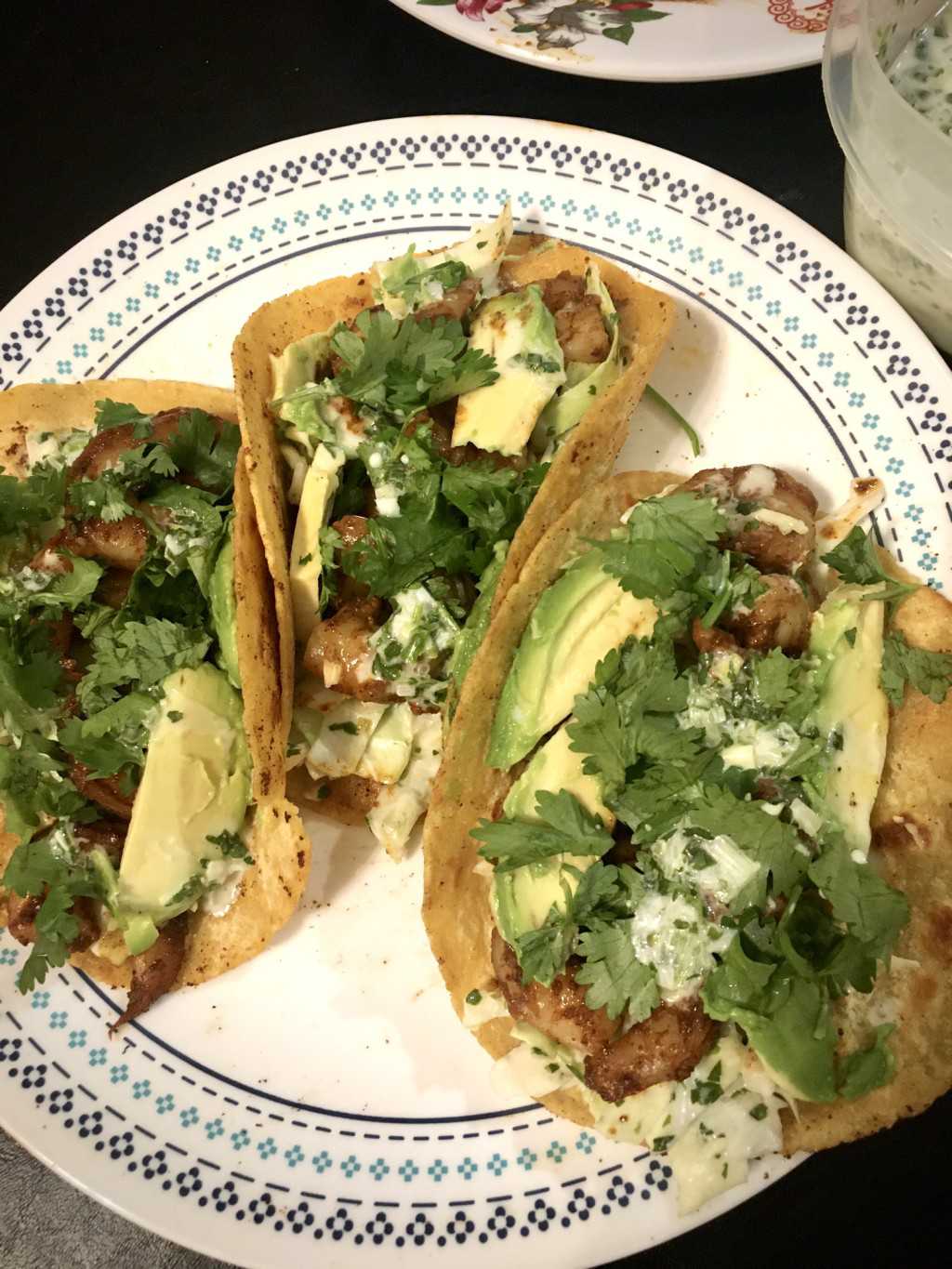 Filed under: singapore noodles so many veggies to chop flailing out of salt endless amounts of cabbage