How can I be sad when I have breakfast, lunch, and dinner?
Recent Posts | Read from the beginning | About
Showing all posts filed under: ramen eggs

It's my first week back in my apartment since before the holidays, and any time I come back from a long vacation my plan is to always make something simple. My go-to simple meal is always Creamy Tomato and Spinach Pasta because it's vegetarian, and I know I can make it in less than 30 minutes. The only downside is that I have to buy cream cheese, but whatever, I'll get bagels for next week.

I also decided to make noodle soup because it had been on my to-make list for a while. Since I had shoved a bunch of leftovers in the freezer before going to see my family, I figured I could eat those too. So, two dishes is plenty.

Pretty sure I spent less than $10 on all of this. I just got what I needed for the two dishes plus some fruit and yogurt for snacks. I'm really trying to make sure I have healthy snacks.

Also, it's a shortened week since I got back on Monday.

Yeah, the week started out kind of rough and I don't think I was eating enough, but I got back on track towards the end. And I'm gonna show you another portion of my noodle soup to show you that I also made ramen eggs! 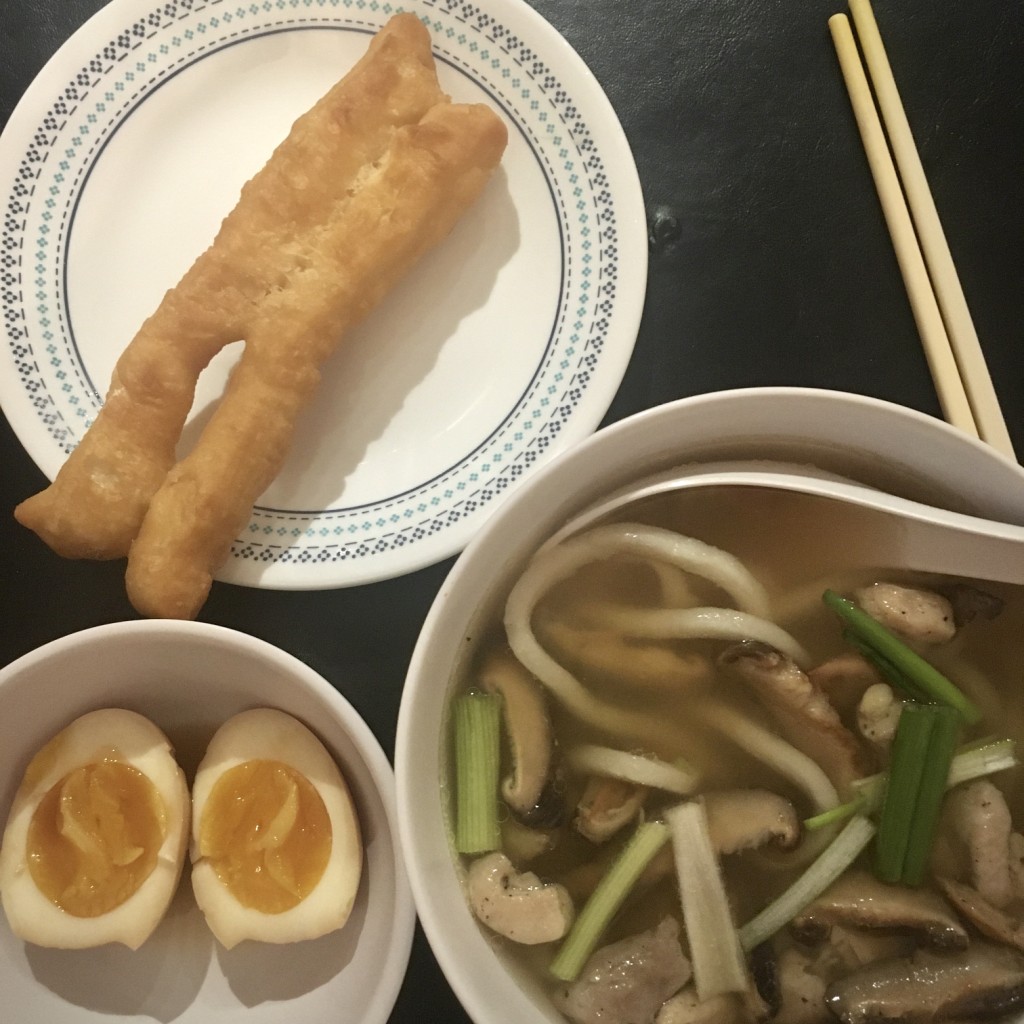 I tried a different method of soft boiling the eggs, and it worked out really well. The recipe says to boil water, then add the egg, but I find that one of my eggs always cracks when I do this, so I just put the egg in the cold water and let it come to a boil, then turn the heat off, cover it, and let it sit for about 4 minutes. I was worried I might overcook it, but it came out perfectly.

Next week, I'll get back to my usual consulting of my whiteboard.