How can I be sad when I have breakfast, lunch, and dinner?
Recent Posts | Read from the beginning | About
Showing all posts filed under: fancy workday lunch

I've been cooking a lot lately! Like, almost every day. I'm usually not thinking about the food blog every time I cook, but occasionally, I do take photos. I used to regularly make "Odds n Ends" posts where I would show a few different things I made, without really telling any sort of cohesive story about them. So, here's a quick glimpse into some of the foods that I've been cooking. 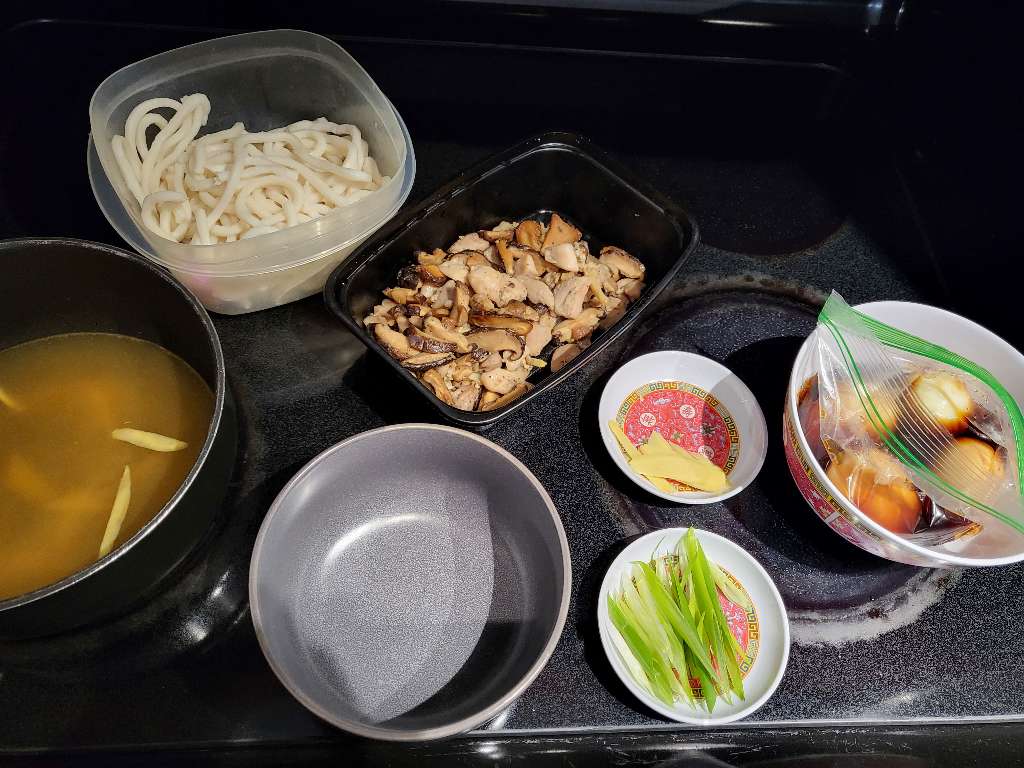 I ended up having a lot of that udon noodle soup. In the middle of a busy workday, it was nice to be able to take ten minutes to prepare my lunch. 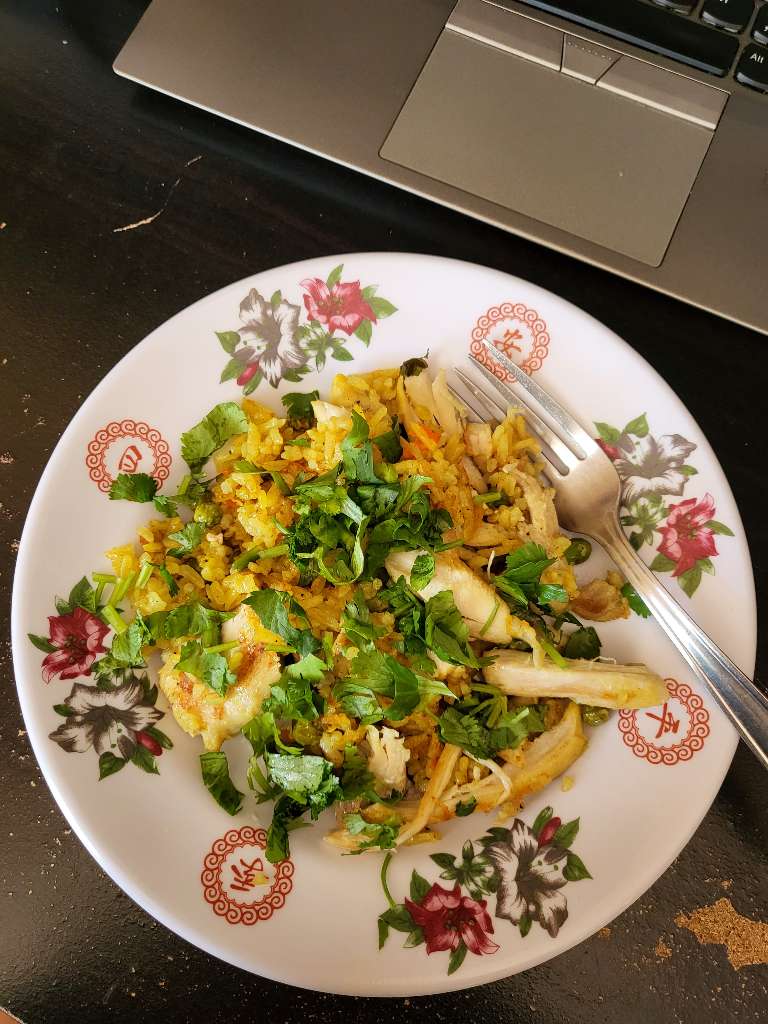 I've been really into making rice dishes lately. They're easy, flavorful, and they taste even better after I reheat them on the pan. I really like making this yellow rice chicken skillet, but I also occasionally make ground turkey rice dishes too. 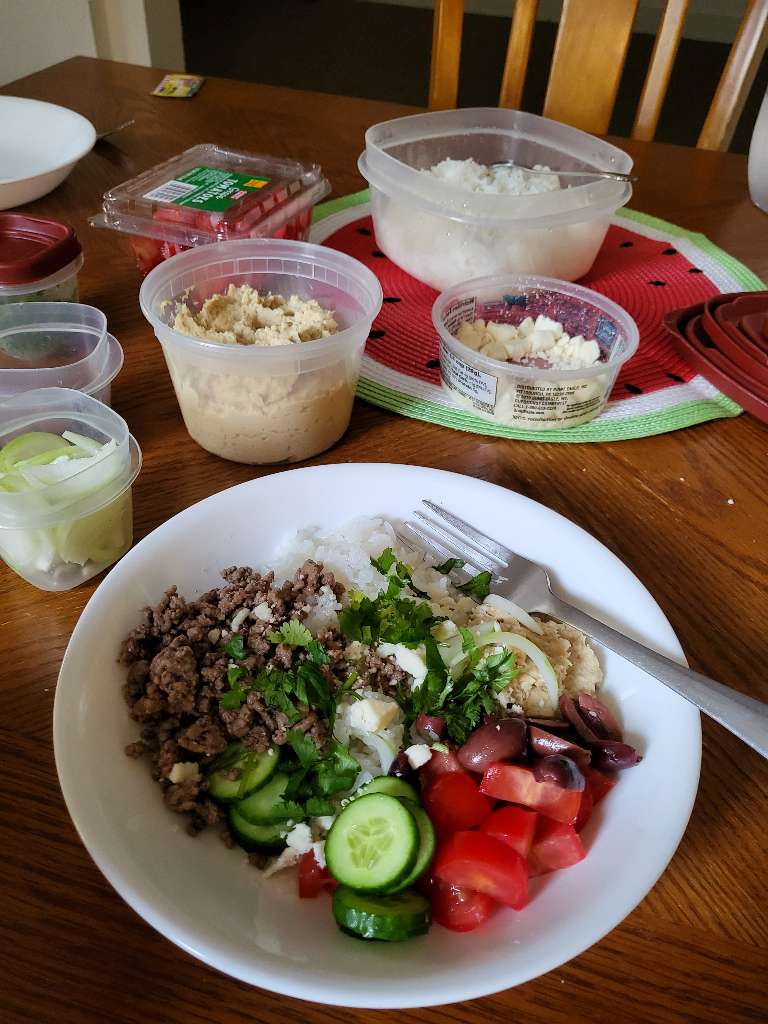 Another one of my go-tos is this Mediterranean hummus bowl, which I just took a picture of because I like how colorful this dish is. 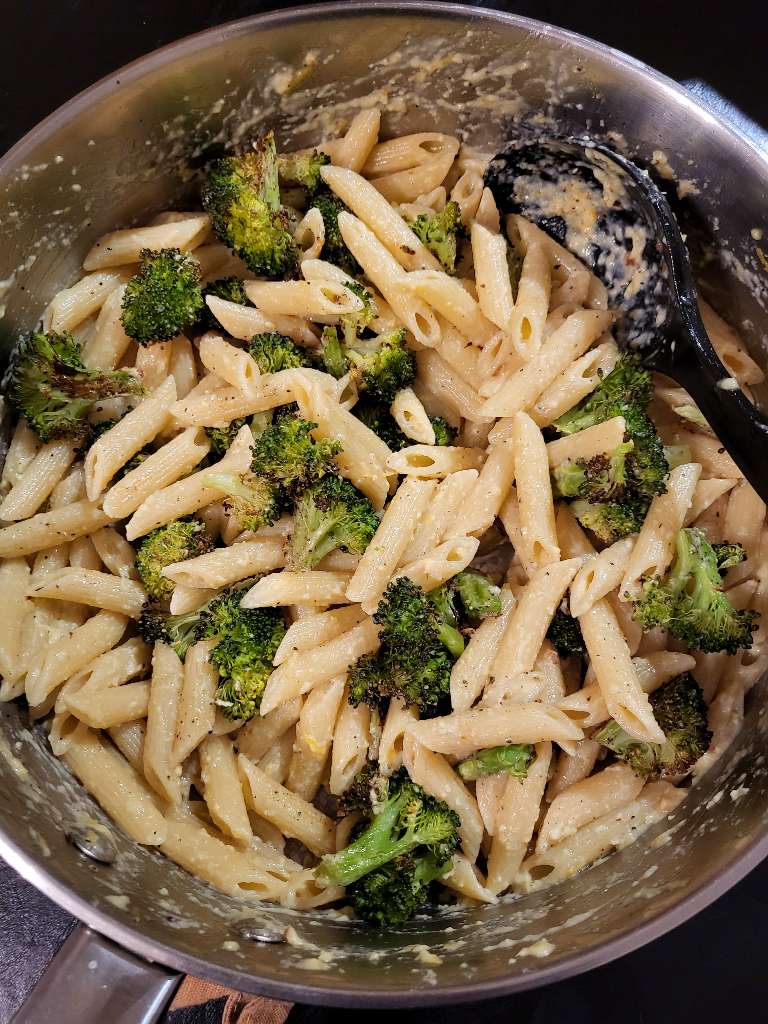 I've also been trying out some new recipes! I attempted to make broccoli lemon carbonara, but I don't think I quite understand how to make a good egg-based sauce that doesn't just turn into scrambled eggs. I also really wanted to get that cute pasta shape that was in the recipe, but I couldn't find it, and I had to settle for boring old penne. 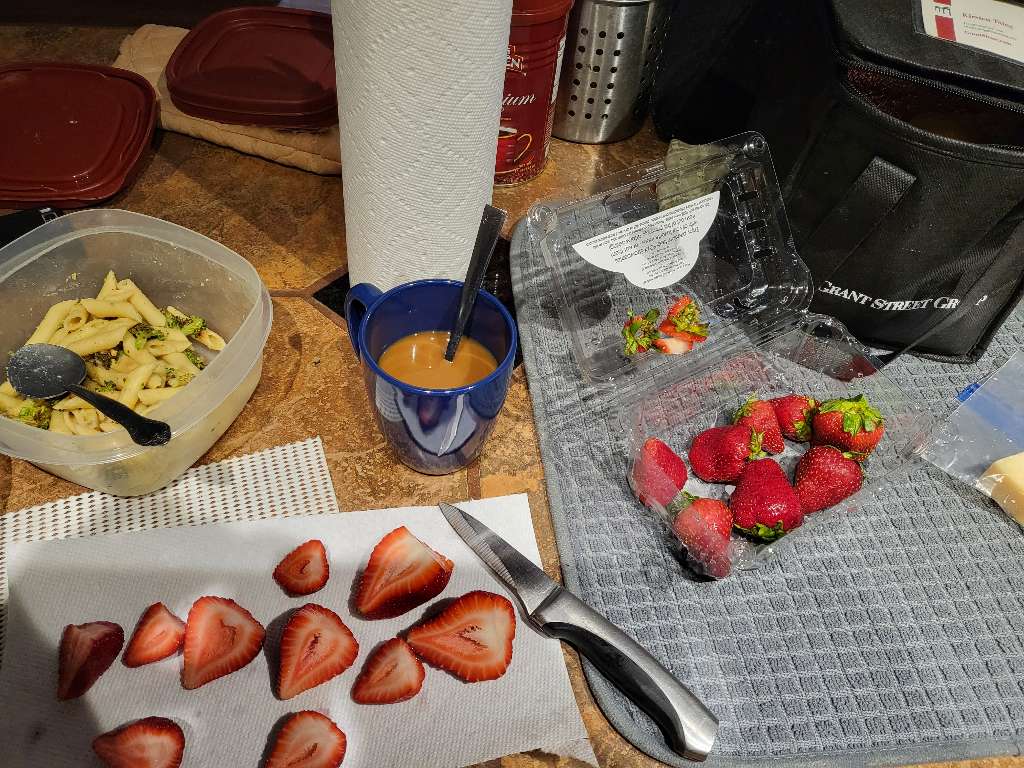 It's probably not going to be a recipe that I try to make again, but I still ate it all, and I even packed it for lunch when I went into the office last week.

Some of my co-workers mentioned a food blog called Half Baked Harvest and when I hear good things about a food blog, I have to check it out. I've been scrolling through all her recipes deciding on one to make, and I settled on these quinoa burgers, which is kind of a complicated first recipe to try, but I still had quinoa from who-knows-when and I really wanted to use that up.

Bacon?! Doesn't that defeat the purpose of a veggie burger?

Hey, my goal wasn't to make a veggie burger. It was to use up the rest of the quinoa. And I want my burger to taste good. The bacon added some nice texture to this.

Not that the burger tasted bad without the bacon. This came out surprisingly well and had plenty of flavor. The shredded cheese that melted into a gooey blob with crispy edges was a really nice touch. I always thought that getting sliced cheese is better for a burger, but no, definitely go for shredded and sprinkle the cheese all over, making sure some of it spills off the patty to create extra crispy cheese pieces.

I even took the time to sauté more onions and fry an over easy egg during lunch on a workday just so I could fully enjoy my last burger.

No hectic or busy workday is going to stop me from putting together a delicious gourmet lunch.