How can I be sad when I have breakfast, lunch, and dinner?
Recent Posts | Read from the beginning | About
Showing all posts filed under: burgers

Hello friends. I'm still here. Still cooking. My sabbatical ended about a week ago, and I've been trying to get used to working again and figuring out what work life balance means.

I was pretty exhausted from my sabbatical. Even though I wasn't working, I had so many things that I wanted to do, and I didn't even have time for my food blog! And now that I'm working again, well, that would seem to mean even less time for the food blog. But like I said, I'm figuring it out, and I'm taking it easy right now.

One thing that I am really trying to do now is save money and not eat out. I don't really need to save money, but I kind of find it a little exciting and fun to see myself spend way less on food. I know I've done "$30 a week" challenges in the past, and I'm not going to do that now, but I'm going to keep track of my spending and see how it turns out without eating out.

So, today I made burgers. 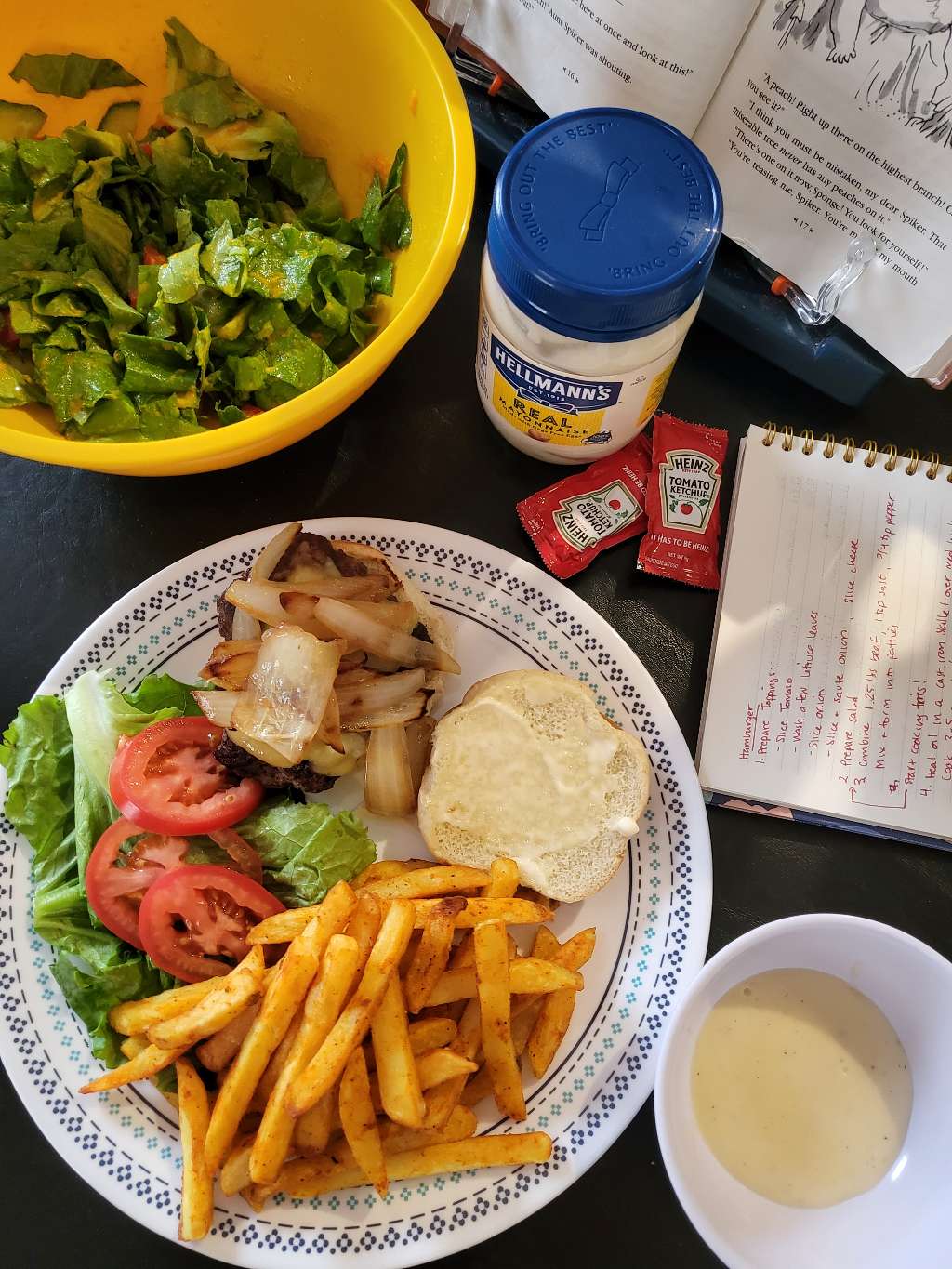 Why burgers? Well, my sister was here last week and she made me some pretzels with cheese sauce, and we ate all the pretzels, but we still have some cheese sauce remaining, and I thought "maybe I can dip some fries in this", and then "burgers go well with fries".

I know, my thought process is weird.

I did bookmark a cheeseburger recipe a few weeks months ago, and this seemed like a good time to try it. Except it really isn't much of a recipe. The burger patty is literally just ground beef, salt, and pepper. The recipe also includes a burger sauce, but I didn't even bother making that.

The burger tasted good though! I mean homemade burgers always taste good. I cooked the patties in a cast iron skillet that I haven't touched in many months. The process was pretty simple, but my whole kitchen got super smoky, which meant my living room got super smoky and I had to turn on the vent and open the windows for a while. It was also kind of a pain to clean and re-season.

I also bought some frozen fries and made a salad to use up some leftover carrot ginger salad dressing I made a couple of weeks ago. Honestly it's not that great with green leaf lettuce. Iceberg would have been better. 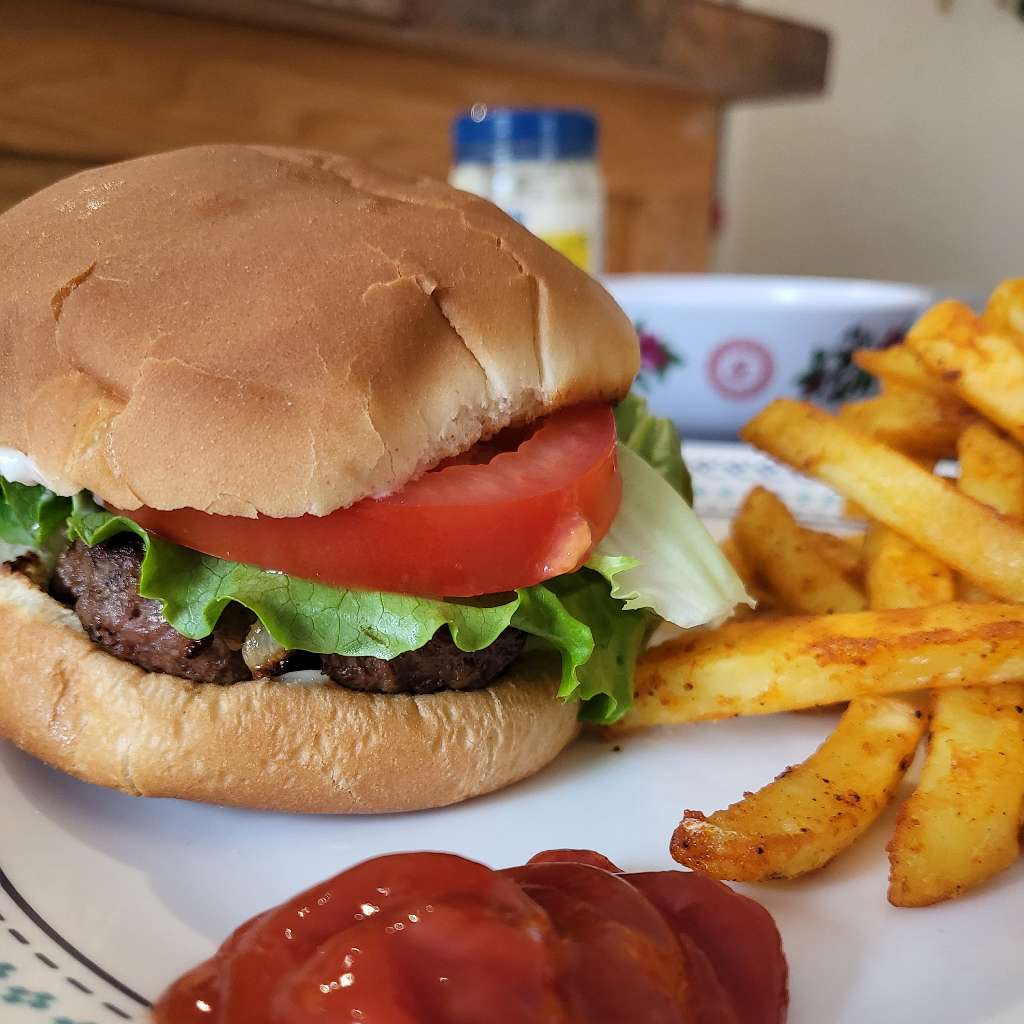 While I was eating, I read a little bit of James and the Giant Peach. It was a very filling meal, so filling that I couldn't even finish it all.

Will I be able to stick with only having homemade meals? Will I make another post soon? Will I have any time to write about the endless amounts of food thoughts in my head? I don't know. We'll see how I'm feeling in a week.

Some of my co-workers mentioned a food blog called Half Baked Harvest and when I hear good things about a food blog, I have to check it out. I've been scrolling through all her recipes deciding on one to make, and I settled on these quinoa burgers, which is kind of a complicated first recipe to try, but I still had quinoa from who-knows-when and I really wanted to use that up.

Bacon?! Doesn't that defeat the purpose of a veggie burger?

Hey, my goal wasn't to make a veggie burger. It was to use up the rest of the quinoa. And I want my burger to taste good. The bacon added some nice texture to this.

Not that the burger tasted bad without the bacon. This came out surprisingly well and had plenty of flavor. The shredded cheese that melted into a gooey blob with crispy edges was a really nice touch. I always thought that getting sliced cheese is better for a burger, but no, definitely go for shredded and sprinkle the cheese all over, making sure some of it spills off the patty to create extra crispy cheese pieces.

I even took the time to sauté more onions and fry an over easy egg during lunch on a workday just so I could fully enjoy my last burger.

No hectic or busy workday is going to stop me from putting together a delicious gourmet lunch. 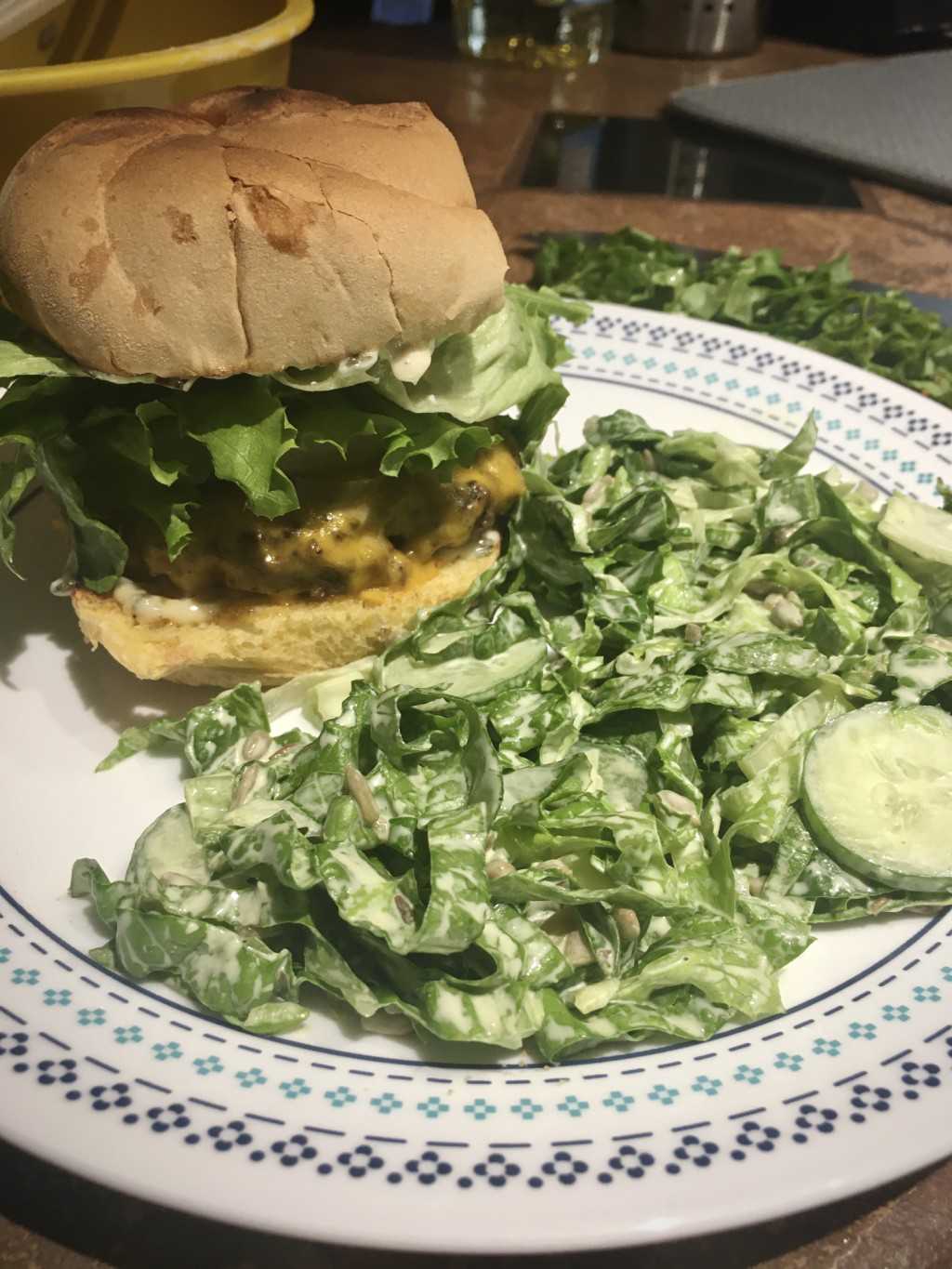 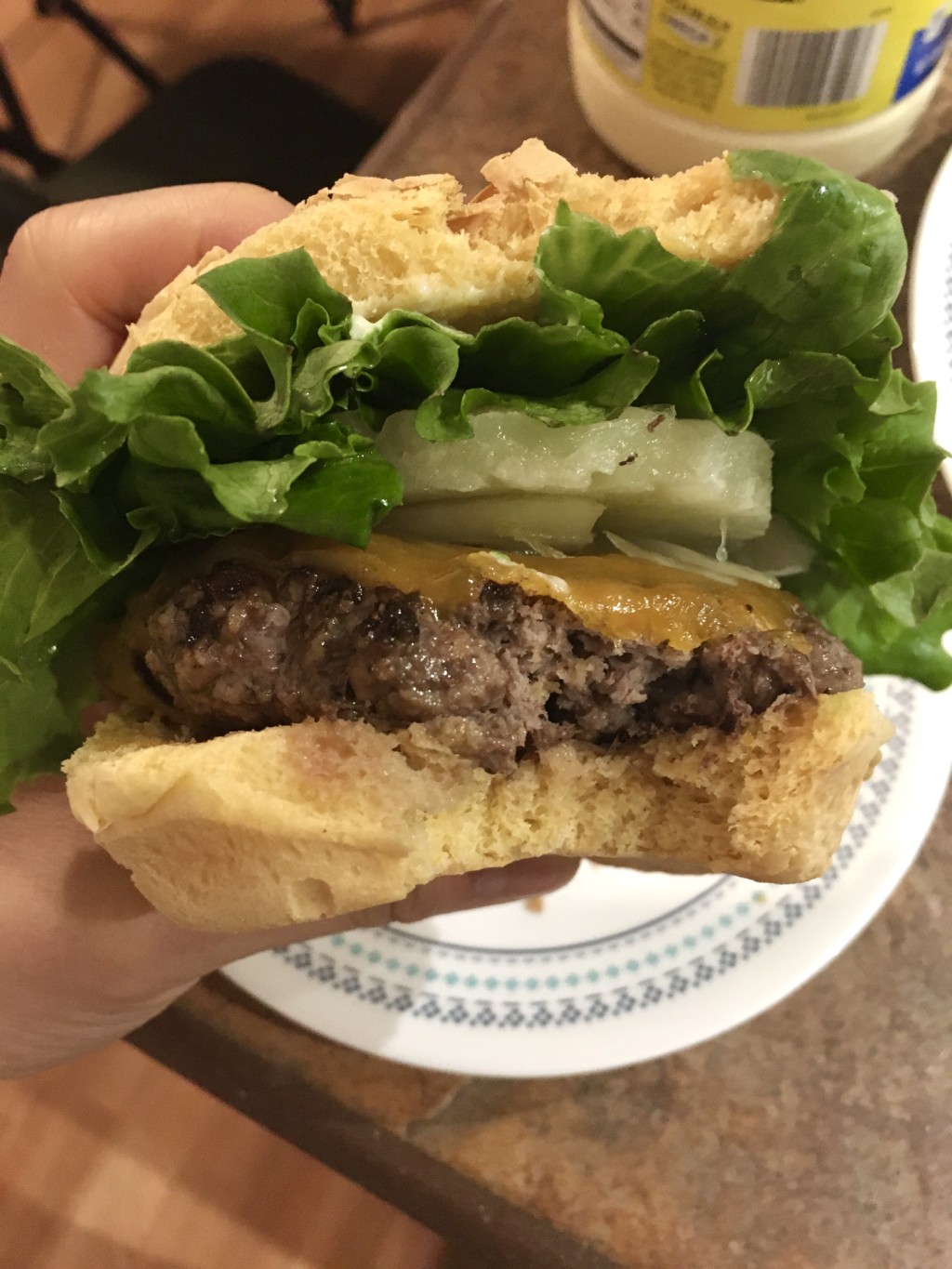 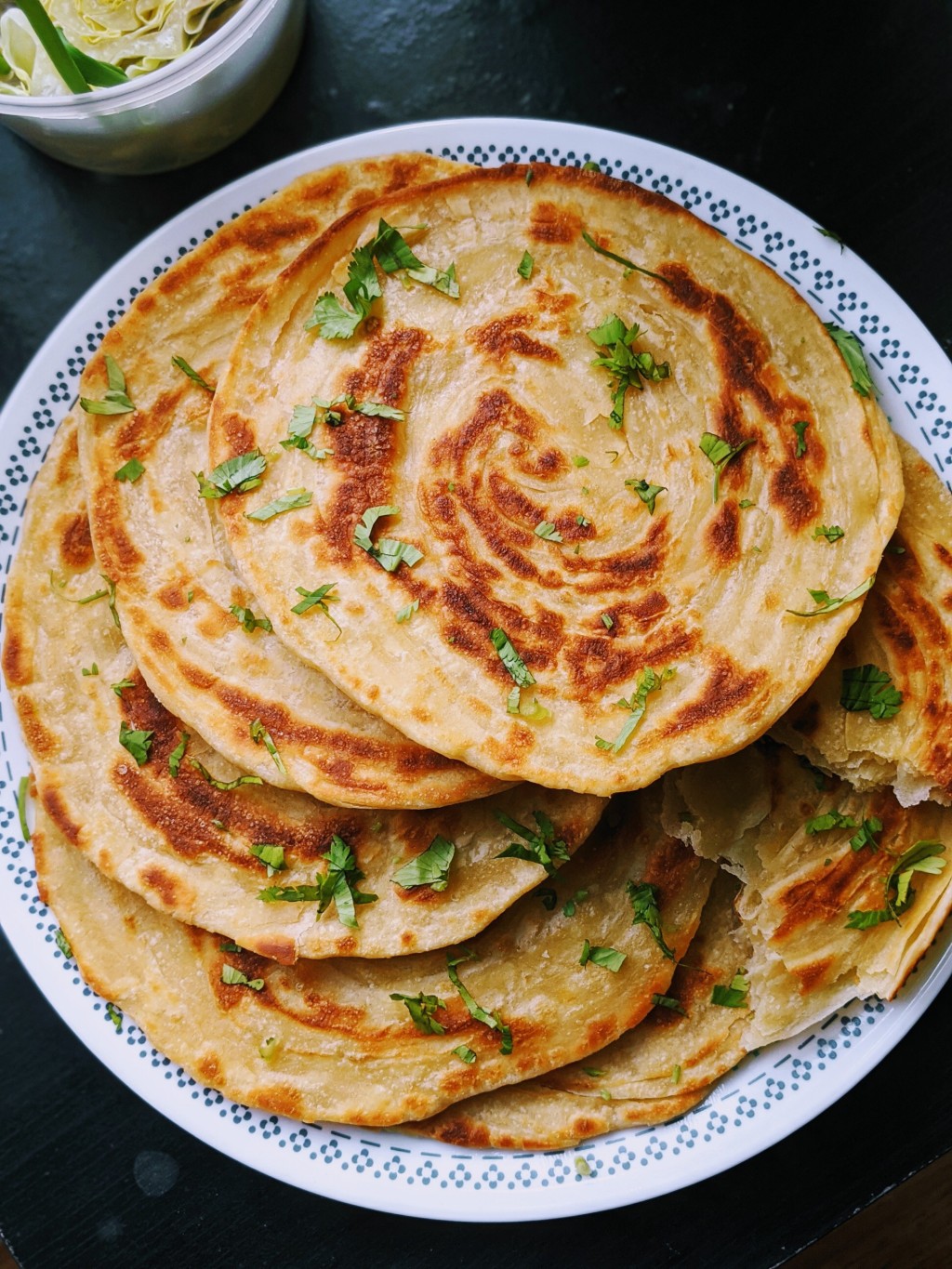 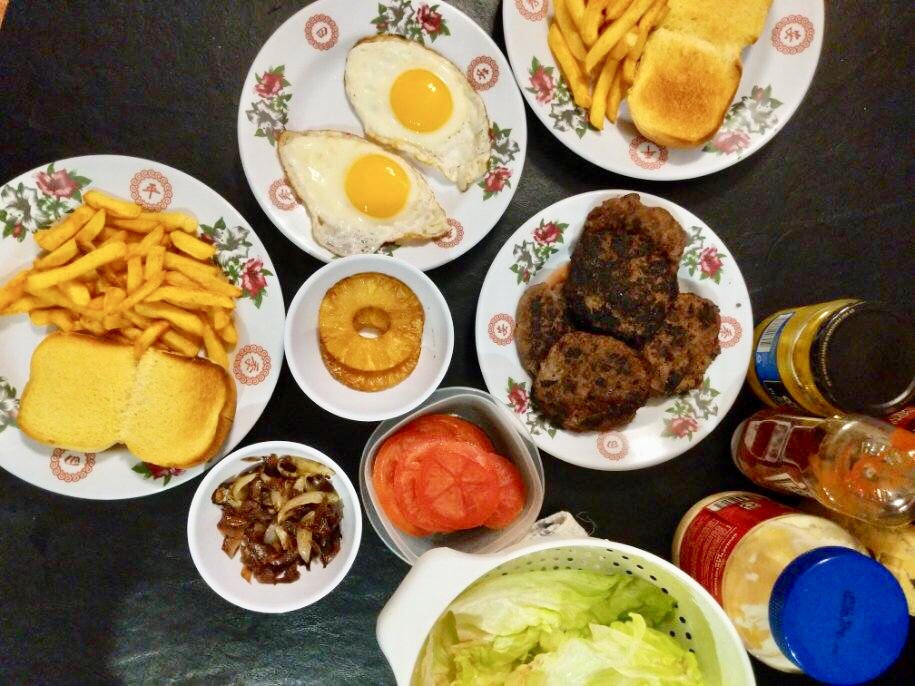 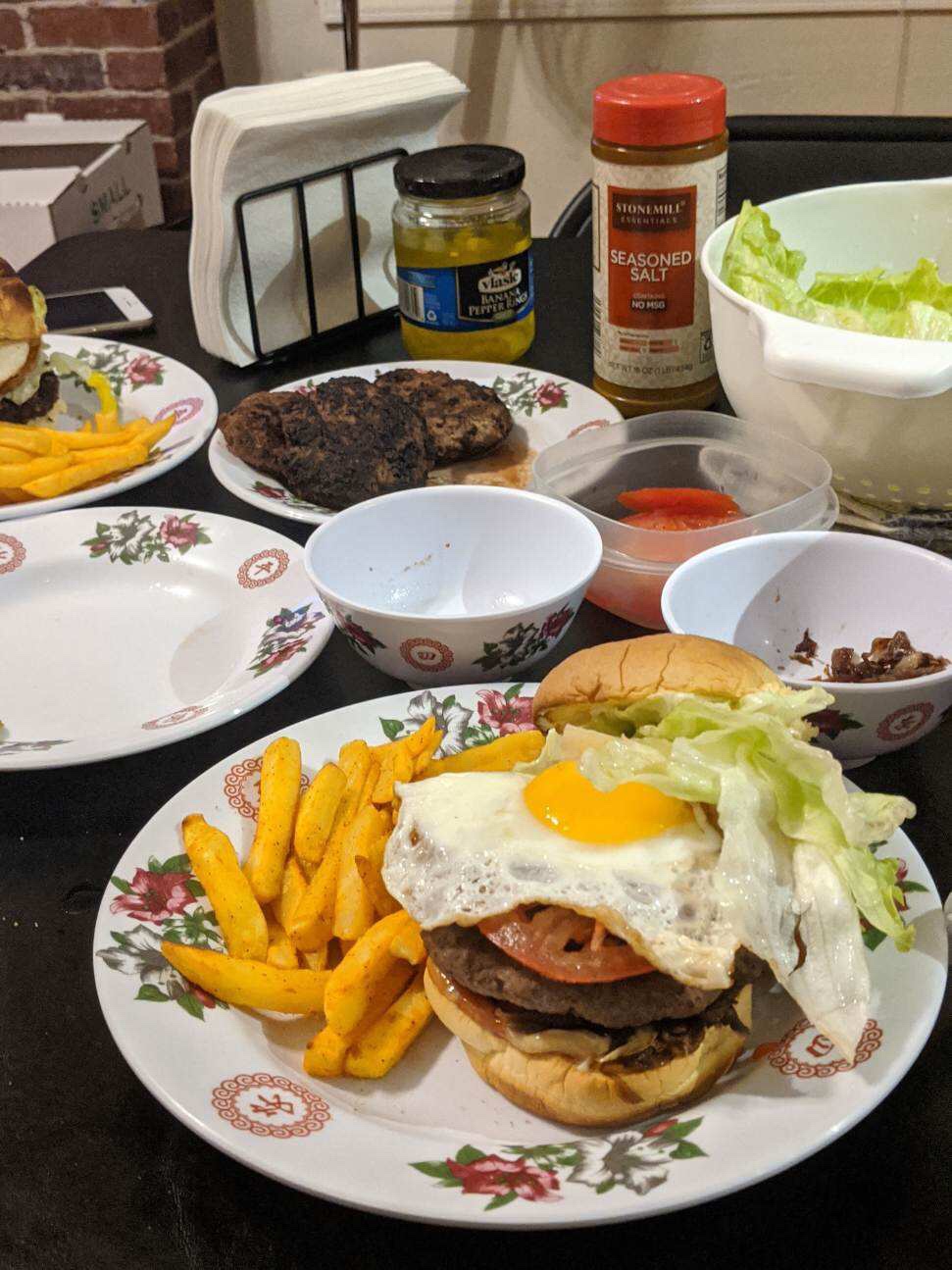 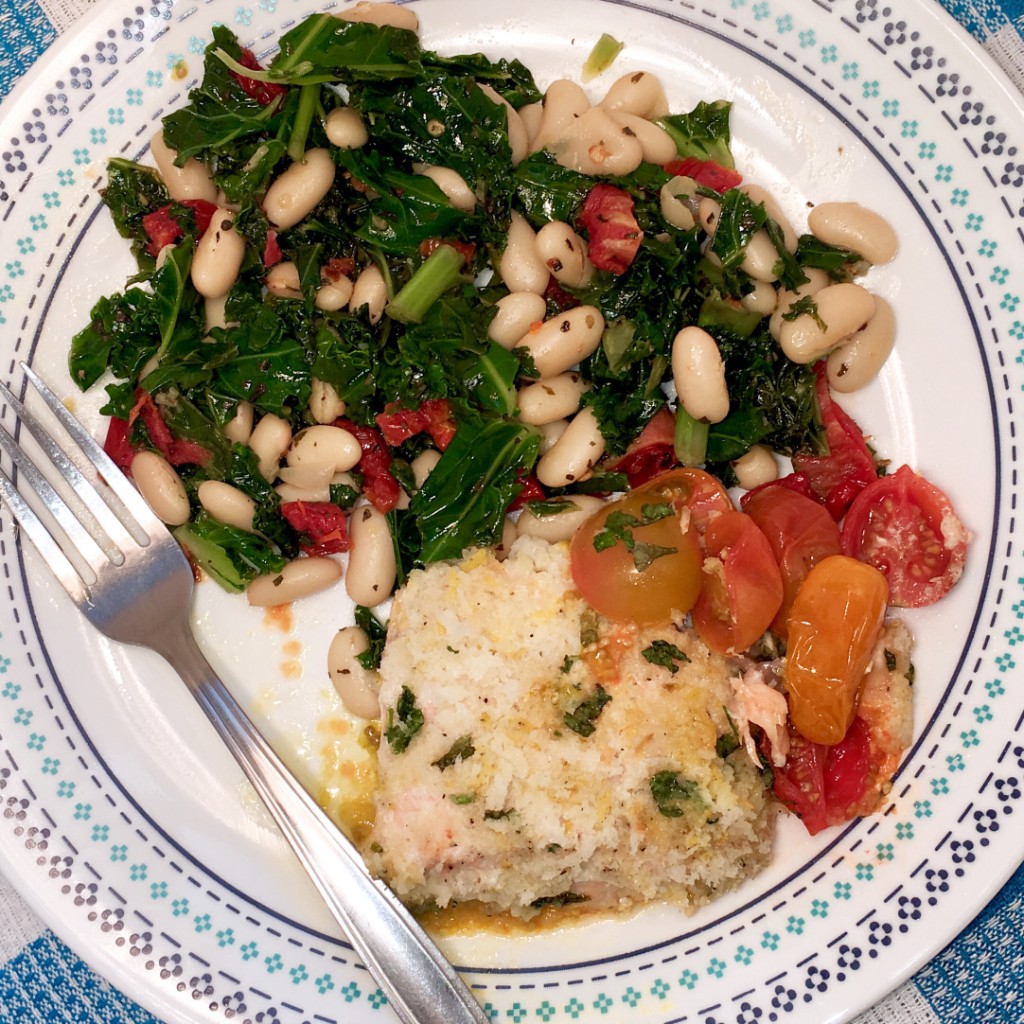