How can I be sad when I have breakfast, lunch, and dinner?
Recent Posts | Read from the beginning | About
Showing all posts filed under: meatloaf

The recipe said to roast the broccoli for 35 minutes, and we roasted it for 20 and that was way too long. Also I need to make sure that I cook the meatloaf and the broccoli in a separate pan next time. Broccoli with meat juices does not taste right.

I also forgot to flip the sweet potatoes halfway through, so they all just got really dark on one side. 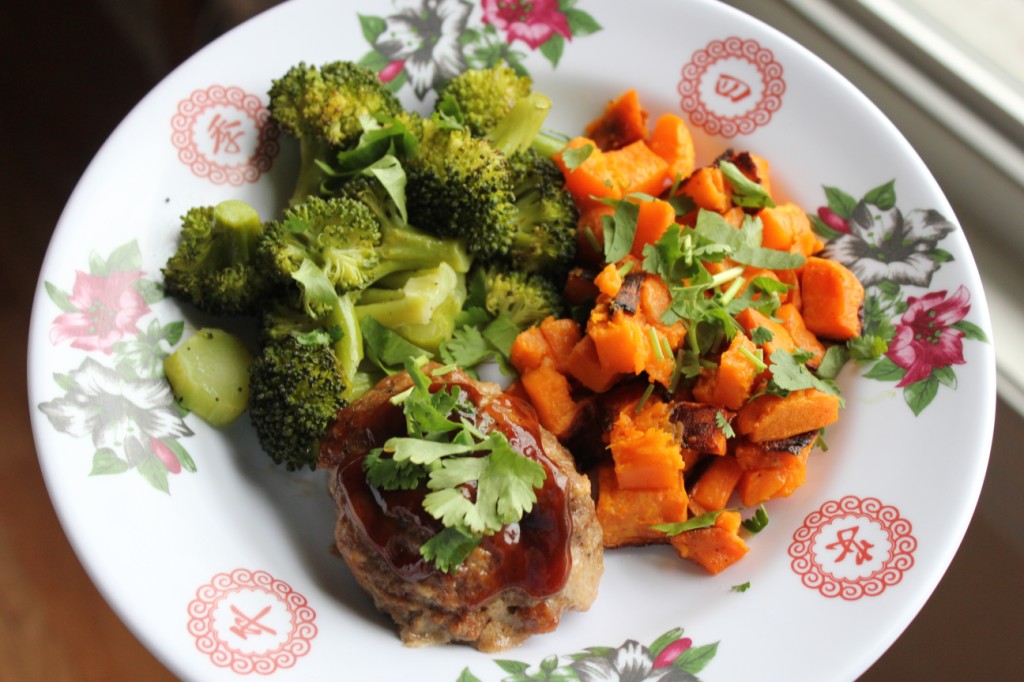 The lighting is really nice by the window.

I actually still have more broccoli and sweet potatoes, so I'll need to find more recipes that use them.

I bought a loaf pan last month, so I've been meaning to make meatloaf for a while. I found this Thai Turkey Meatloaf recipe from Budget Bytes. And I know we just had ground turkey last week, but for some crazy reason all the recipe sites I look at exclusively make meatloaf with turkey.

She put rice inside of the meatloaf! Maybe that's what makes it Asian. We cut the recipe in half because 2 whole pounds of turkey seemed like a bit much.

For the most part we followed the recipe, but I probably used five times as much ginger as the recipe called for, and I used red onions instead of green. Can you believe Aldi was out of green onions?! This is the fourth time this has happened this year!

To go with the Asian meatloaf, we also made these Sweet and Spicy Brussels Sprouts from How Sweet Eats. I liked the flavor, but I think the sauce needs some adjustments. Next time I'll only use 1 tablespoon of chili garlic, 1 tablespoon of soy sauce, and I'll cut every other sauce ingredient in half. 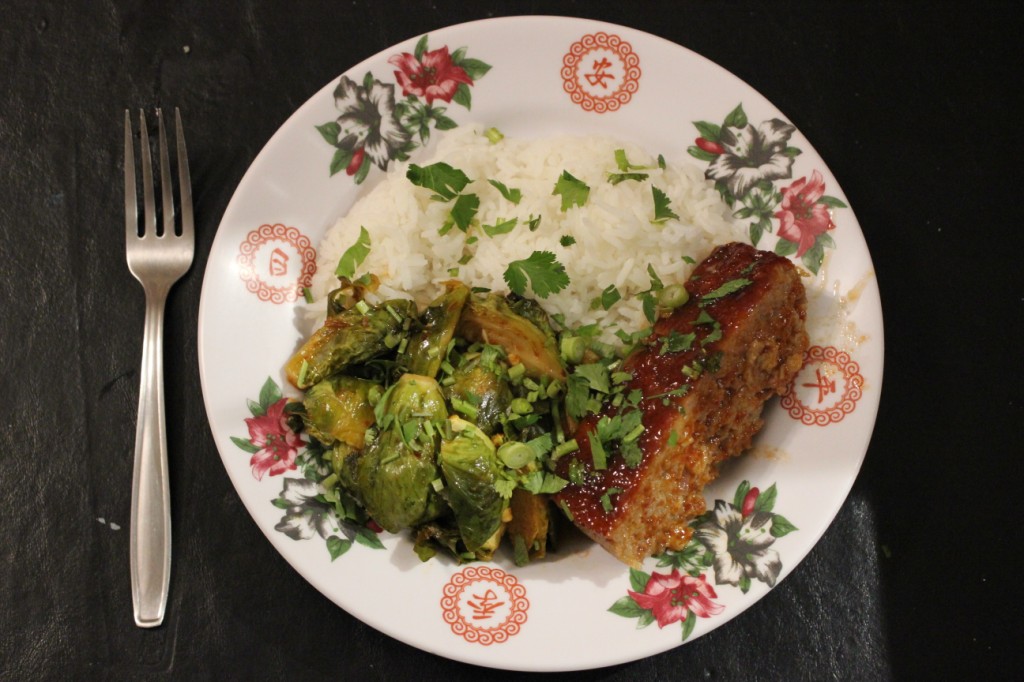 My sister plated this. I plated one too, but it wasn't as pretty.

Overall, it was very Asian American. I found the meatloaf to be very sweet and the brussels sprouts to be very soy sauce-y, but the flavors worked well together.

Filed under: meatloaf brussels sprouts aldi is out of scallions ):