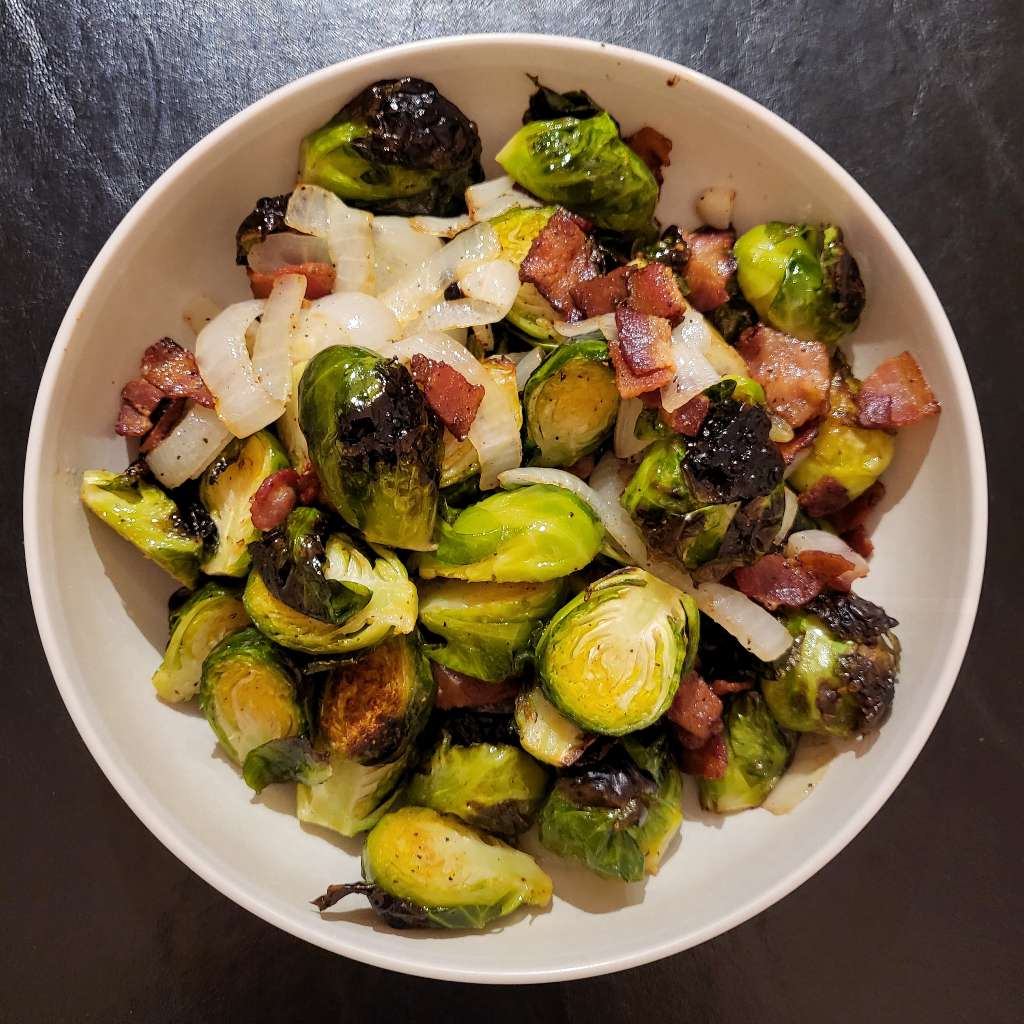 This is exciting. I am finally posting one of my own recipes on my food blog. Honestly, it's not much of a recipe. It just happens to be my go-to way of preparing brussels sprouts. But I google searched the title of this recipe to see if anyone had the same idea, and while there are a lot of variations on brussels sprouts, bacon, and onions, none were exactly like mine.

Equipment you will need 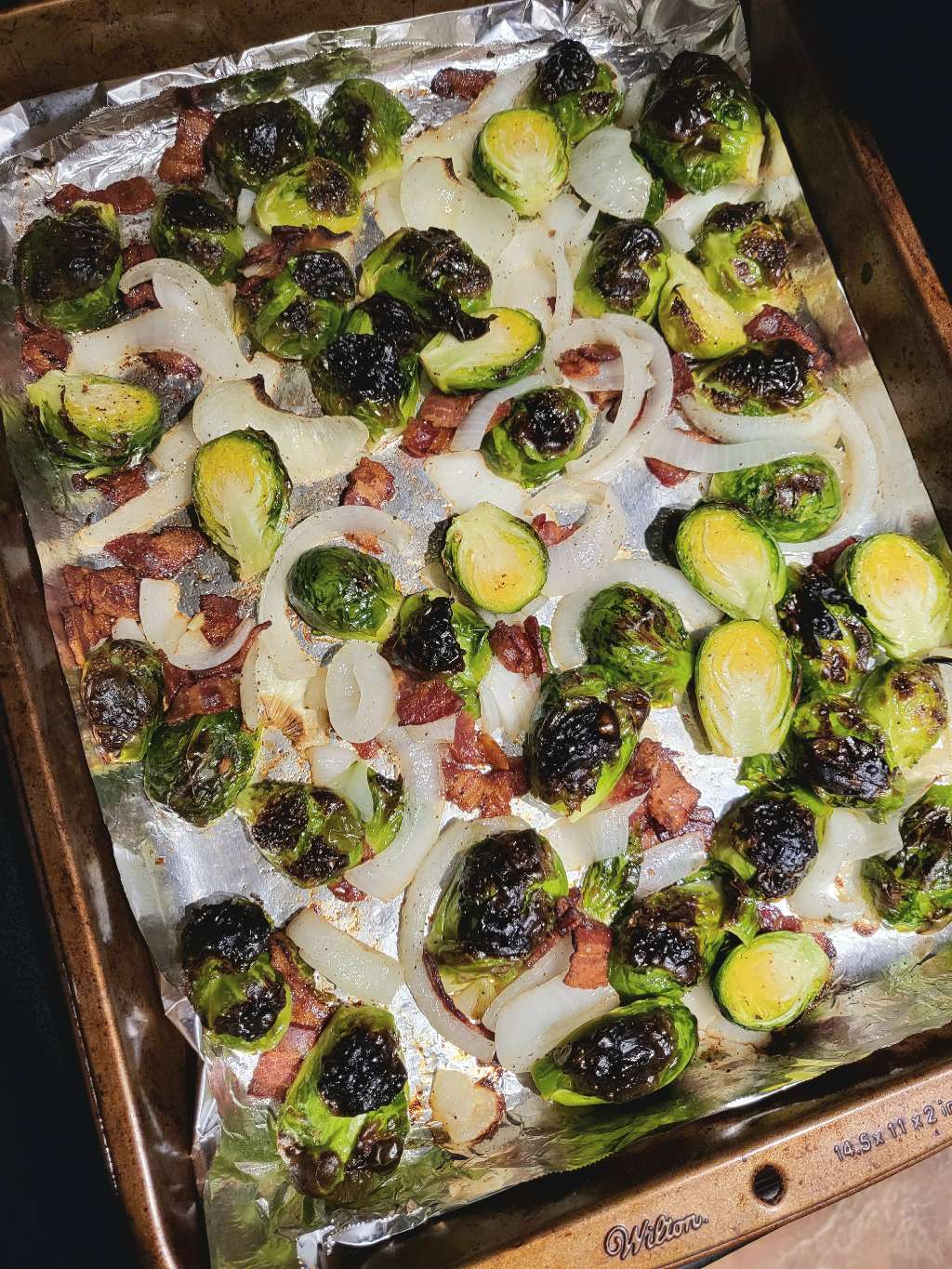 Substitutions - You can totally use a non-sweet onion! It will still get sweeter when you roast it. You can also use kosher or sea salt instead of table salt, but you might want to increase the amount to 3/4 teaspoon.

On obtaining bacon - I prefer to use a nicer cut of meat from the butcher at the grocery store. I find most pre-packaged bacon to be way too salty for my tastes, so I always go for something sweeter, like a honey smoked bacon. This also allows me to only buy exactly as much as I need.

Don't overcook the bacon! - You don't want the bacon to be already cooked to your liking in the skillet. It will cook more in the oven. I also think bacon is good with a little bit of chew to it.

Cook time and temp - Every oven is different. I found that cooking at 425 for 30 minutes works for my oven, but if this is your first time roasting brussels sprouts, I would check every 10 minutes, and keep cooking until it gets a little brown.