How can I be sad when I have breakfast, lunch, and dinner?
Recent Posts | Read from the beginning | About
Showing all posts filed under: not weather appropriate

This meal was somewhat inspired by the Sesame Slaw recipe I saw on Budget Bytes. Yup, it's something like -2° Fahrenheit outside, and we're making salad.

This was just one of those meals where I tried to utilize whatever was in my fridge/freezer as much as possible. We still had a small amount of frozen dumplings left over from the dumpling party. We also had one piece of sweet and spicy chicken left. 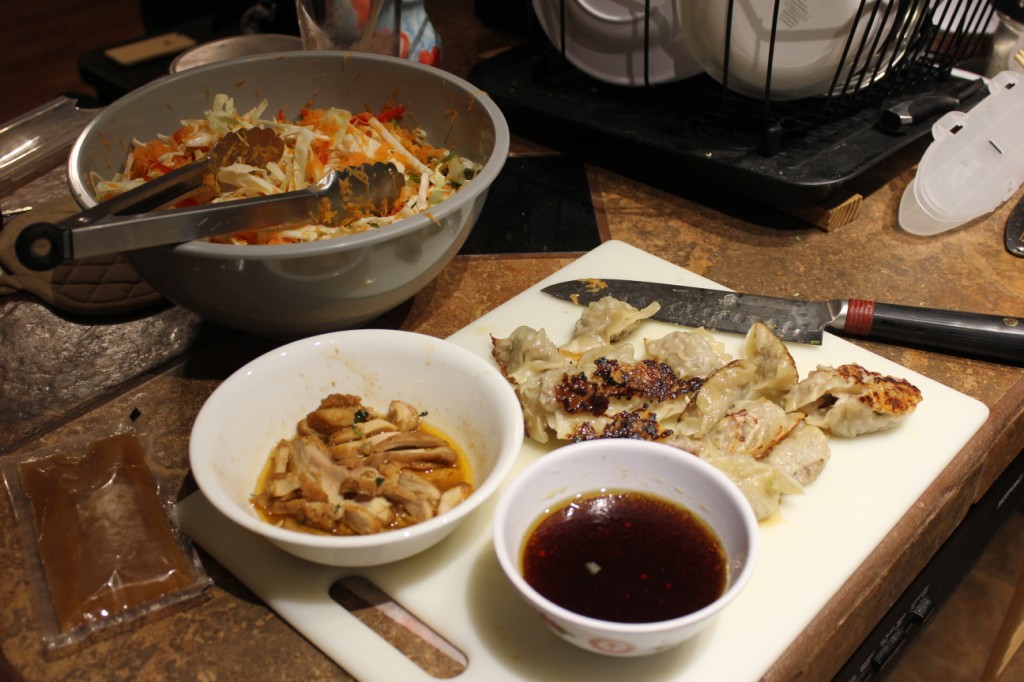 The bottoms of the dumplings are visible this time!

Oh, and lots of salad dressing packets. I keep buying various salad mixes that come with dressing packets, and then only end up using the veggies since I put them on my tacos.

It was a pretty delicious makeshift Chinese meal. 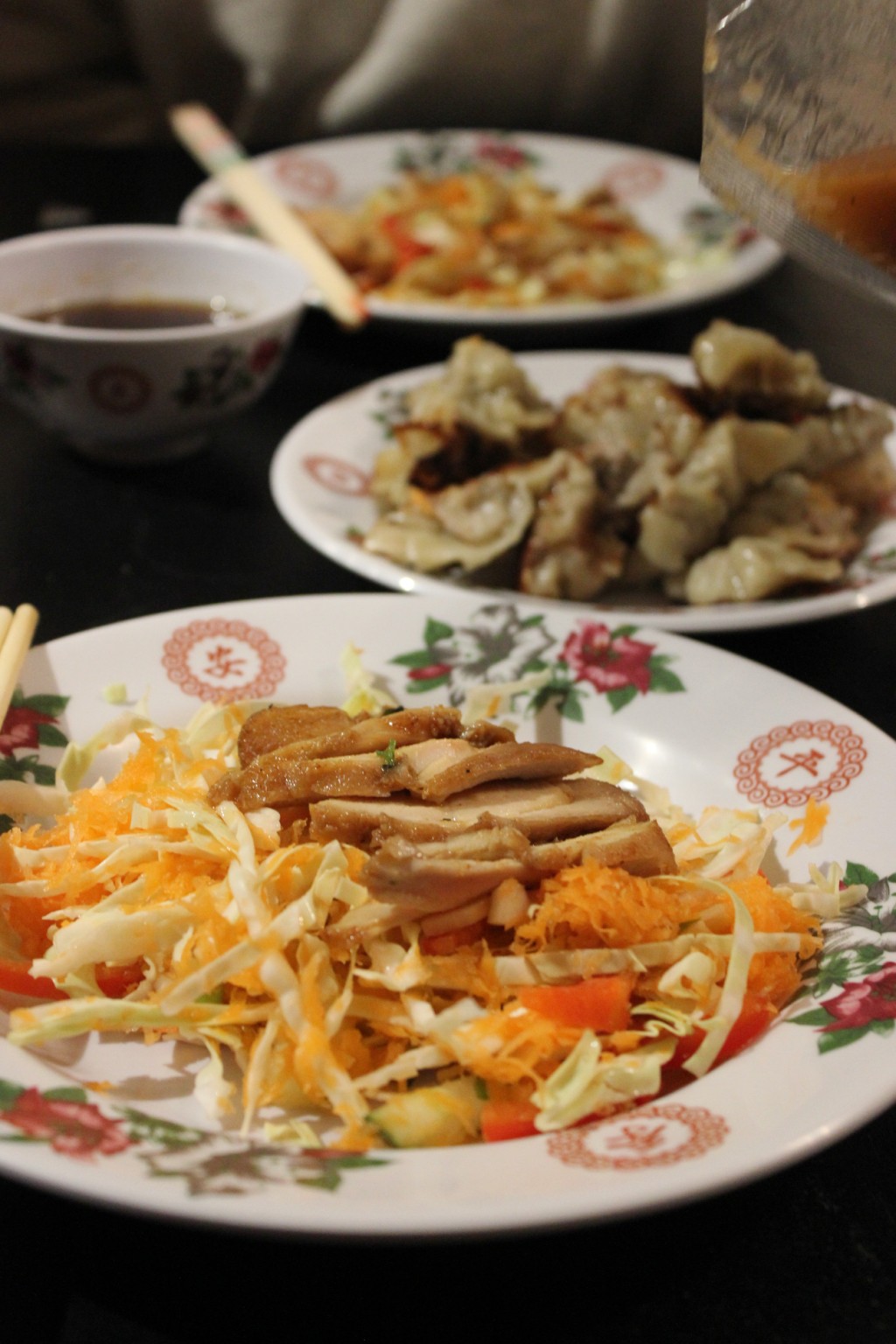 Of course, now we have a bunch of leftover salad. But you know what's great about cabbage? You can always stir fry it...