How can I be sad when I have breakfast, lunch, and dinner?
Recent Posts | Read from the beginning | About
Showing posts filed under: noodle soup
Older >>

Something that vaguely resembles pho

Every once in a while I get a sudden craving for pho. I don't know how it hits me, but I just think about that pho smell and then I want some. I'm not about to spend 6 hours simmering some broth though, so I needed a shortcut. I remembered that Budget Bytes has a "faux pho" recipe, and it has decent reviews, so I decided to give it a try.

Her recipe uses chicken, and it just doesn't feel right to have chicken pho. I wanted beef. So I used beef broth instead of chicken broth and sliced beef instead of cooked chicken. I had a container of beef Better than Bouillon that expired earlier this year that I wanted to use up, and I bought the cheapest piece of beef I could find at Aldi, which was an "eye of round".

The soup is really simple. It's just broth and five spice. And so I mixed my beef broth with five spice and took a sip. It...felt like it was lacking something. I wasn't really sure what, but I ended up throwing in some bullhead barbecue sauce (hot pot sauce) and a little bit of hoisin, and, well, it didn't really taste like pho, but I guess it wasn't bad.

I ended up squeezing a lime slice into my bowl, and that made it taste a lot better. Still didn't really taste like pho, but it was some good noodle soup. Later that day, after I got back from a walk, I remember stepping into my living room and thinking "hey it vaguely smells like pho in here!"

I had some leftover broth and fixin's so I made more the next day, but I just went completely hot pot on it, and added cooked broccoli as well.

I really like noodle soup, and I want to give pho a try again. Maybe I'll actually use a recipe from an Asian person next time.

Filed under: noodle soup only a little expired

Noodle soup has been on my "to-make" list for months, and I finally made some yesterday! 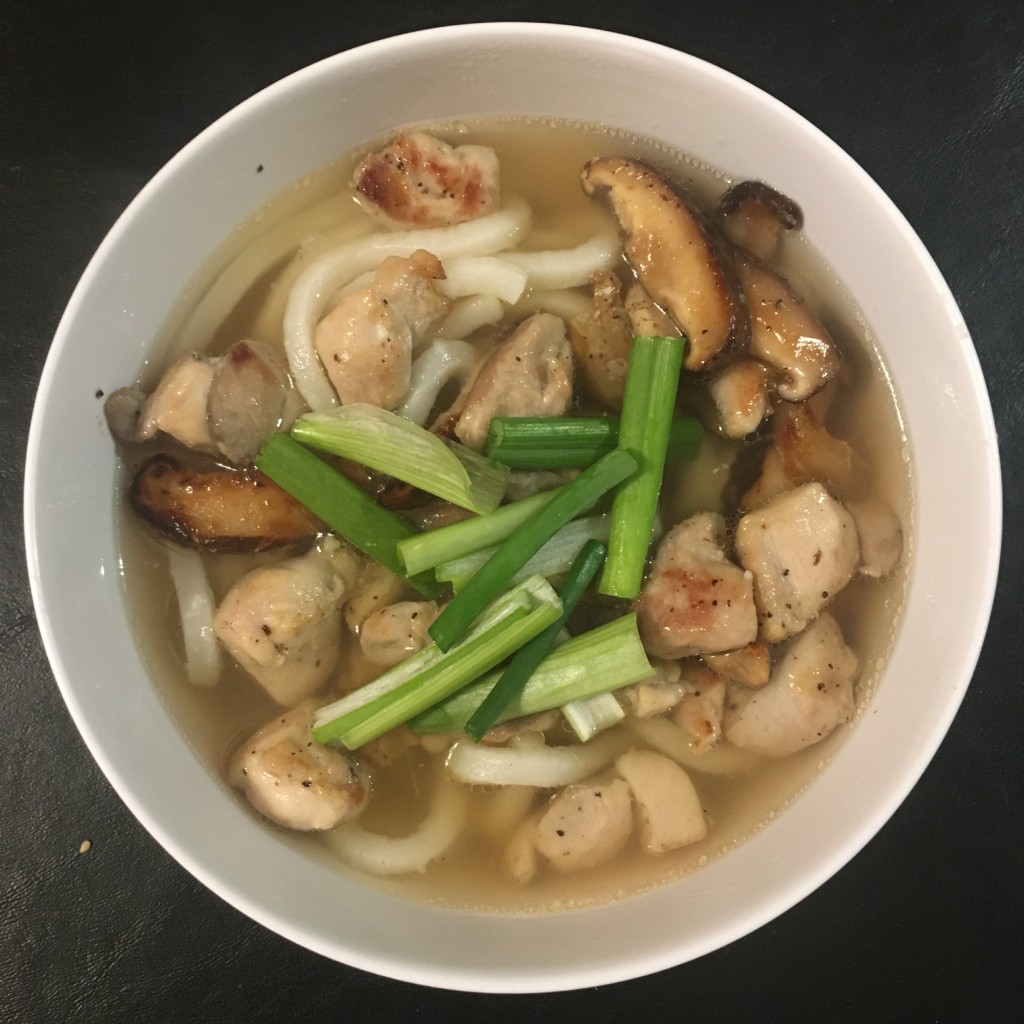 I used this Udon Noodle Soup with Chicken and Mushrooms recipe from The Woks of Life. I've made it once before, but last time I made it I didn't have any dashi. It turned out really well this time and was really easy to make. 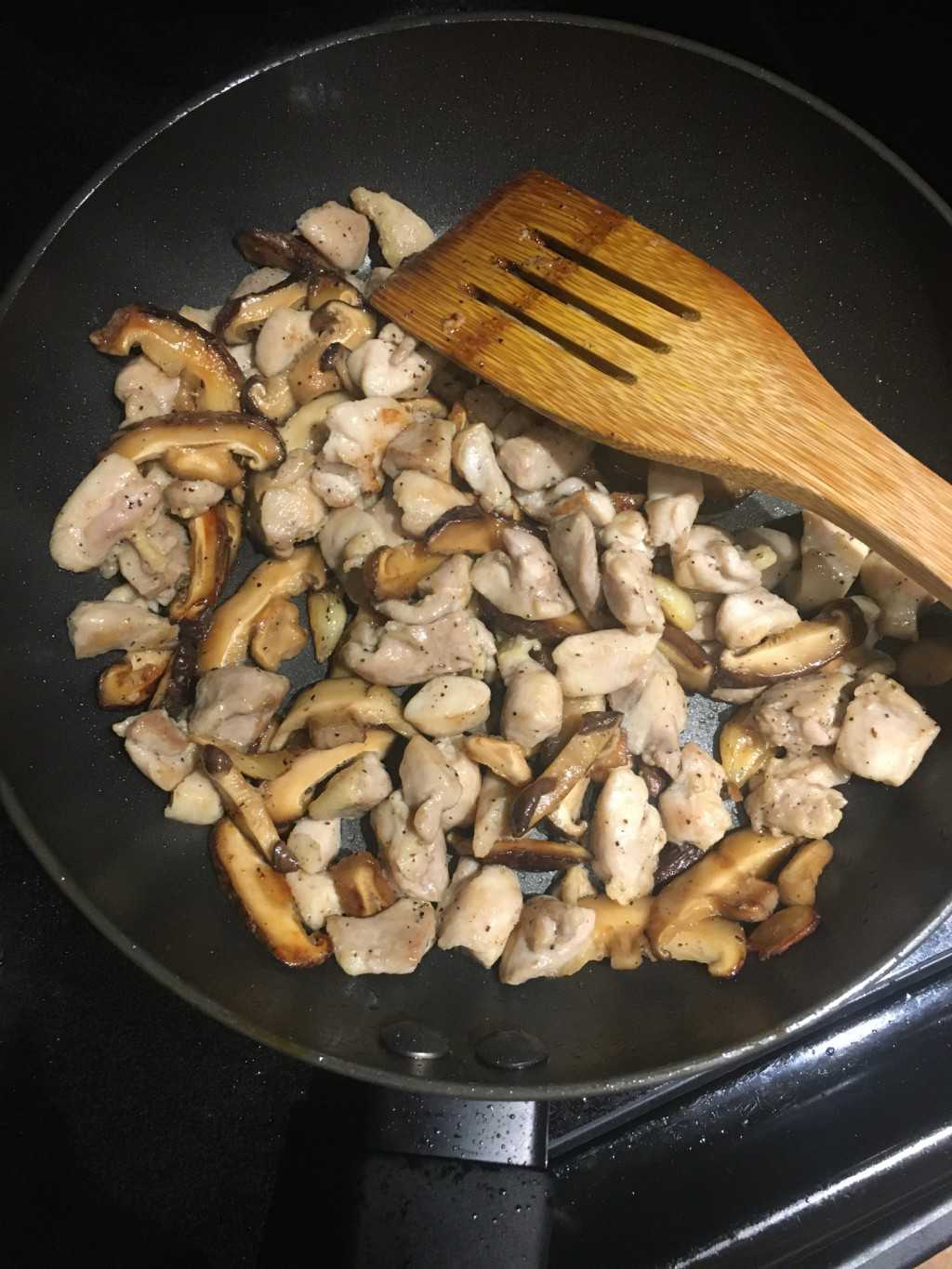 I'm not sure I'd change anything in this recipe, except next time I'll buy smaller noodles. These udon noodles were really thick, and I think I want something a little easier to fit in a chinese soup spoon. 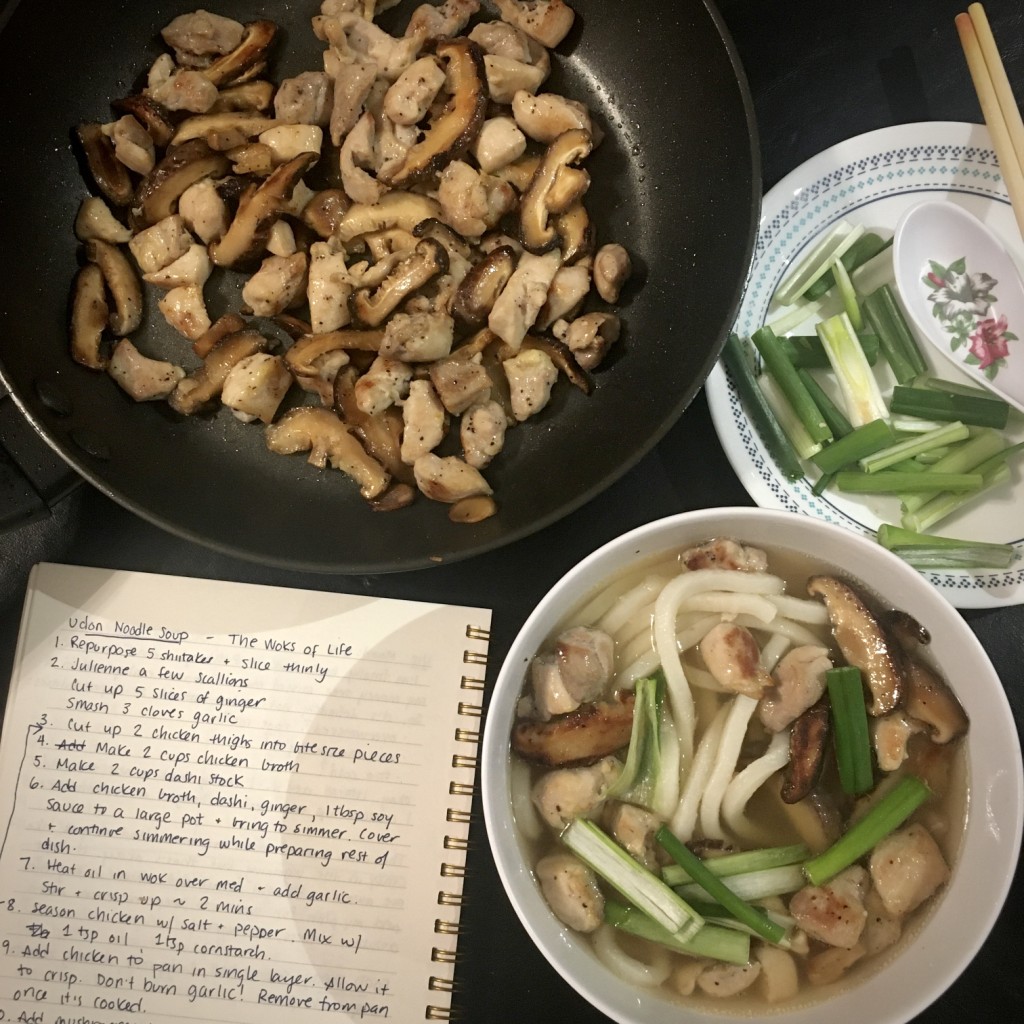 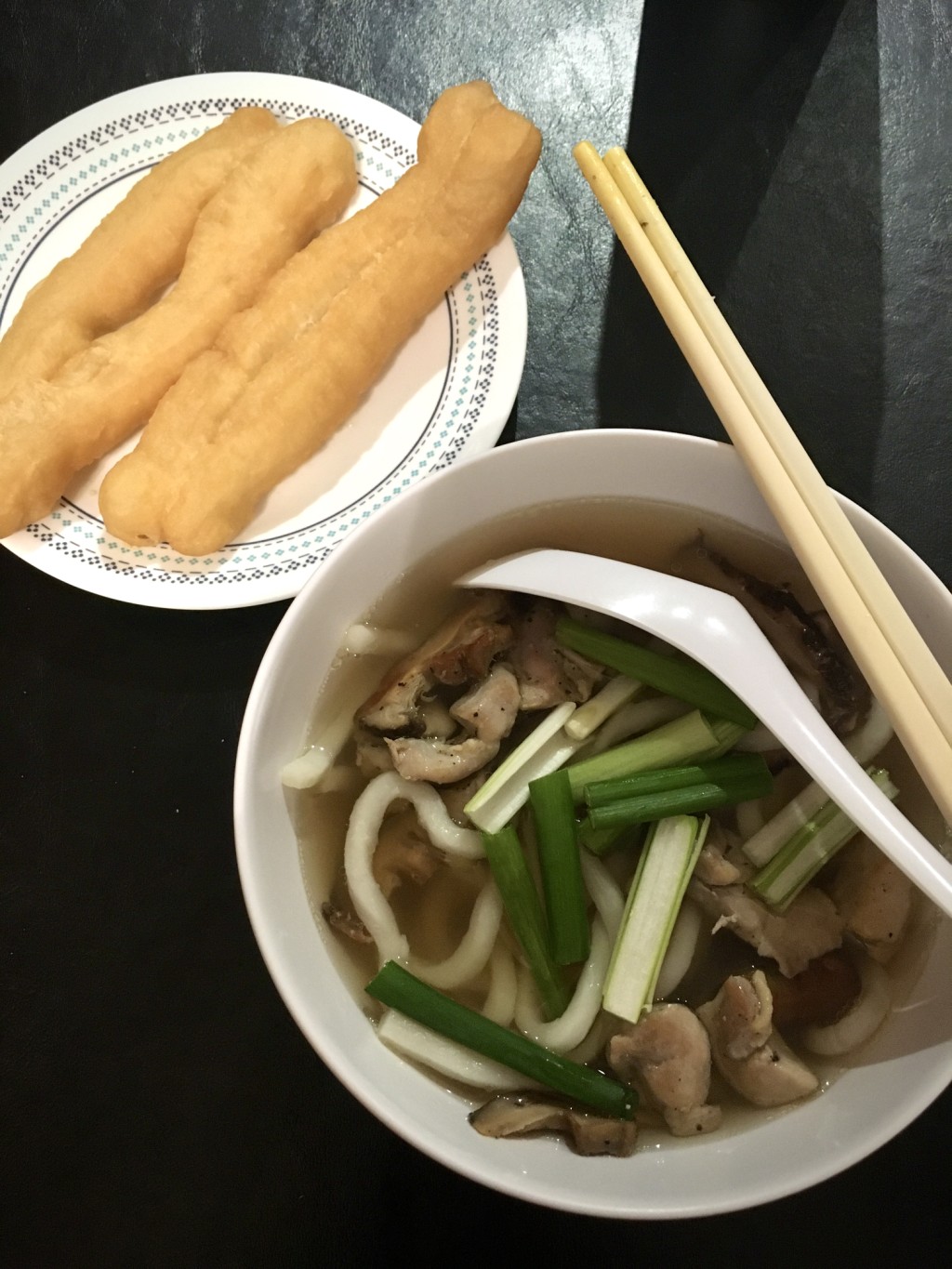 See that 油炸粿 in the corner? I didn't make that. My aunt did. She watched Youtube videos and worked on that recipe for two years perfecting it. That's above my level for now. 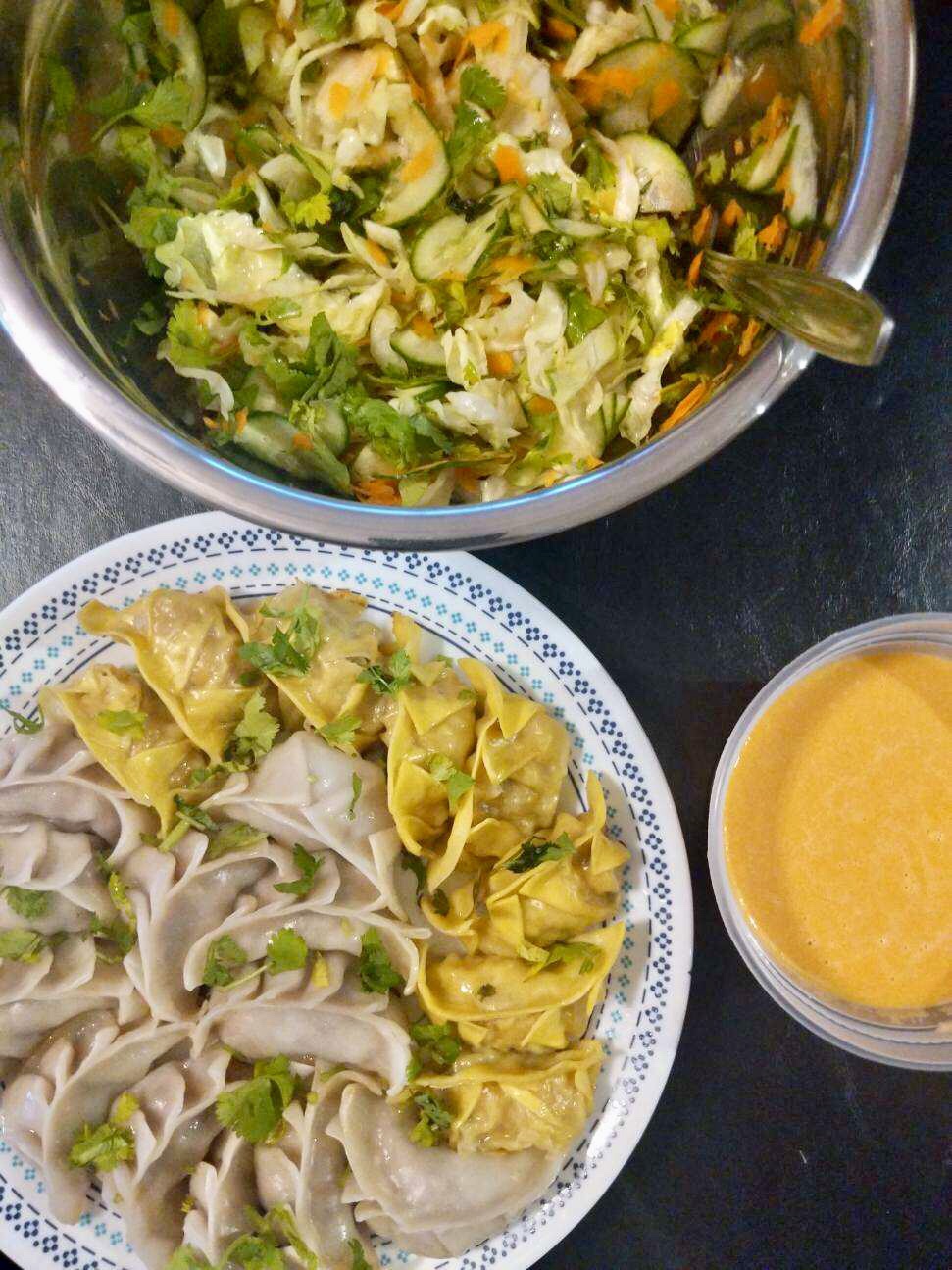 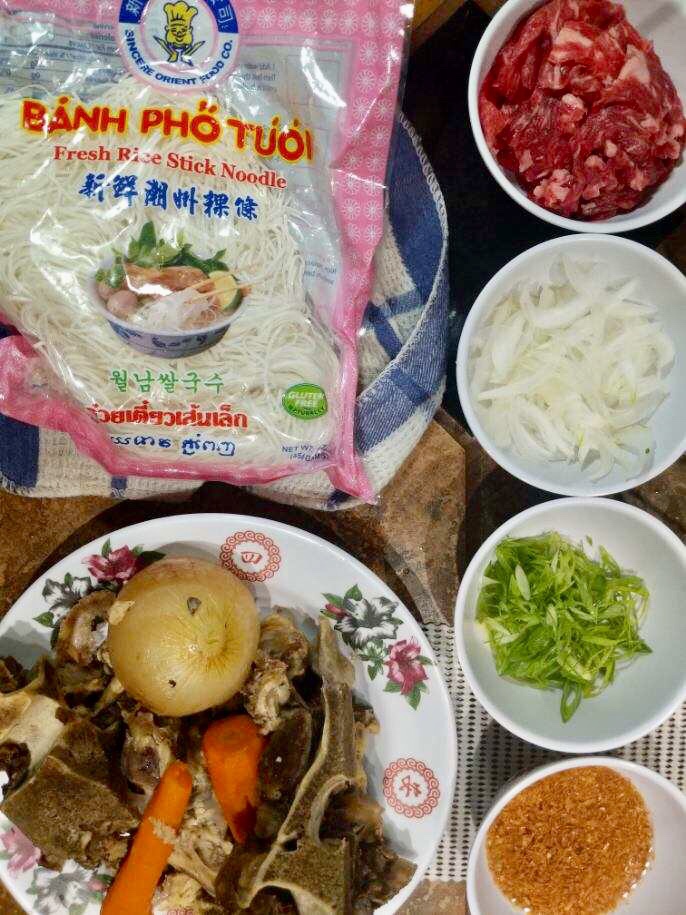 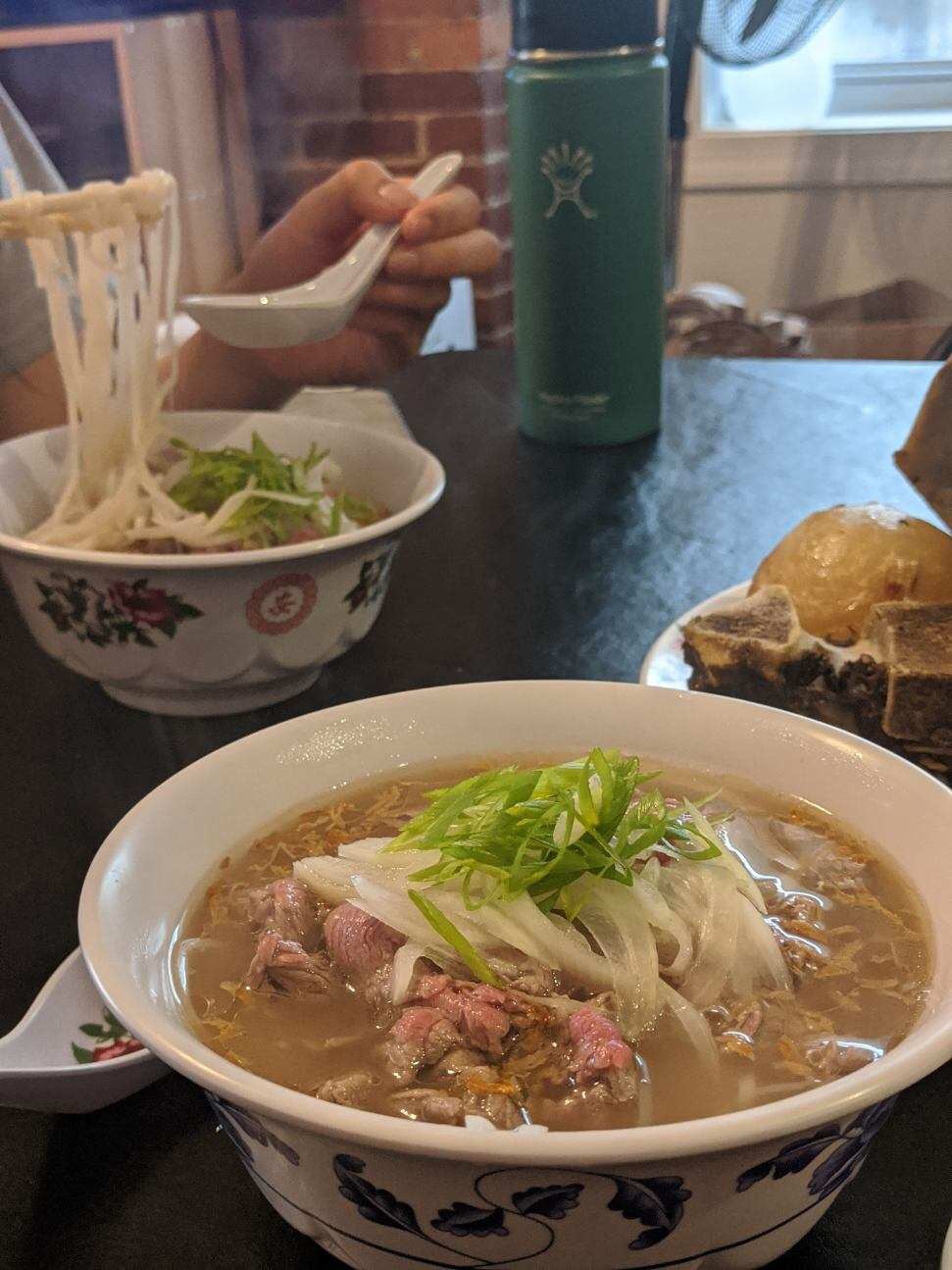 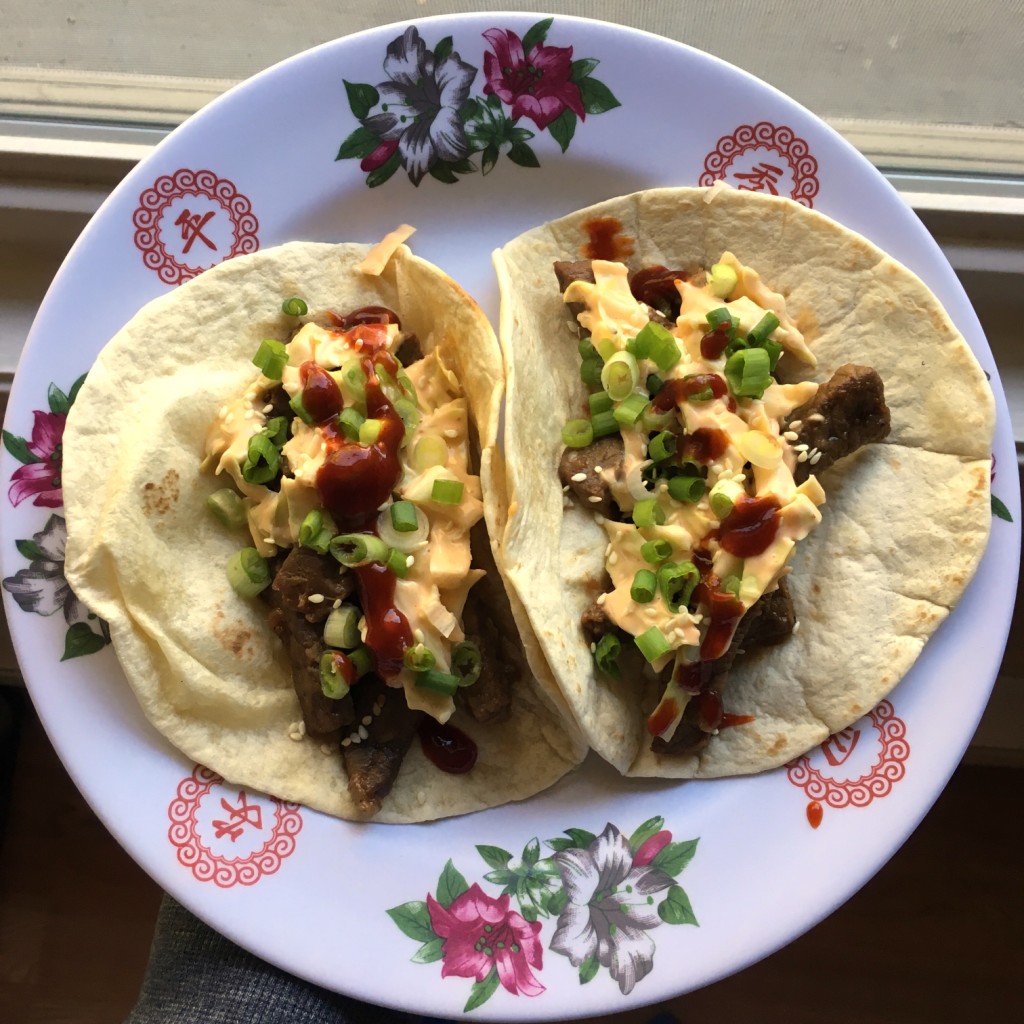 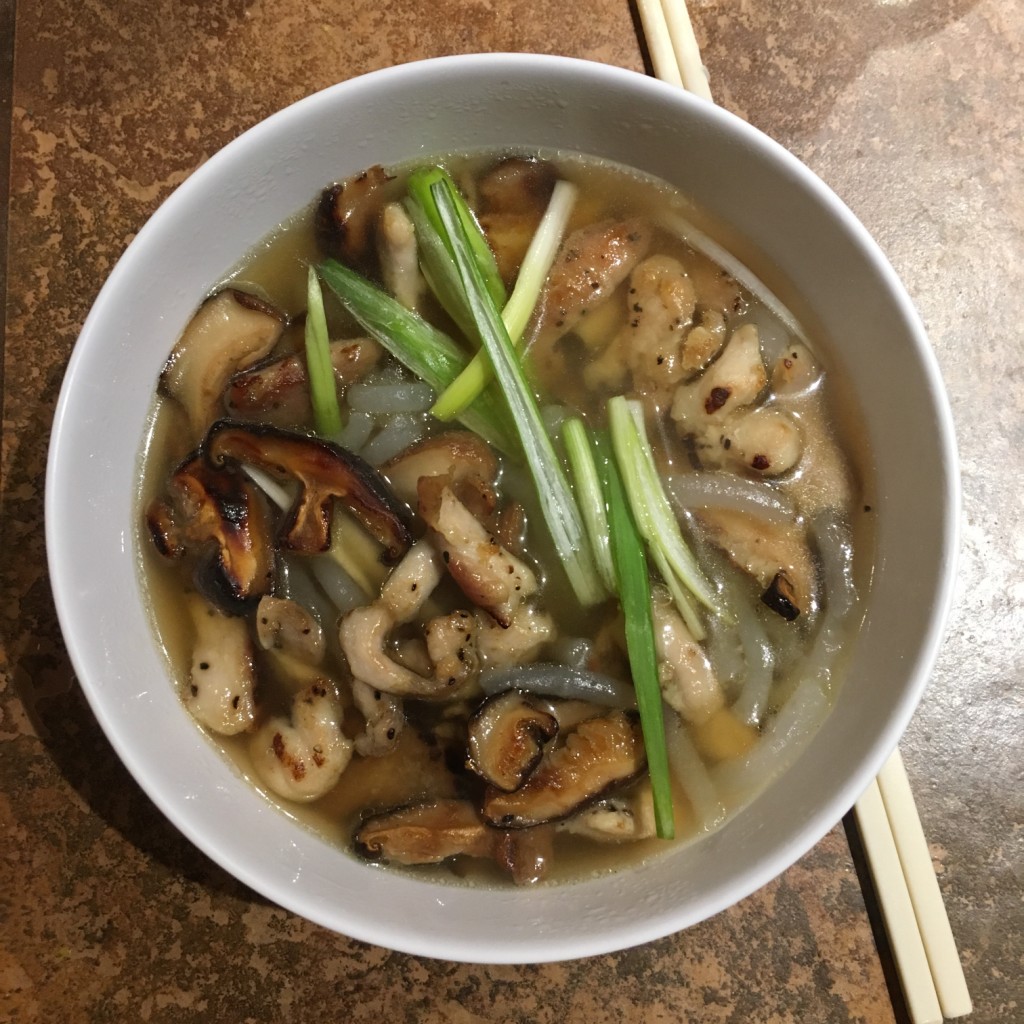 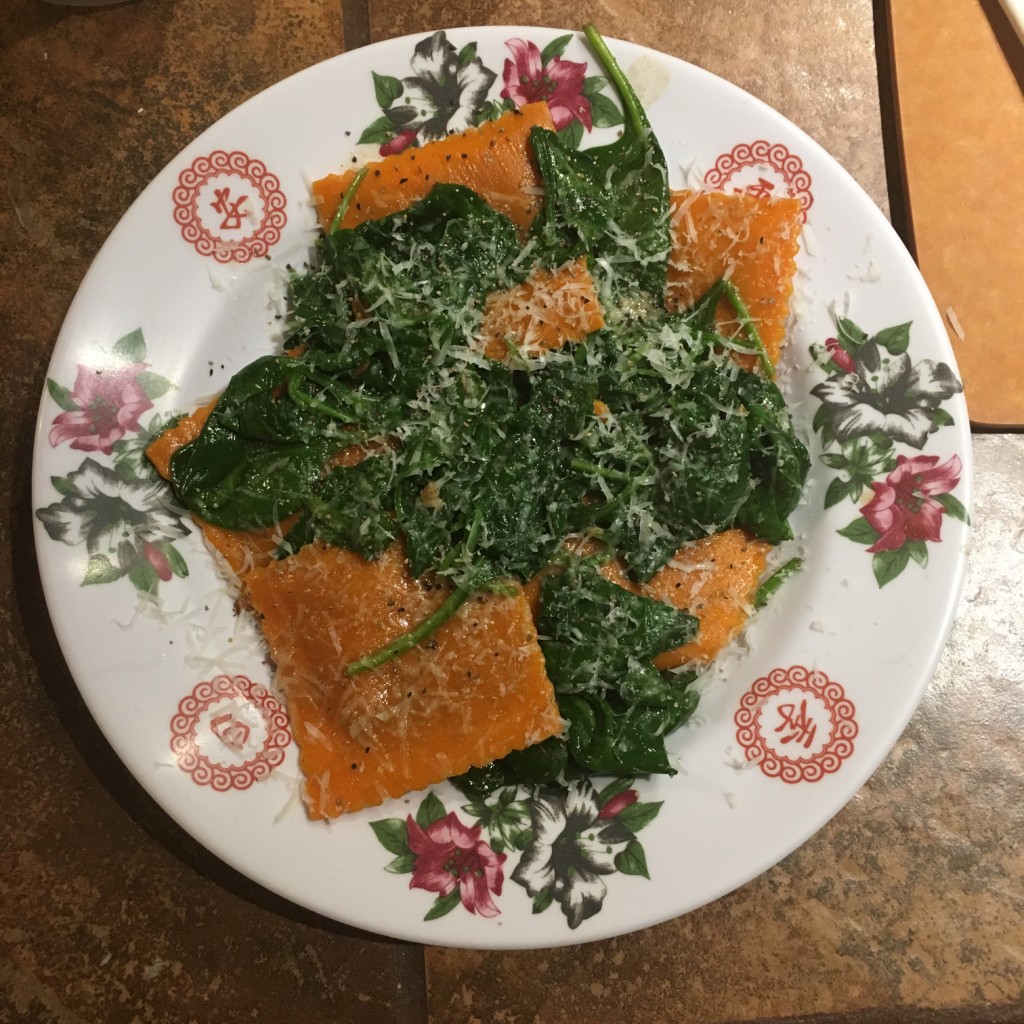 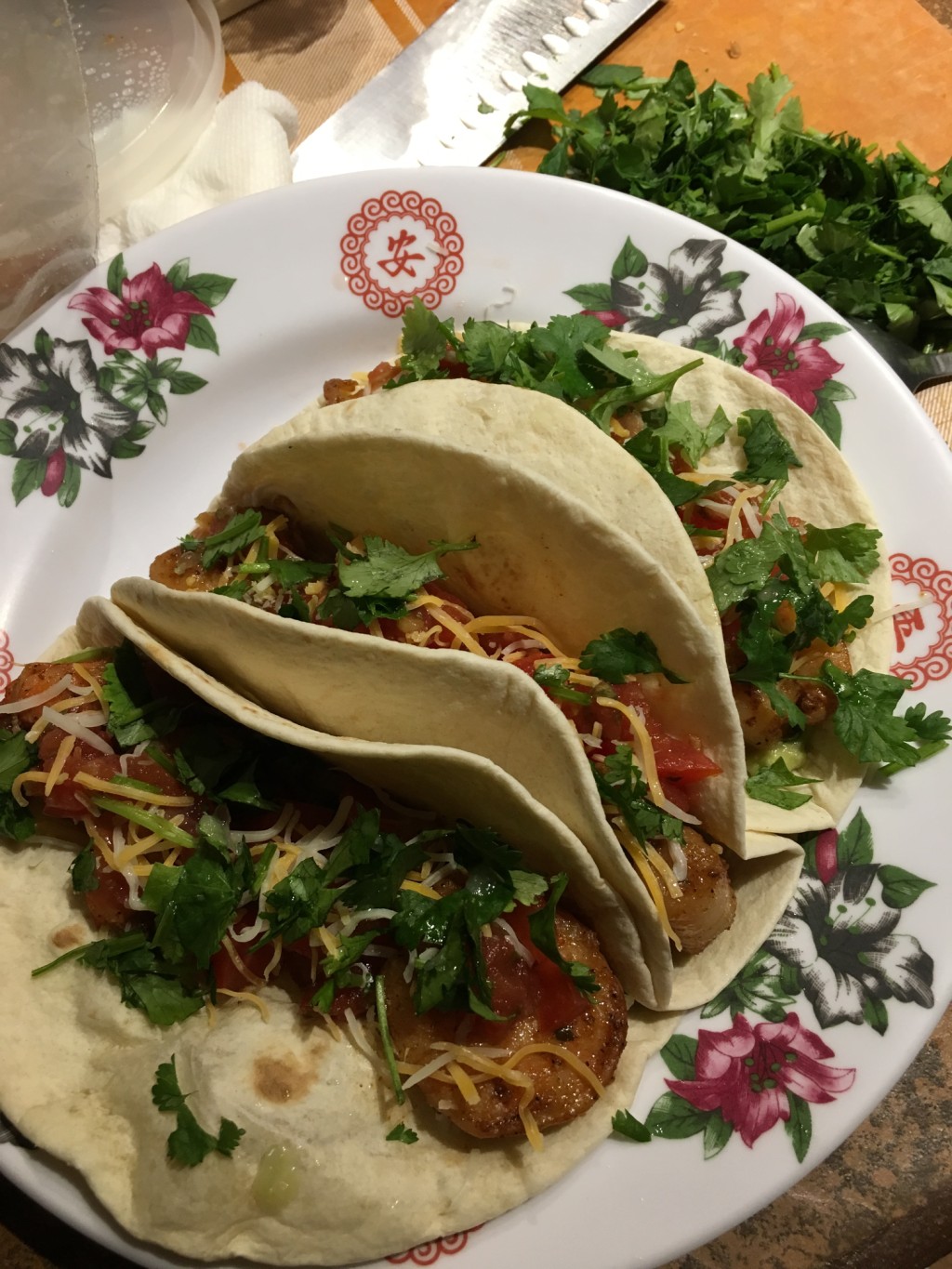 
Older >>
How can I be sad when I have breakfast, lunch, and dinner?
Showing posts filed under: noodle soup
Older >>