How can I be sad when I have breakfast, lunch, and dinner?
Recent Posts | Read from the beginning | About
Showing all posts filed under: holiday traditions

I know I've eaten this at Chinese restaurants plenty of times, but I never really got excited for it until my aunt decided to make it for Thanksgiving one year. Ever since then, it's become one of my family's most requested Thanksgiving dishes. 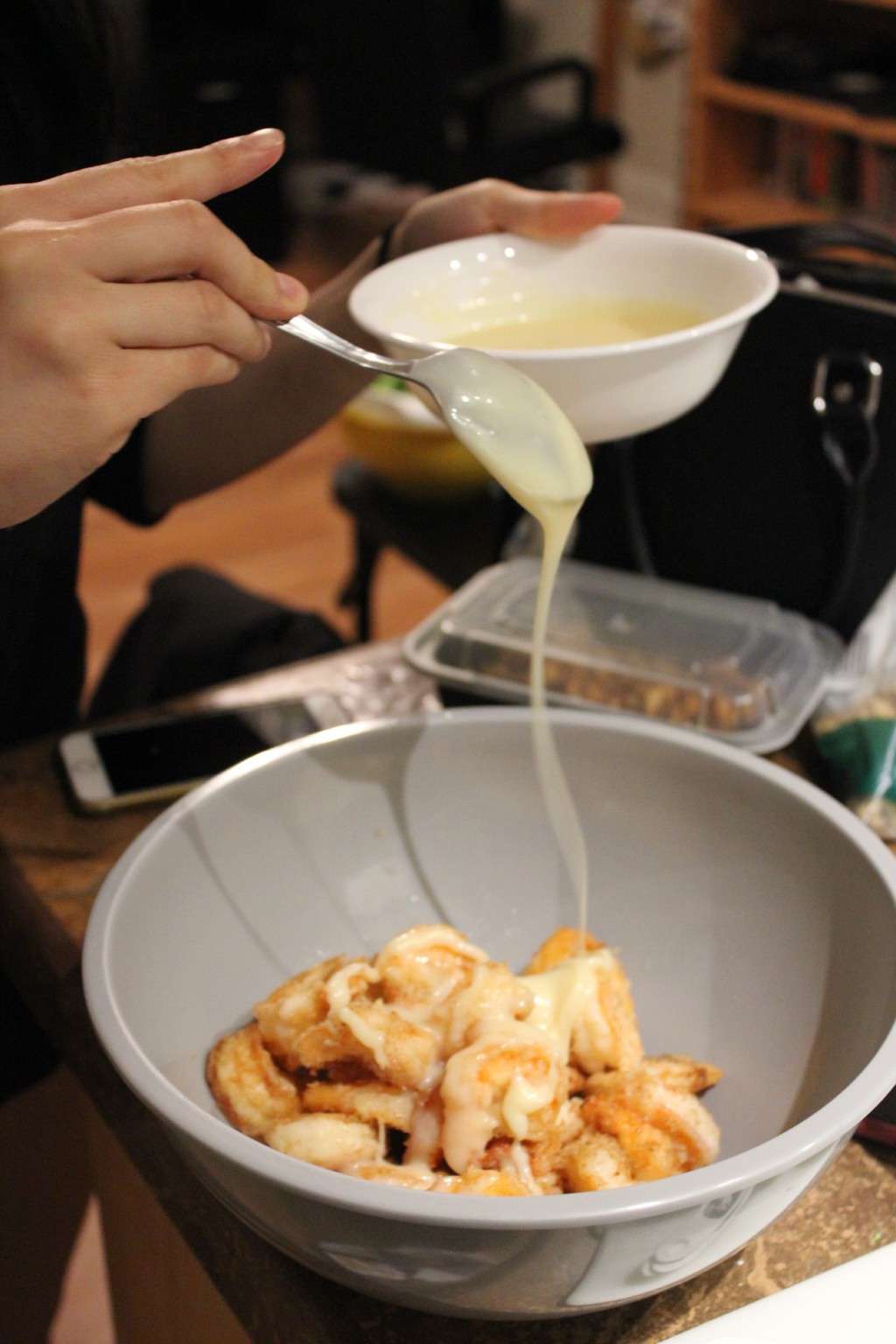 And this year my family had it for Chinese New Year. But my sister and I didn't get to go home so we had to make it for ourselves. Shrimp was on sale this week so I had to buy it!

We used this Walnut Shrimp recipe from The Woks of Life. It was delicious, but I think it could have used more breading though. It also only called for a pound of shrimp and it claimed to make 4 servings, but those must be some tiny servings. We made 1.5 lbs and I think that might have been enough for 3 people.

I'll definitely be making this again.

I know we had fish tacos yesterday, but our official new year's celebration happened on Sunday, making and cooking dumplings.

Our dumpling filling consisted of ground pork, onions, and chives. We actually had to look in three different grocery stores just to find ground pork. Giant Eagle only had a pound left and Whole Foods sells pork for $5.99/lb! It's a good thing I have a lot of grocery store options. 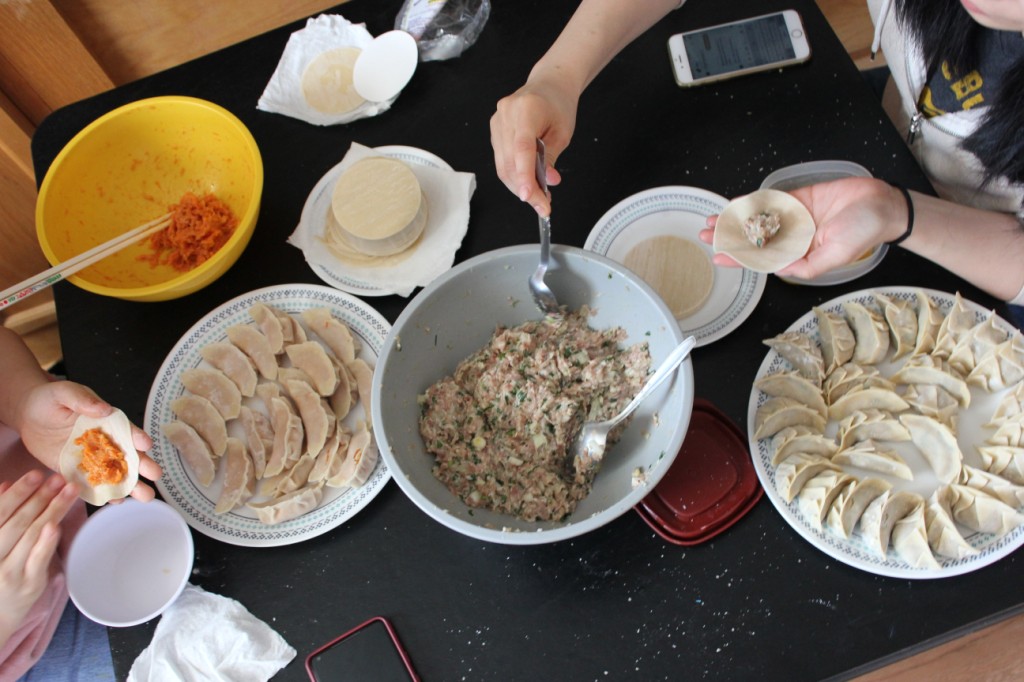 My friend also made a filling with ground turkey and carrot. It kind of reminded me of shumai. 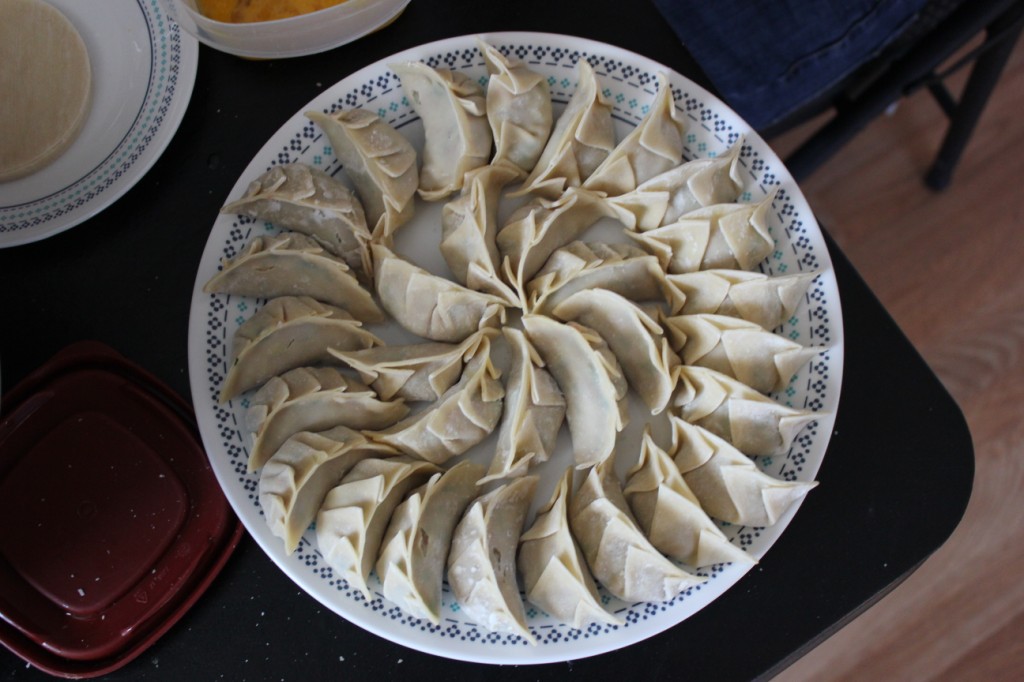 We pan fried the pork dumplings and boiled the turkey dumplings. Everything was delicious. Next time I think I'll up the ratio of chive to pork. I love chives.

All in all, it was a successful dumpling party. I definitely want to have more of these in the future.

I've always thought Blue Apron was a huge waste of money. I have to pay $8+ for a meal that I need to prep and cook myself. I actually like going to the grocery store, and I don't like cutting vegetables, so why would I ever pay extra money to cut veggies?!

However, all of the Blue Apron recipes are available online for free! And they have a pretty great cookbook with useful pictures. My favorite of their recipes is Spiced Catfish Tacos with Roasted Sweet Potato and Coleslaw. 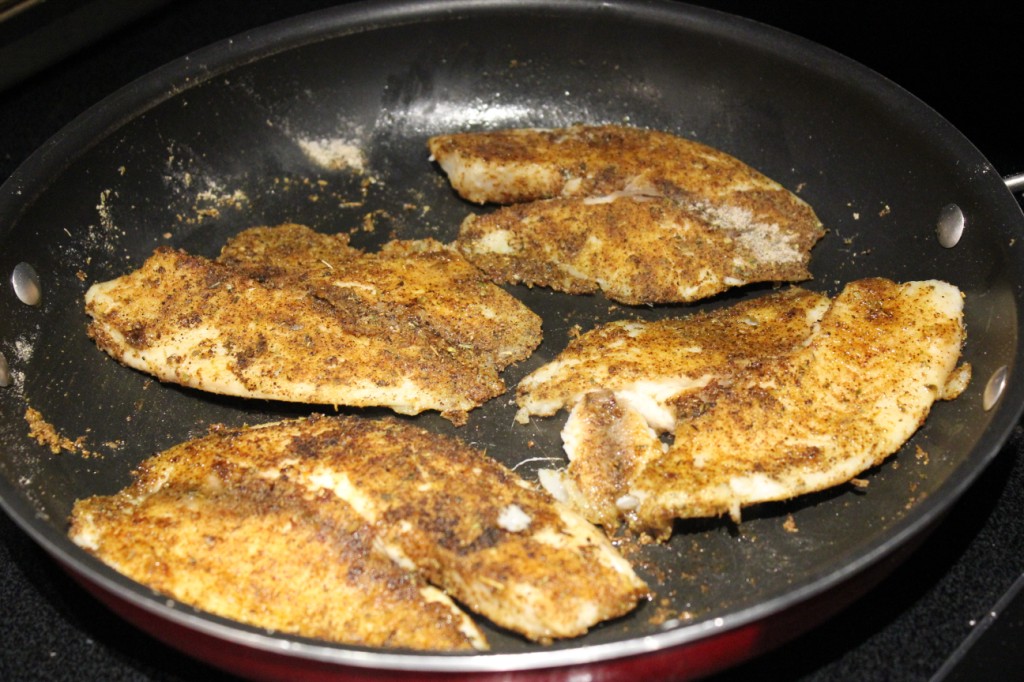 Except I use tilapia because even though I don't know how much catfish costs, I know it costs way more than tilapia. 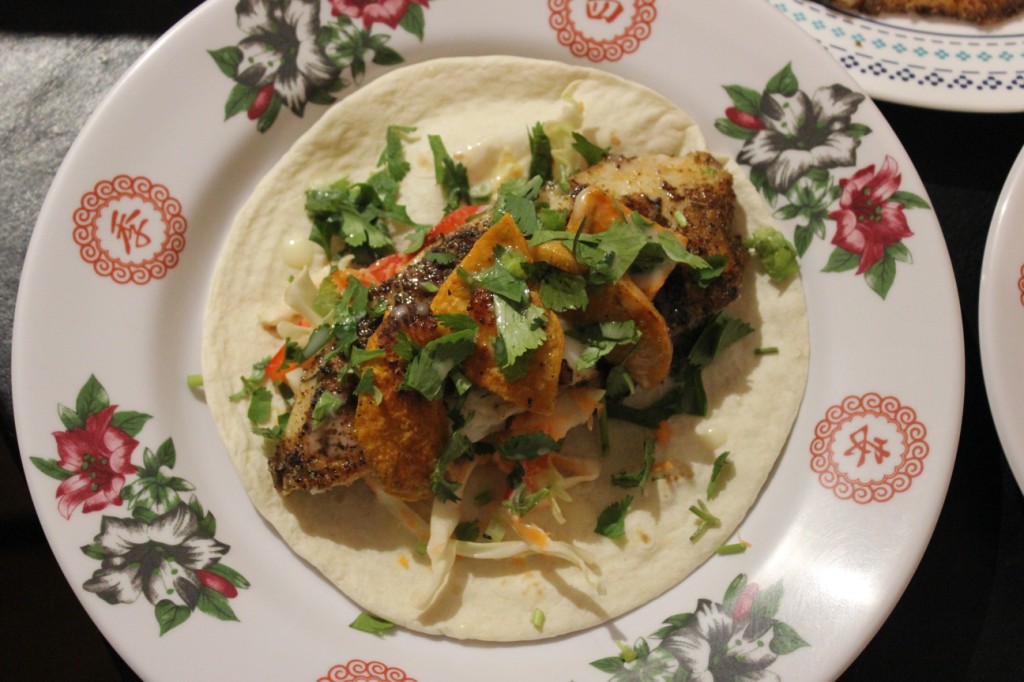