On Friday night, my aunt excitedly told me "I'm going to make bao tomorrow for breakfast!" Bao? For breakfast? That seemed like a lot of work. And it was. She made the dough from scratch and the filling from scratch. She did a bunch of prep work the night before, and then woke up super early the next morning to do even more prep work. And by the time I woke up, she was busy wrapping the bao.

I wanted to help too! I watched my aunt quickly, but precisely pinch the dough to make lots of pleats in it, resulting in a nice folded swirl. I tried doing the same, but for some reason the folds just disappeared once I closed up the bao.

My aunt kept saying "You need to use your thumb! Keep it in the same place, and use your other thumb to push the meat in!" I think that I eventually sorta kinda got the hang of it.

My other aunt steamed the buns, and then we finished them off by putting a red dot on each one, which the internet tells me signifies good luck.

We made another batch later in the day, and I must have forgotten everything because my aunt said "Child, you got worse again!" But she laughed and said that it doesn't matter how it looks, as long as it tastes good. 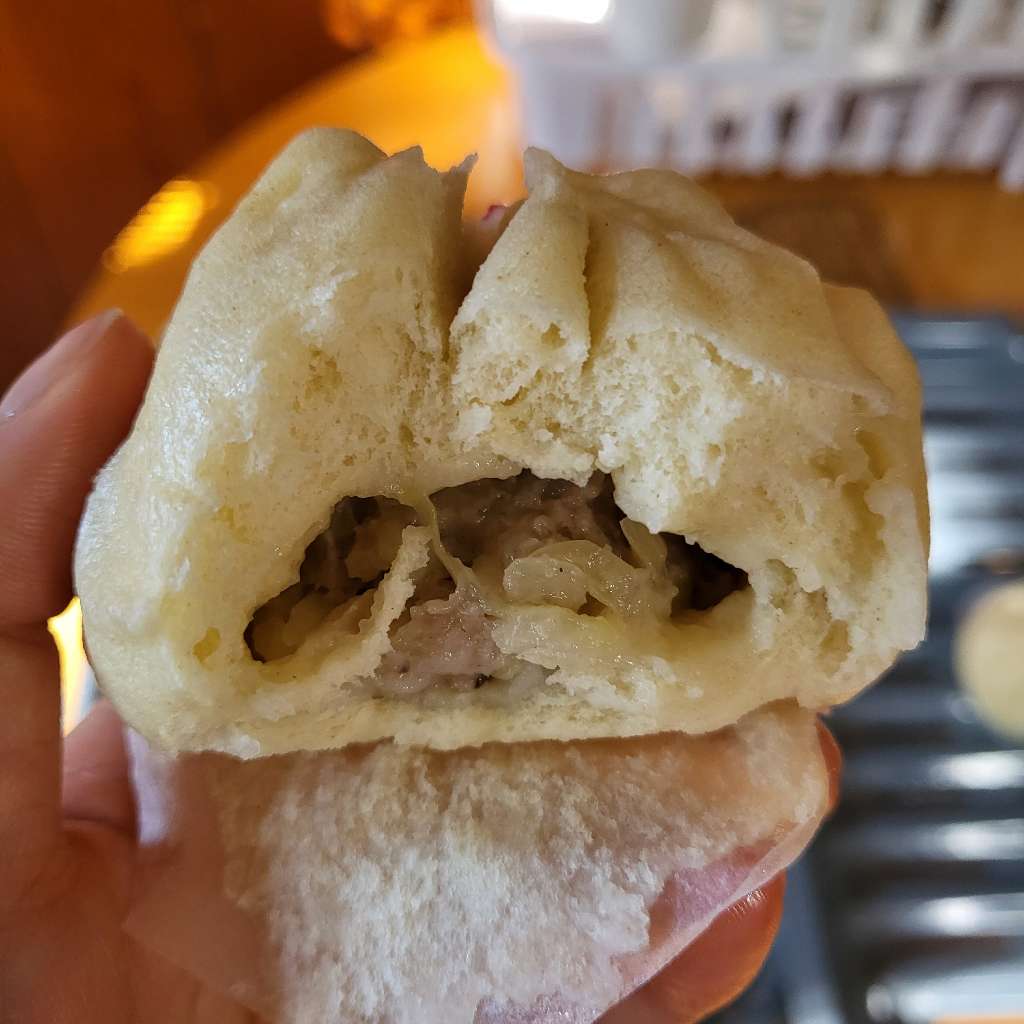 And it was delicious.

Filed under: bao cooking with family