in which I buy some "ice cream"

I'm getting bored with calling these posts "Meal Plan". It's really a weekly review, but I didn't want to call it that either. At one point I thought of making the tag line of this blog "thoughts on food", so I'm trying something like that. I was also going to append to that to give it a ridiculously long title, but I guess that's what subheaders are for.

So to start off, my whiteboard pic is back, and completely unedited! 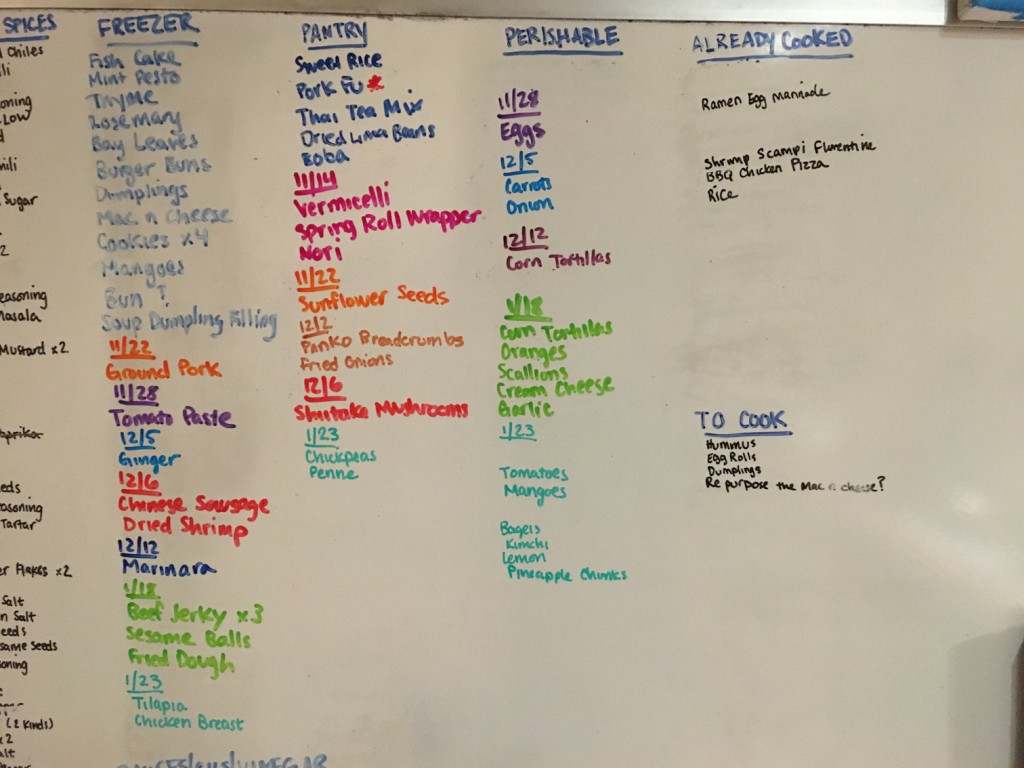 Hummus had already been on my to-make list for a while, but when I thought about the tomatoes that I didn't have a use for, I figured I could turn my hummus snack idea into a meal and make Mediterranean Hummus Bowls. That also used up onions.

Like I said earlier, I made Beef and Pineapple Enchiladas so I could use up some corn tortillas, scallions, and the rest of my pineapple chunks. Plus that worked really well with the hummus bowls since I could use half the ground beef for each dish. 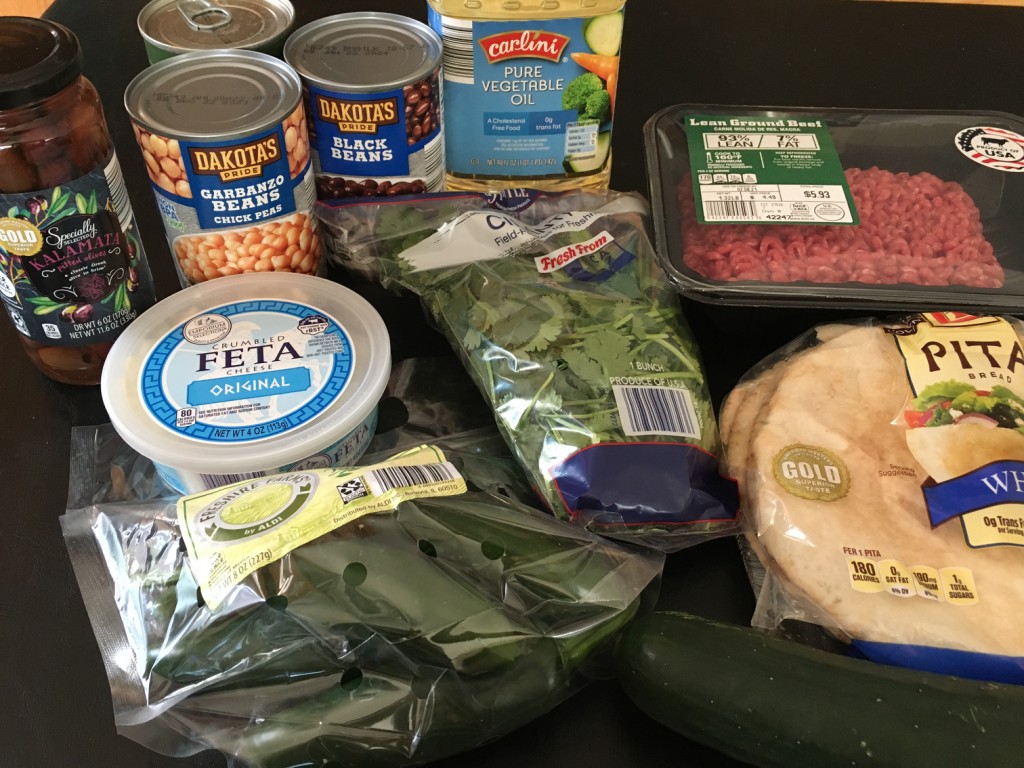 See that extra can in the back that's covered? Those are more chickpeas. You can never be too well-stocked on chickpeas. (Especially because I needed both of those cans this week) But you know what Aldi was missing? Tomato paste! I've never seen tomato paste run out at Aldi!

So I was just going to cut my losses and deal with having less tomato paste than my enchiladas called for (which honestly, would have been fine) but as I saw it snowing on Sunday I thought "This is perfect grocery shopping weather!" (because it's way less crowded.)

And you know what's even more perfect? Buying ice cream when it's snowing. Because I can walk at whatever pace I want and know it won't melt. (Also because it's always a good time to buy ice cream.)

So I'm standing in the gigantic ice cream aisle and I come to the same conclusion that I do every time I go to Giant Eagle: Giant Eagle has the WORST ice cream selection. It makes me angry. Every. Single. Time. 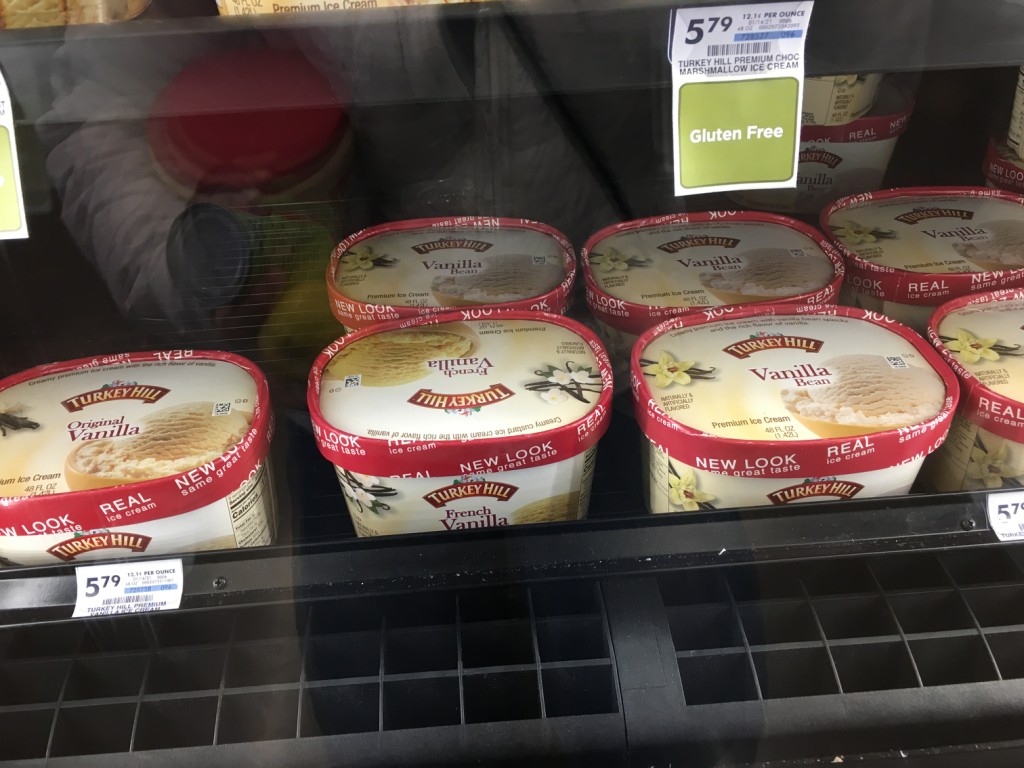 WHY are there SO many varieties of vanilla ice cream?! Turkey Hill has "Original Vanilla", "French Vanilla", "Vanilla Bean", and even "Homemade Vanilla"! (not pictured because there's not enough space in the picture to even capture the insanity) Turkey Hill, I know that you did not make that vanilla ice cream in a home. Don't give me that false advertising.

If one of my close friends read this, he would say "Meyling, you're just mad they don't have coffee ice cream." And he would be right. I am mad at Giant Eagle's lack of coffee ice cream. Coffee is a staple. You can't tell me you need four varieties of vanilla, but you don't need coffee.

You're probably wondering, did you even buy any ice cream? Well, I sorta did. 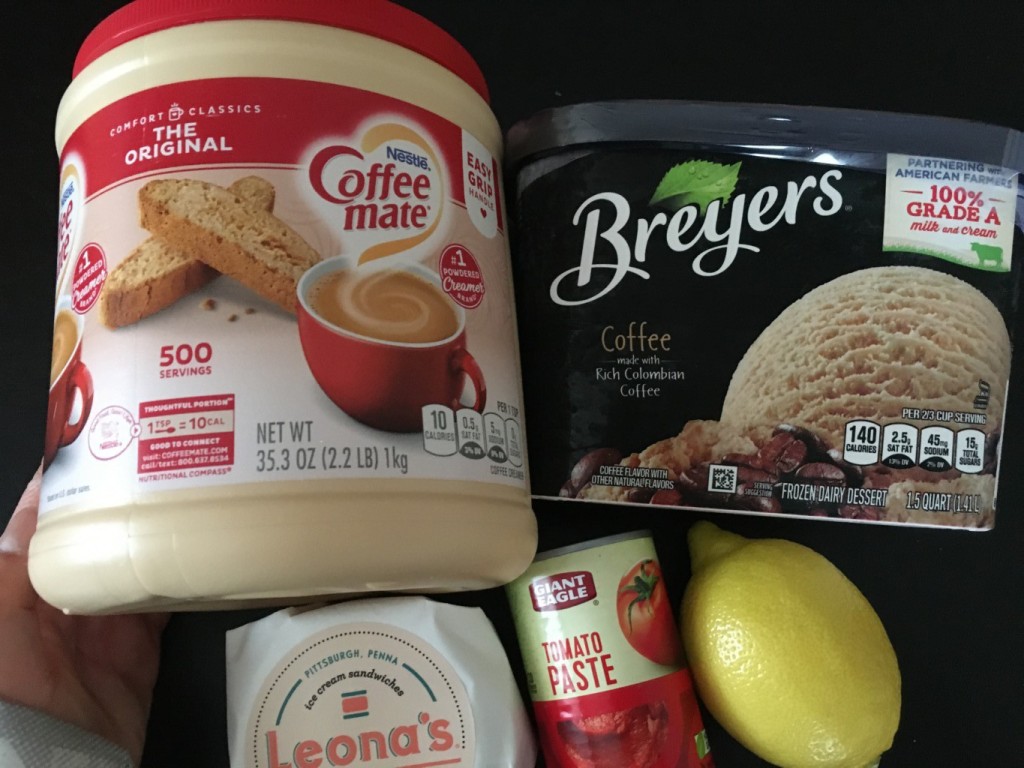 Breyer's was on sale so I settled for their "Frozen Dairy Dessert" that we all know is not real ice cream. I also tried a so-ridiculously-expensive-that-I-don't-want-to-say-how-much-it-was Leona's ice cream sandwich that was labeled "Chai Tea/Coffee". I still don't know if it was the ice cream that was supposedly coffee-flavored or the cookie.

Okay. Ice cream rant over. Here's what I ate this past week.

I don't think I'll ever order from that dim sum place again. I miss real dim sum. When we get back to a normal, COVID-19-free world, that's the first thing I'm eating.