Last week I had bought Thai basil so I could put it in my green curry. In hindsight, I should have either put all of it in the curry, or just not bought it at all. Because what that left me with was some basil that was starting to look kinda sad. But that's okay! I can just put it in another stir fry! A bunch of leaves were getting really dark, so I did throw some out, but it still smelled fine, which is the the important part. 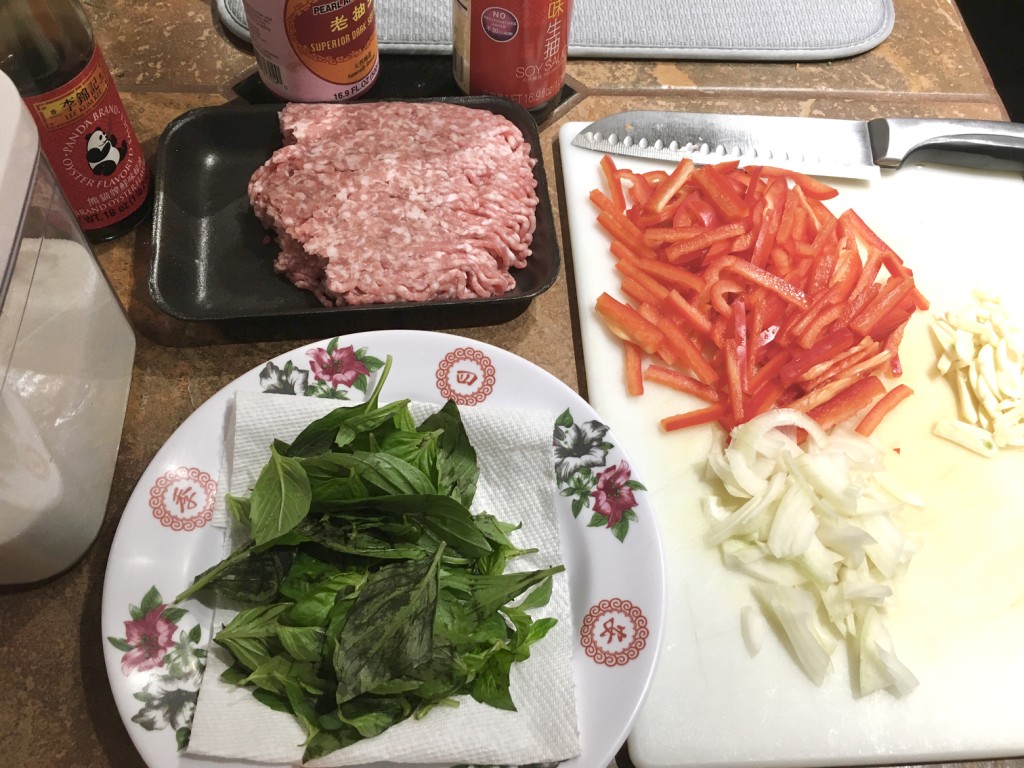 I decided to make Pad Kra Pao (Ground pork and basil stir fry) since it looked easy. And it was, but I realized I deviated a lot from the recipe: 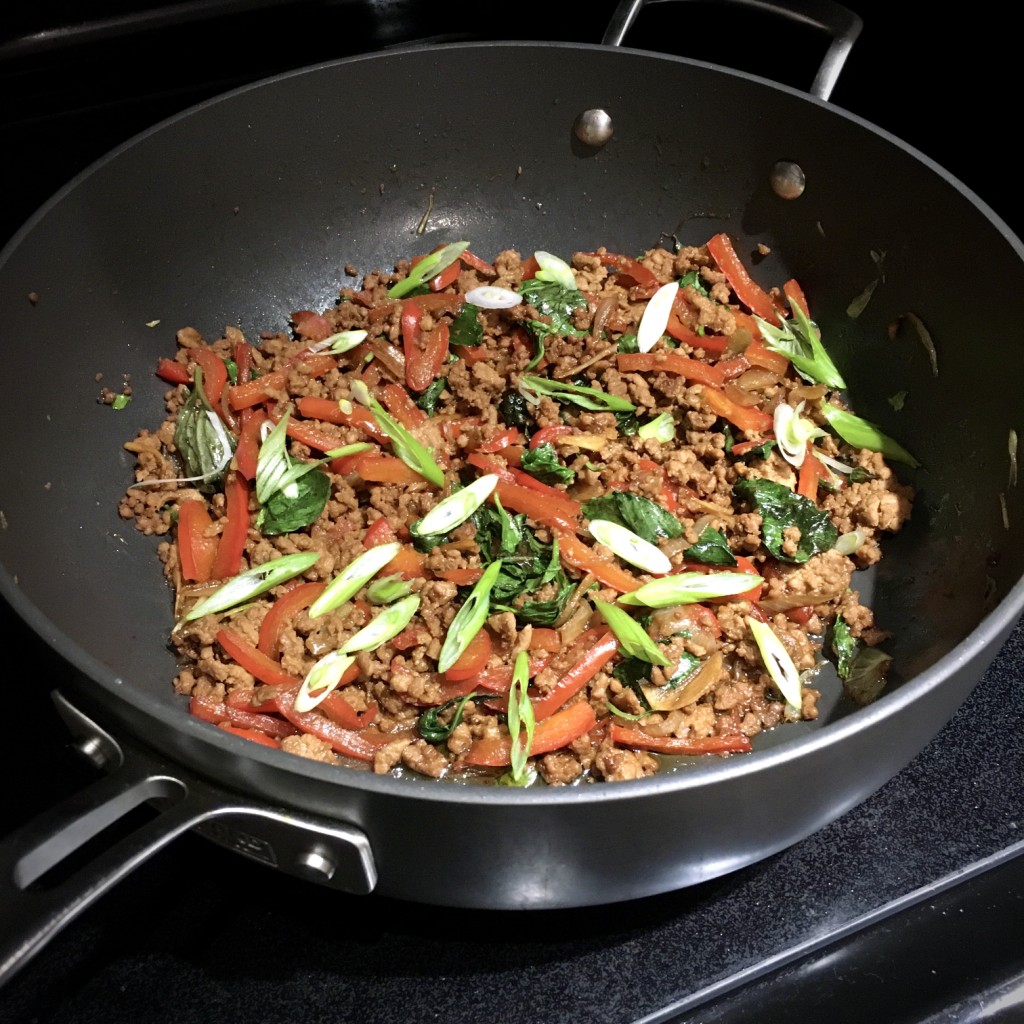 As I was just about done cooking this, I had a realization. I didn't make rice yet! So, there I was, frantically getting rice, washing it, and then putting it in the rice cooker. And then I figured I should cut up a green onion to garnish this dish. I was getting really impatient, and right as the rice cooker clicked to "Warm" I took some rice out.

I don't know if other people's rice cookers function like mine, but you pretty much always have to wait 5 or 10 more minutes after it claims to be done cooking before it's actually done cooking. So the rice was a little on the hard side. 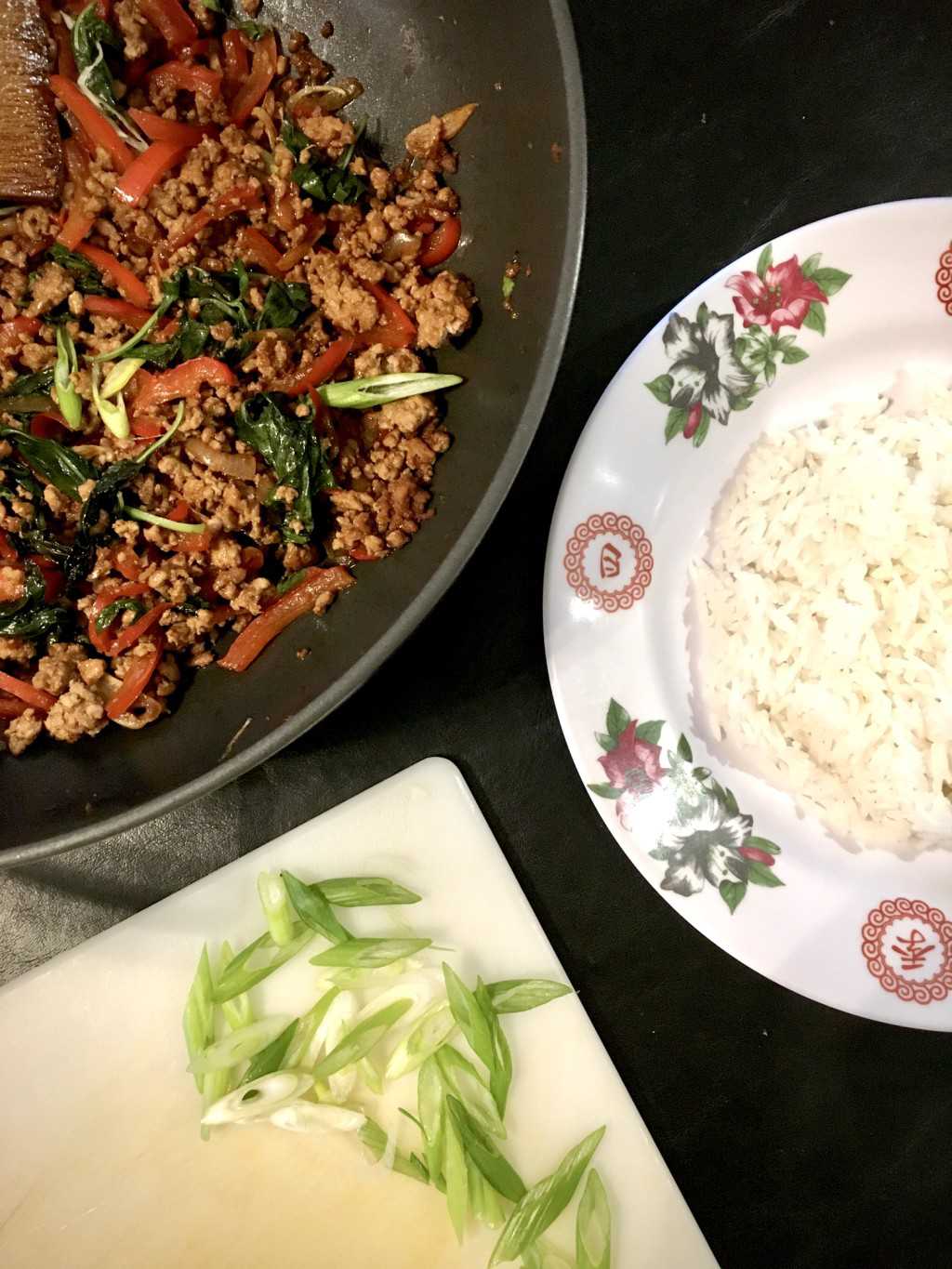 Slightly undercooked rice aside, this was very good.